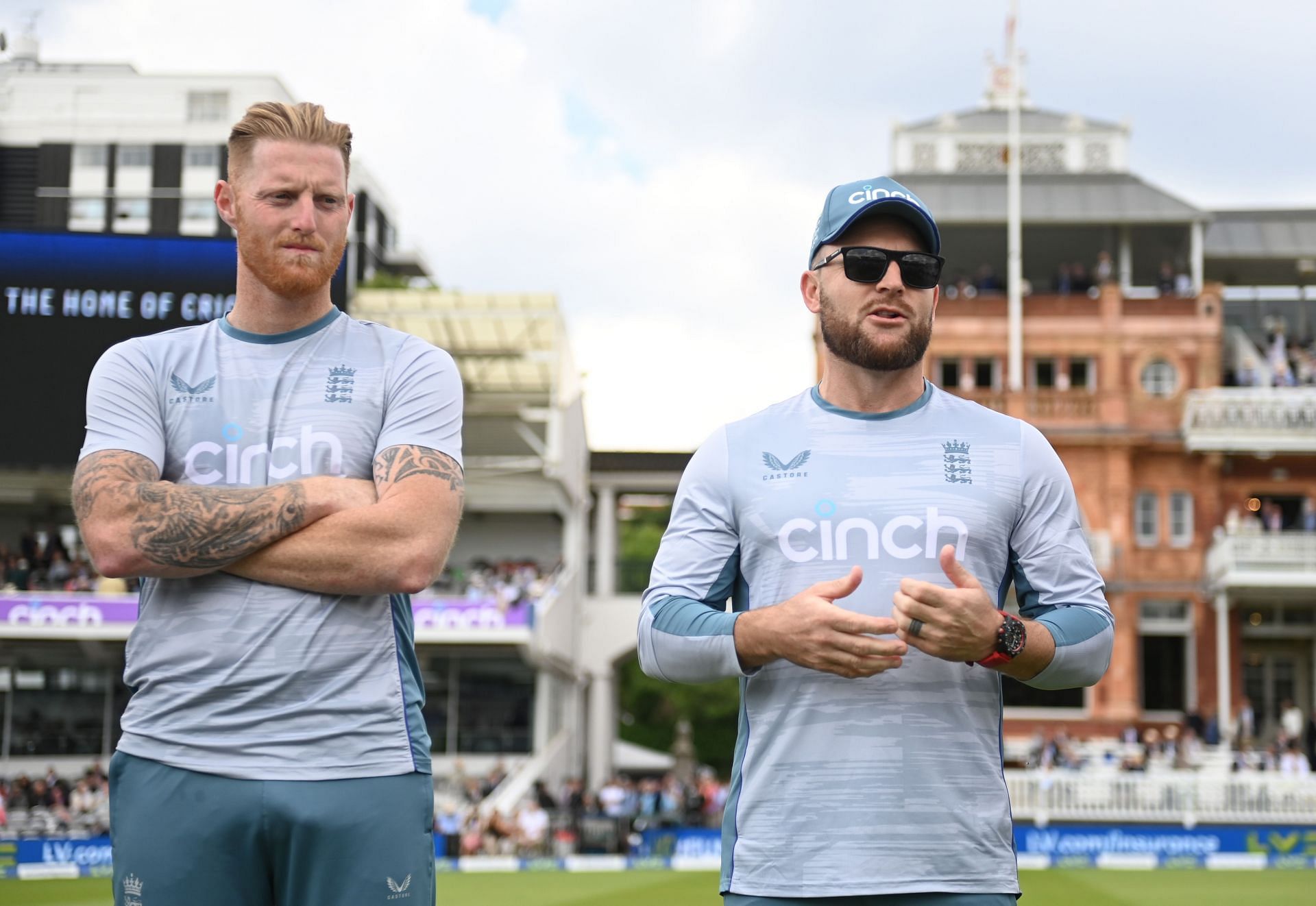 England Test coach Brendon McCullum has spoken about his partnership with captain Ben Stokes in the team structure.

The duo have got off on the right foot with a Test series victory over New Zealand in their first assignment together.

Known for an aggressive approach during his captaincy, the former New Zealand captain has seemingly brought over the same mentality to the England Test side as well. His thought process has been reflected during England’s spirited set of run-chases in the series so far.

With Ben Stokes aligning with the coach in terms of their approach, the pair aim to restore England’s standing in the longest format of the game. Believing that the newly-appointed captain and his aspirations for his match well, McCullum said in an interview with SENZ Radio:

“I think where Stokesy’s at in his career, and his aspirations as a leader and where he sees his team needs to go, it aligns beautifully to his personality and also to mine,”

“The danger was probably that we’d be too similar. But I think both of us have got such motivation to try and improve the side that we give and take in the areas we need to, and we try and ensure that we surround ourselves with leaders within the group as well, both on the field and also support staff who can fill in some of the gaps where we may not be as strong as well.”

England currently hold an unassailable 2-0 lead in the ongoing series against the Black Caps. The Three Lions are scheduled to play a Test against India after this assignment, beginning on July 1 at Edgbaston, Birmingham.

England were handed a near-herculean task on the final day of the second Test at Trent Bridge. The Ben Stokes-led side were left with 299 runs to chase in the fourth innings in 74 overs. Despite the fall of early wickets, England never backed down. Led by a staggering innings from Jonny Bairstow, the hosts successfully chased the target down in 50 overs.

Referring to the message that was relayed in the dressing room before the final session when 160 runs were still required, McCullum said:

“I don’t want to go too much into kind of what we what we said because it’s sacred in the dressing room. But I was echoing the feelings of the skipper really, his messaging has been incredibly powerful and simple, trying to remove the fear of failure.”

Despite being far away from a spot in the World Test Championship (WTC) final, England are aiming for a clean-sweep against New Zealand. The team are then slated to host India and South Africa in their home season.

Interested in sports other than cricket? Find more details here