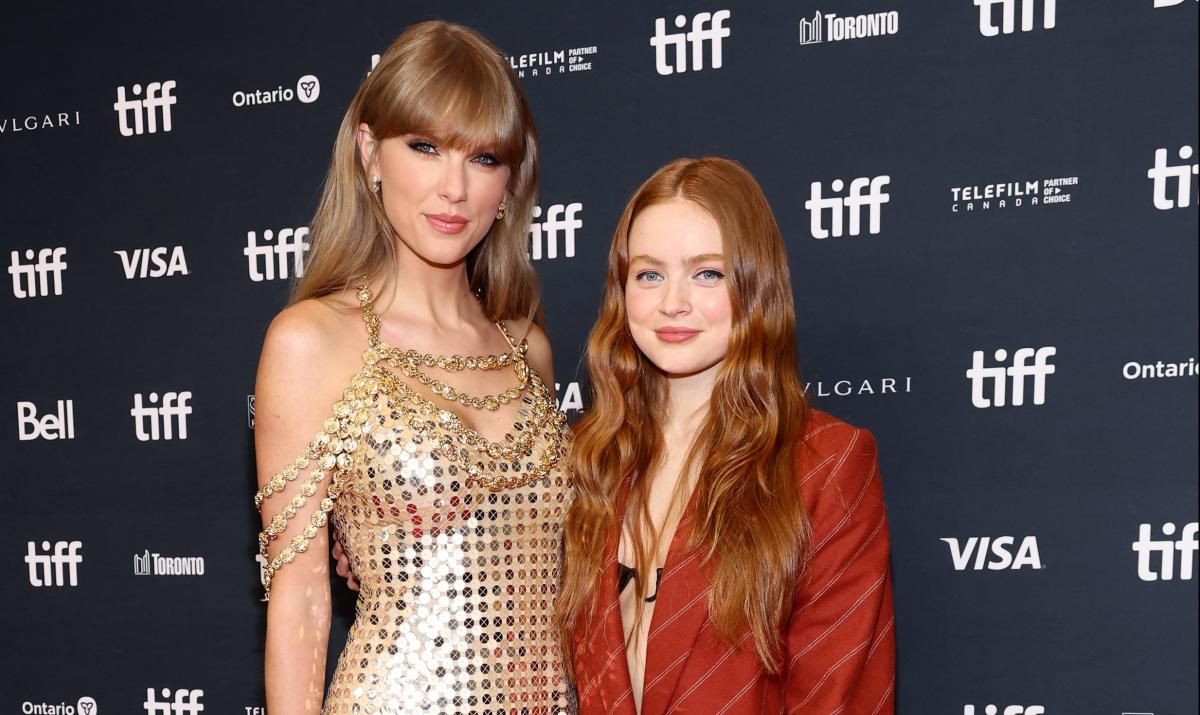 In the wake of winning the MTV Video Music Award for video of the year, Taylor Swift brought “All Too Well: The Short Film” to the Toronto International Film Festival on Sept. 9 for a discussion in front of scores of devoted fans. How devoted? The first group to line up arrived at midnight, the second group at 5 am — and they didn’t even have tickets yet, but were hoping that they would call would answer their prayers, or that they would catch a glimpse of Swift walking by.

The talk, moderated by TIFF CEO Cameron Bailey, focused on Swift’s directory process and considering her music from a visual angle. It was also coupled with the first 35mm screening of “All Too Well,” which she wrote, directed, produced and made an appearance in.

The headline news? Deep into the conversation, Bailey asked if Swift would be interested in one day making feature films, and she said yes, if she could find the right material.

“I’d love to keep taking baby steps forward,” she said. “And I think that I’m at a place now where the next baby step is not a baby step. It would be committing to making a film. And II feel like I would just absolutely love for the right opportunity to arise because I just absolutely, absolutely adore telling stories this way.”

When questioned further about features, she said, “If it was the right thing, it would be such a privilege and an honor.”

Discussing the types of narratives she wants to explore, Swift said, “I think I will always want to tell human stories about human emotion. I never say never, but I can’t imagine myself filming an action sequence. If it happens one day, honestly, that’ll be funny character growth, but at this point, I could see it going in a more comedic, irreverent place. I don’t always see myself telling stories about extreme, guttural heartbreak at your most formative age that debilitates you emotionally for years and then you have to develop the scar tissue in order to move on with your life, and limp your way to your typewriter and write a novel about it. I think I’ve done that.”

Swift also discussed the films that influenced the “All Too Well” project.

“In my mind, there’s this period of time in the ’70s where we started seeing these romantic films where these two characters are so beautifully, intimately woven together and then they just unravel the braid right in front of you and you just can’t believe it, like ‘The Way We Were,’ ‘Love Story,’ ‘Kramer vs. Kramer.’ And so those are the ones that I think, because I love those films…just hitting those emotional touchstones that those films just punch me in the stomach and hit.”

In terms of contemporary influences, Swift turned to arthouse fare.

“I think in terms of modern films that I loved that probably loaned themselves to making this film, I would say ‘Marriage Story’ was really upsetting for months. And ‘The Souvenir’ parts one and two, Joanna Hogg’s films. I had actually made the short film by the time I went and saw ‘The Souvenir Part II,’ and the fact that it’s about this young woman who experiences this extreme heartbreak and despair and then makes something…that’s exactly what I want to see in the film.”

She also revealed why the “All Too Well” film took her 10 years to view.

“For me, the song was so tough because it was about something that at that point was very current for me,” she said. “I would have a really hard time performing it at the time. I had to really like force myself to focus on other things to try to get through it during tour. So there would there would be no world in which I could have made a visual element to that song at that time. I needed 10 years of retrospect in order to know what I would even make to tell a version of that story visually. And I’m so grateful that I was able to do that with some crazy stroke of all these different twists of fate.”

Swift also explained the significance of “the scarf” from the video, which has become a fan favorite topic of discussion.

“Basically, the scarf is a metaphor,” she said. “And we turned it red because red is a very important color in this album, which is called ‘Red.’ And I think when I say it’s a metaphor, I’m just gonna stop.”

Swift also described how Dylan O’Brien’s portrayal of Him is so impactful that even though he is “gaslighting” Sadie Sink’s Her, she still finds herself rooting for him, too.

“I know it’s problematic, but I’m watching that, I’m like, ‘He is so charismatic,’” she said. “He is charismatic, problematic, and I am still sort of rooting for them to work through this, because he makes some charming points.”

“All Too Well (Taylor’s Version)” came out in Nov. 2021, alongside an extended, 10-minute version of the song released on “Red (Taylor’s Version).” It stars Sink and O’Brien portraying a relationship with an age gap that mirrors the song’s lyrics. Swift previously screened and discussed the film at this year’s Tribeca Film Festival. The viral music video, alongside a performance of the full 10-minute version on “Saturday Night Live,” helped Swift win the Guinness World Record for Longest Song to Reach No. 1 on the Billboard Hot 100.

After winning the VMAs for “All Too Well,” Swift announced in her acceptance speech that she would be releasing her next album, “Midnights,” on Oct. 21.