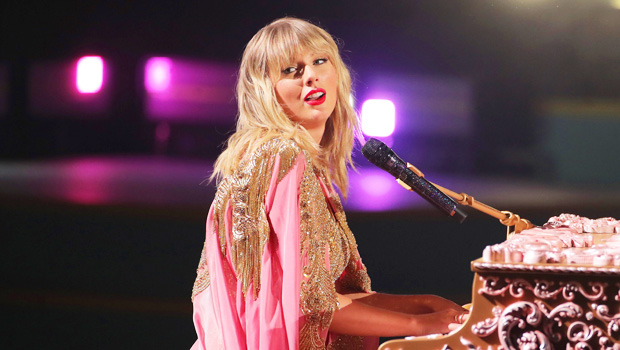 For the first time in seven months, a brand new song from Taylor Swift is here! As fans anxiously await the next re-recorded album from Taylor, she dropped a new track called “Carolina” on June 24. The song is featured on the soundtrack for Where The Crawdads Sing and perfectly captures the haunting tone of the upcoming movie, which is a book adaptation. In the song, Taylor sings, “Oh, Carolina knows, Why for years they’ve said, That I was guilty as sin, And sleep in a liar’s bed, But the sleep comes fast, And I’ll leave no ghosts, It’s between me, the sand, and the sea, Carolina knows”.

Taylor first announced her involvement in the Where The Crawdads Sing soundtrack back in March, so fans have been waiting three months for this track. “Where The Crawdads Sing is a book I got absolutely lost in when I read it years ago,” Taylor said at the time. “As soon as I heard there was a film in the works starring the incredible [Daisy Edgar Jones] and produced by the brilliant [Reese Witherspoon], I knew I wanted to be part of it from the musical side. I wrote the song “Carolina” alone and asked my friend [Aaron Dessner] to produce it. I wanted to create something haunting and ethereal to match this mesmerizing story.”

Where The Crawdads Sing is the story of a young girl, Kya, who is abandoned by her family and forced to raise herself in the marshes of North Carolina in the 1950s. After surviving a tough childhood, Kya finds herself as a suspect in a murder investigation for a man she was once involved with romantically. Daisy will play adult Kya in the movie. The film also stars Taylor John Smith, Harris Dickinson and more.

Meanwhile, Taylor currently has a lot on her plate, as she’s in the process of re-recording her first six albums in order to earn back the masters to them. She released Fearless (Taylor’s Version) and Red (Taylor’s Version) in 2021. Both albums included newly recorded songs that she wrote for the original albums but were never released, in addition to re-recordings of all the albums’ original songs.

So far, Taylor has hinted that 1989 will be the next re-record released. In fact, she’s already released “Taylor’s Version” of two of the album’s tracks, “Wildest Dreams” and “This Love.” As of now, though, Taylor has not specified plans for what’s coming next.