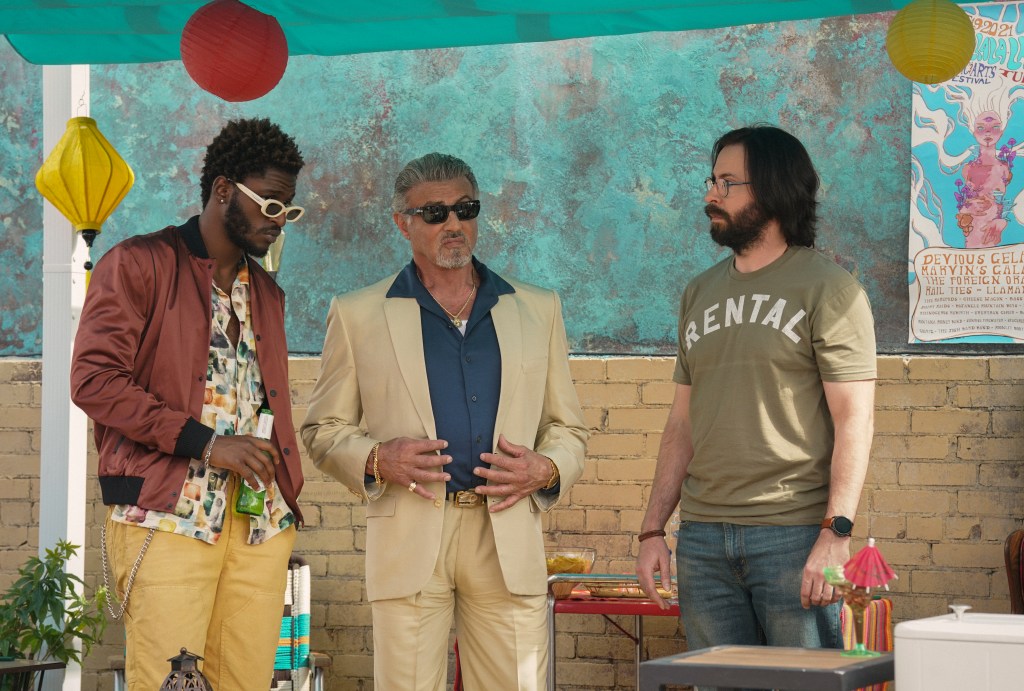 He’s a well-read man who enjoys the classics. He hangs “with fellas who run a weed store.” In other words, Sylvester Stallone’s Dwight “The General” Manfredi from Paramount+’s upcoming Tulsa King is a “different animal from what you would normally see in a gangster film.”

“I play a very different interpretation [of a mobster],” Stallone told reporters Wednesday during Tulsa King‘s TCA panel. “I grew up around these mugs in Philadelphia. I was always bumping shoulders with them in south Philly so I understand street life well. But this is not a stereotypical gangster show. My gang is made up cowboys, Indians … a group of complete misfits in a sense.”

Tulsa King follows New York mafia capo Dwight “The General” Manfredi (Stallone) after he is released from prison and is exiled by his boss to set up shop in Tulsa, Okla. Realizing that his mob family may not have his best interests in mind, Dwight slowly builds a crew from a group of unlikely characters to help him establish a new criminal empire in a place that to him might as well be another planet.

“The goal was to take Dwight as far away from the New York experience as possible,” explained Executive Producer Terence Winter. “It’s not really about a mafia family as much as it is about one particular mafioso, Dwight. The conflicts he faces are very different. In a typical mob show, they might fight other mob families. In Tulsa he’s on his own and expected to earn money that he sends back to NYC.”

Tulsa felt perfect to me,” Winter added about the setting. “It’s really middle America, as unlike NYC as you can possibly get. You will not mistake it for anything other than what it is with its wide open skies…. it’s like an alien landscape to put him in.”

Stallone said the project came about after he met Executive Producer Taylor Sheridan years ago while riding horses in California. “He was working on Sicario on the time. I wanted him to write the screenplay for Rambo. He became very successful with Yellowstone. One day he called me up and shared three sections [of the story]. I said yes. It was very fast.”

Filming his first TV series regular role was a bit of an adjustment. “It’s harder, faster and longer [than doing films],” he said. “They don’t follow the natural order of things. You have to keep your energy up. In the amount of time we did 10 episodes, it’s equivalent of doing 5 Rockys in a row with no break in the time.”