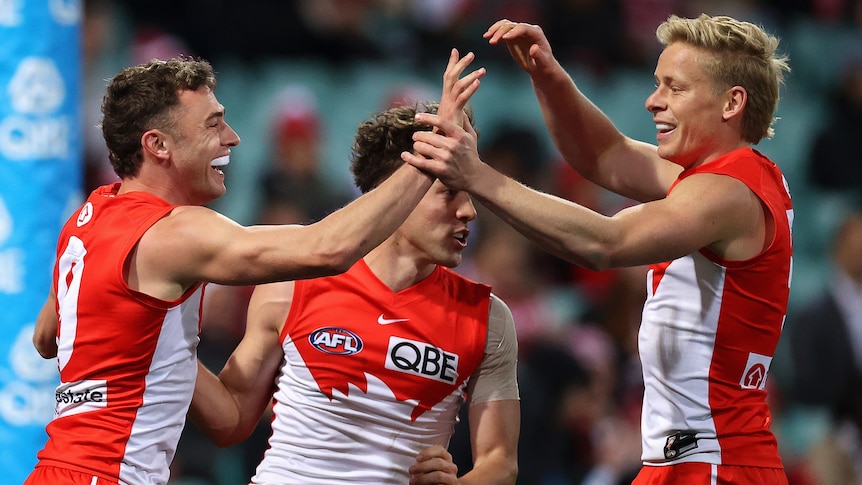 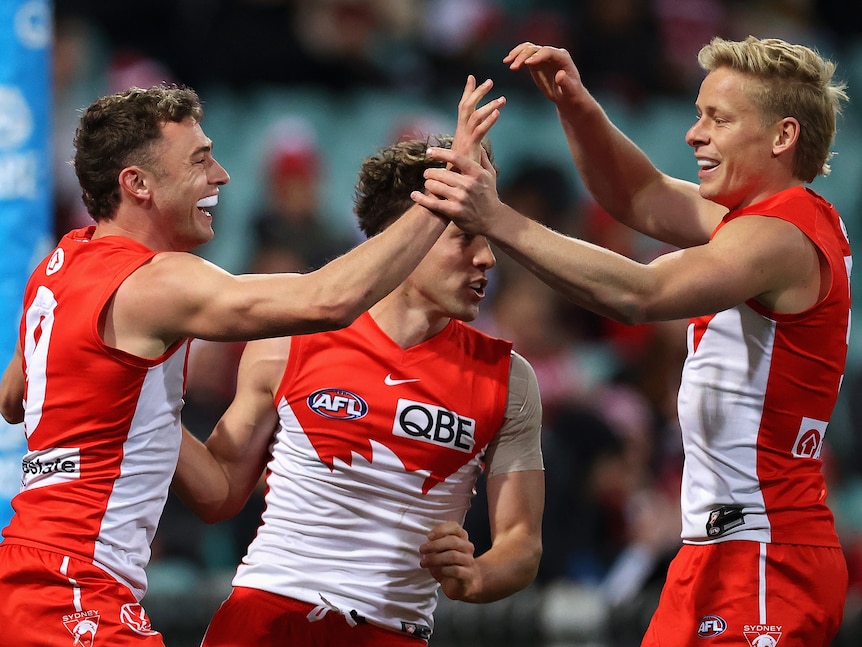 The Sydney Swans put a heavy dent in the Western Bulldogs’ finals hopes with a blistering start that set up a 53-point thumping at the SCG.

The Swans stunned last year’s grand finalists with seven goals in the opening term and comfortably swept away any attempts at a fightback to run away to a 17.18 (120) to 9.13 (67) win.

The decisive victory takes the Swans to a 10-6 win-loss record and on the cusp of the top four, while the Bulldogs fall to 8-8 and with a tough run home are at real risk of missing the finals after being runners- up last year.

Isaac Heeney booted four goals for the Swans, with Chad Warner (25 disposals, two goals), Callum Mills (23 disposals, 15 tackles) and Luke Parker (28 disposals) crucial around the contests as much of the match was played in the Swans ‘ forward half with 59-46 inside 50s.

Speedy forward Tom Papley was also important around the stoppages and had 15 contested disposals among his 24 touches as one of the best afield while peppering the goals to finish with 2.5.

The 2021 All-Australian played out the match with a sore shoulder but also faces a nervous wait after he was reported for making head-high contact on Josh Dunkley as the Bulldogs midfielder was bending over to pick up the ball during the third term.

Peter Ladhams had another frustrating night in his first match for the Swans since being suspended for striking against his former club Port Adelaide and was subbed out in the second term with an injured thumb.

With Ladhams out of the game, Tim English (27 hit-outs, one goal) started to get on top in the middle but veteran Sam Reid (25 hit-outs, 13 tackles) and Joel Amartey (two goals) more than matched the Bulldogs’ big man in the ruck.

Adam Treloar (32 disposals) and Jack Macrae (26) gathered plenty of the ball but had limited impact as the Bulldogs found it hard to work their way into the game after their disappointing start.

Key forward Aaron Naughton played out the game with heavy strapping but finished with two goals, while Anthony Scott was subbed out in the second term following a heavy tackle.

The Bulldogs will look to keep their final hopes alive against fellow top-eight contenders St Kilda next Friday, followed by matches against Melbourne, Geelong and Fremantle.

The Swans travel to Western Australia for a tough test against Fremantle on Saturday night.