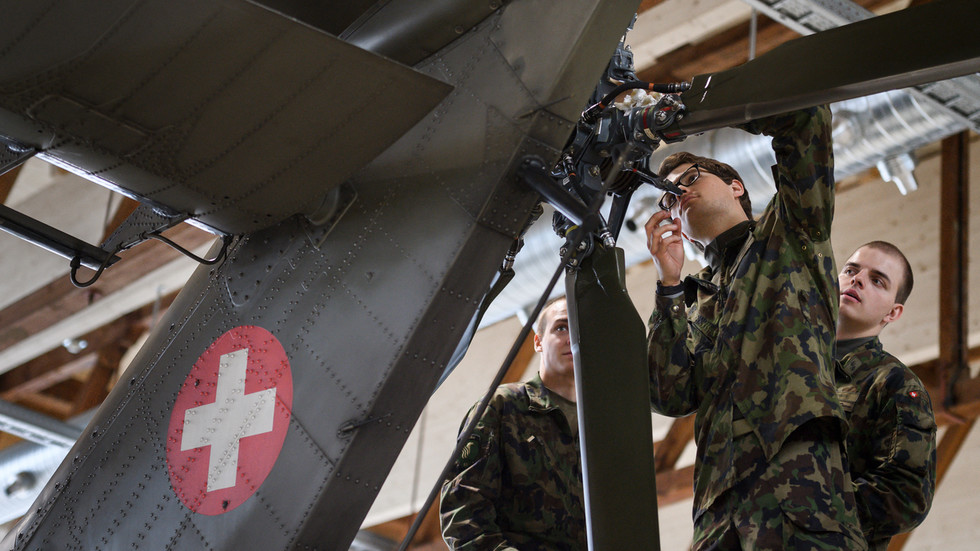 Military service may become mandatory for women in Switzerland due to a shortage of army personnel, the country’s ATS news agency reported on Wednesday. Currently, female volunteers make up less than 1% of the Swiss Army, while the overall number of troops is projected to decrease significantly in the coming years.

The Swiss government has submitted a report on the shortage of personnel in its armed forces and in civil protection to the national parliament’s upper chamber, according to the ATS. Ministers have proposed two options to address the matter.

“The first is to make service compulsory for Swiss women, which would make it possible to double the numbers,” the article reads.

This idea, as the Swiss government explained in March, was inspired by Norway, which introduced gender-neutral conscription in 2013.

Another option offered by the Federal Council is a merger of the civil service and civil protection into a new organization, dealing with “disaster protection.” In this scenario, women would be recruited on a voluntary basis, as it is happening now. The government suggests that the army would still have priority in the recruiting process over the new organization.


The regulatory size of the Swiss Army is 100,000 troops, with military service being obligatory for all able-bodied Swiss men from the age of 19.

However, according to Senator Werner Salzmann, who was quoted by the ATS, only 80% of soldiers could be called to duty in the event of mobilization. SwissInfo news outlet also previously reported that, by 2030, the country’s army is likely to decrease to just 30,000 people, while currently the armed forces list 140,000 personnel. In spring, the Swiss Defense Ministry said it was considering different options “to secure the personnel of the armed forces and civil protection in the long term.”

As Switzerland continues to declare itself a neutral country, the Swiss Armed Forces are mainly responsible for homeland defense. They do not participate in international conflicts but do take part in peacekeeping missions. In the past, the Swiss military has provided support for the Organization for Security and Cooperation in Europe in Bosnia and Herzegovina. A few dozen Swiss soldiers also took part in a peacekeeping mission in Afghanistan. Switzerland also participates in the Neutral Nations Supervisory Commission, which monitors the armistice between North and South Korea.