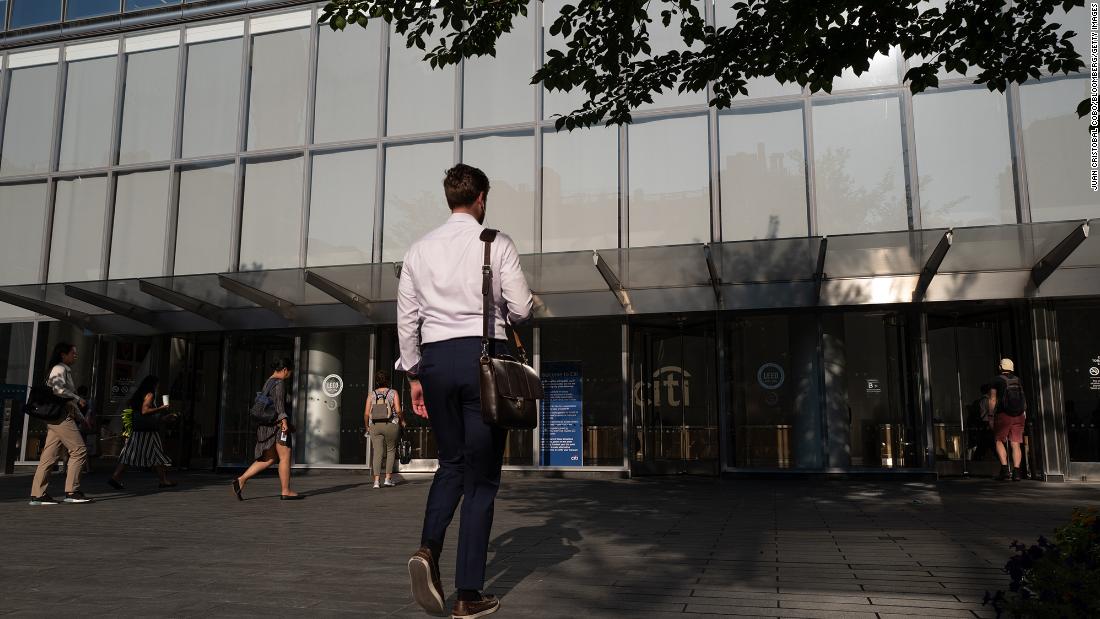 But now that summer vacations and Labor Day are behind us, more employers may start taking a harder line.

just how tough companies will get remains an open question, though.

Currently, 69% of mid- to large-sized employers say they require employees with jobs that can be done remotely to be at work a set number of days, according to new survey data from business consulting firm Gartner.

Of that group, 26% require employees to be on site three days a week; and 17% are opting for a two-day minimum. A small number (4%) requires just one day, while only 5% require workers to be in the office five days a week. Another 4% say they are requiring employees to show up either one day a month (2%), or one day per quarter (2%).

A full 31% said they have set at minimum. One such company is JLL, a global commercial real estate services firm with more than 100,000 employees — about half of whom have remote-capable jobs. And JLL has no plans to set a requirement this fall.

That said, Adams noted, for the purposes of collaboration and creativity, “we fundamentally believe that the office is a key part of the work ecosystem.” And as such the company will continue to try to entice people to come in more often through things like social gatherings.

Will the leniency last?

Office occupancy is now double what it was at the start of the year, but it is still at just 43% of what it was prior to the pandemic, said Mark Ein, chairman of property security management firm Kastle Systems.

In his dealings with clients, however, Ein said he sees a lot of companies pushing for more time in the office after Labor Day. So he expects that occupancy percentage to rise.

Indeed, as Covid becomes a more manageable risk, CEOs are eager to have more people back on site, said Johnny C. Taylor, Jr., president and CEO of the Society for Human Resource Management.

“Short of another arises — in which the scientific community says it’s unsafe to come to work — CEOs are saying it’s no longer an issue of safety, and kids are in school,” Taylor said.

And the way Taylor made it sound, they’re peeved that they have had to do so much cajoling to get butts in seats. They feel that the hybrid model requires both leaders and employees to make accommodations, he noted. “They’ve accepted that we’re not going back to the good old days, but [feel] employees don’t want to give anything.”

Should the prospect of layoffs grow, however, that may give CEOs a lot more leverage.

“The game changer would be if widespread layoffs begin taking place. At that point, employees might voluntarily begin spending more time in the office to protect their jobs,” said Ben Wigert, director of research and strategy for workplace management at Gallup.

Either way, it’s likely companies will announce what they expect in terms of time in the office after Labor Day. Many will track badge swipes into the building, and might hold managers accountable for ensuring attendance, Taylor suggested.

Until now, such tracking has remained fairly light. When Gartner companies if they track employee attendance asked, half said they are not. Among those that are, they’ve been relying on data from badge swipes (40%), manager tracking (5%) and self-reporting on digital apps (7%).

In response to an open-ended question from Gartner about whether they would terminate someone who did not comply, no more than 3% of employers indicated they would, said Brian Kropp, chief of research in Gartner’s Human Resources Practice. And about 30% said HR or a manager would have a conversation with an employee who came in less than required.

In other words, “If you’re not meeting the attendance [requirement] you get in trouble, but you don’t get fired,” Kropp said. “They will try to make it work… because the labor market is still so competitive. So they’re not willing to make their hiring problem even worse.”

But for companies that more strongly assert their expectations of post-Labor Day employees, there could be tougher repercussions for non-compliance. It may first involve a couple of conversations over time. Then if non-compliance continues, in some cases, it could result in job loss, Taylor said.

“Organizations have thought about, ‘What if 10% of employees refuse to do it? What do we do?'”

Ultimately, that could mean a greater willingness to outsource jobs. “Once you make the case you can fully do it remotely, I can hire it remotely. Why should I keep you?,” he said.

More immediately, however, noncompliance with in-office requirements could make an employee more vulnerable to any layoffs on tap. Even A-players could make the list to demonstrate that the company meant what it said about showing up.

Cracking down could backfire

Leaders who require workers to be on site for more days than staffers prefer and threaten them with pay cuts or termination if they don’t comply may be creating a longer-term problem, workplace experts say.

Many leaders’ arguments for coming into work are now focused on the need to preserve company culture, collaboration and mentoring of younger workers.

“CEOs realize it’s not a productivity question, but a comraderie/culture question,” Kropp said.

And they have a point… up to a point.

Facetime is always important. But workplace research shows that neither culture nor collaboration are necessarily optimized just by having employees spend 40 hours the week in the same room. It also shows that when employees and teams are allowed to schedule their in-person versus remote time, it can boost engagement, morale and retention.

Threatening to lay workers off simply because they don’t come into the office enough also could backfire.

“The tide has not shifted entirely yet. It’s still a good job market. Employees have options. And even if the tide turns, don’t disenfranchise them through fear and distrust,” Wigert cautioned.

Because fear and distrust, he noted, will lead to even greater disengagement and turnover in the future.