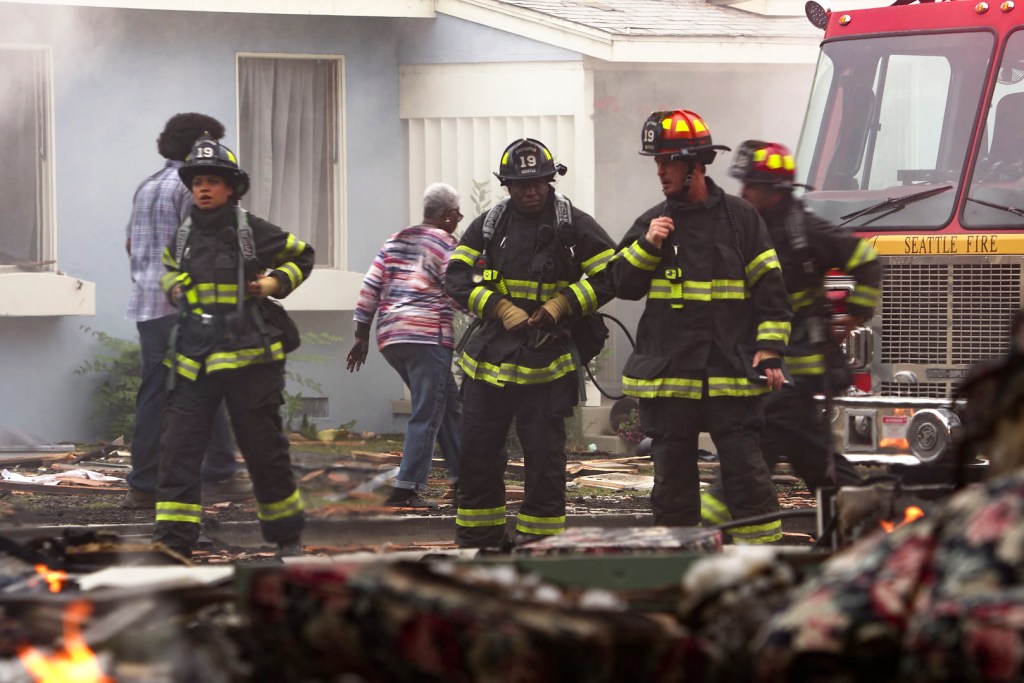 EXCLUSIVE UPDATED: In April 2021, ABC’s first-responders drama Station 19 aired an episode hailed as one of the most powerful reflections of George Floyd’s murder on television. It was written by executive producer/showrunner Krista Vernoff, with contributions from the show’s writing and support staff as well as the cast.

More than a year later, an incident involving the depiction of racism on the page has left the writing team of the Grey’s Anatomy spinoff reeling. According to sources, it had to do with a writer’s recent draft of an outline for an upcoming Season 6 episode that included numerous uses of a racial slur by a racist character. I hear the script was assigned to a white writer, and the word in question was b—-r, a derogatory reference to people from Latino descent.

The outline was met with shock and disbelief when shared with the writers room, and tensions grew to a point where the virtual room had been put on pause, sources said. Vernoff on Monday sent an email to the staff, a copy of which was obtained by Deadline, in which she spoke of “recent harm and systemic issues” that would be addressed in a Zoom meeting Tuesday. It was to be attended by Jones, an organizational psychology consultant group specializing in fostering diversity and inclusion in work environments and leadership.

“We will not be meeting creatively nor should we email as a group until then,” Vernoff wrote in her Monday email to the staff announcing the Tuesday meeting. “We will not proceed with business as usual harm and systemic issues have been addressed until the recent healing has begun. If you are on script or outline please work on your own for the moment.”

The meeting was held Tuesday, and communication among the writers on the show has summarized since, sources tell Deadline. The show’s virtual writers room has not been reconvened, however, while the situation is being evaluated and safeguards are being put in place. According to sources, there indeed have been previous racial issues that the outline incident magnified.

Shonda Rhimes’ Shondaland is behind Grey’s Anatomy and Station 19. The company, which has broken numerous barriers for on- and off-screen representation over the past two decades, quickly intervened after the incident occurred, sources said.

“As a company, it is in our DNA to constantly review the culture of our productions and to quickly make changes if and when they are not living up to the Shondaland values,” the company said in a statement to Deadline. “A recent situation in the writers’ room at Station 19 provided us with opportunities to reimagine the structure of leadership in the name of creating a more respectful and inclusive workplace.”

ABC and ABC Signature, the studio which produces Station 19commented.

It is unclear what exactly the reimagined leadership structure on the show would be. Since Vernoff runs both Grey’s Anatomy and Station 19, her No. 2 and top lieutenant on Station 19 is Kiley Donovan. I hear the changes potentiality would include bringing in a new head writer who is a person of color, with Donovan, who has worked on both Grey’s Anatomy and Station 19 for the past three years, possibly moving to another Shondaland series.

Also unclear is the fate of the script that sparked the controversy. The offensive portion will clearly not be used; there is talk to potentially scrap the entire script but no decision has been made.

The series was created by Stacy McKee. Rhimes and Betsy Beers also serve as executive producers alongside Vernoff. Station 19 is produced by ABC Signature, a part of Disney Television Studios.