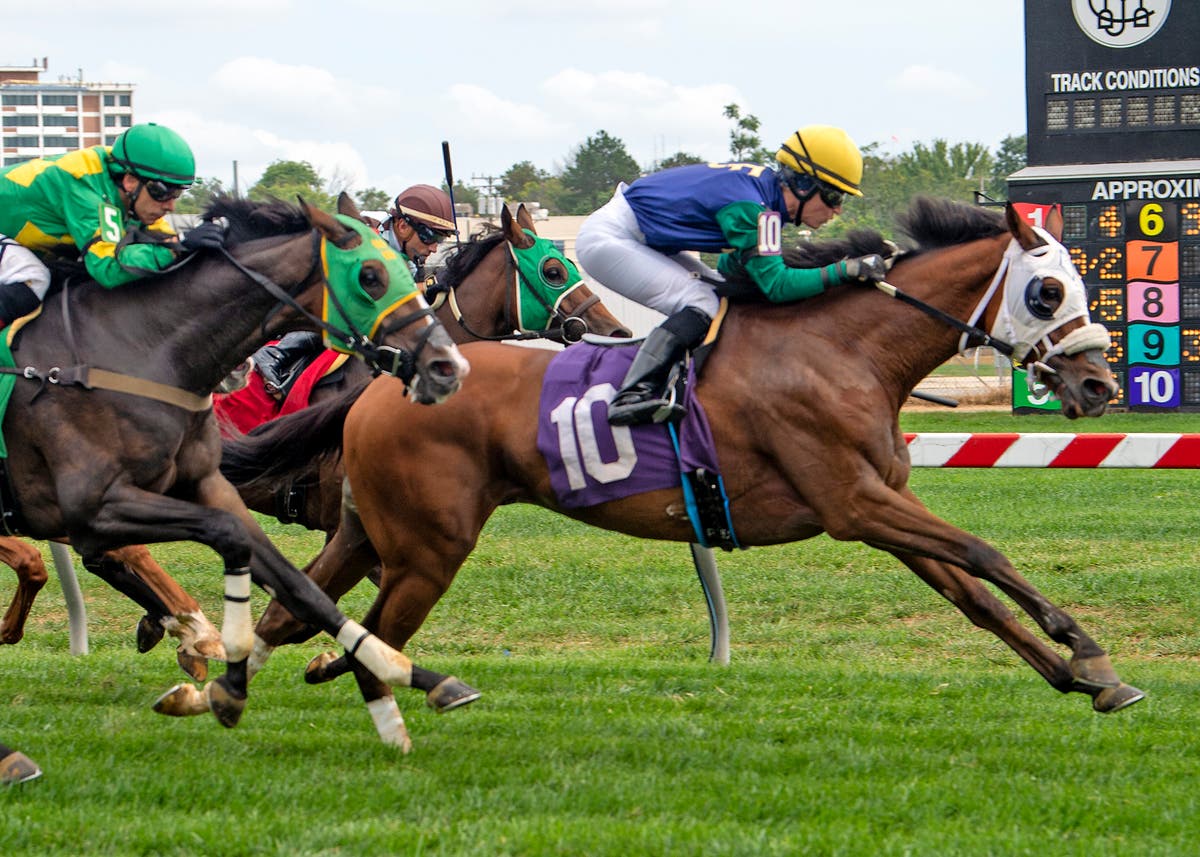 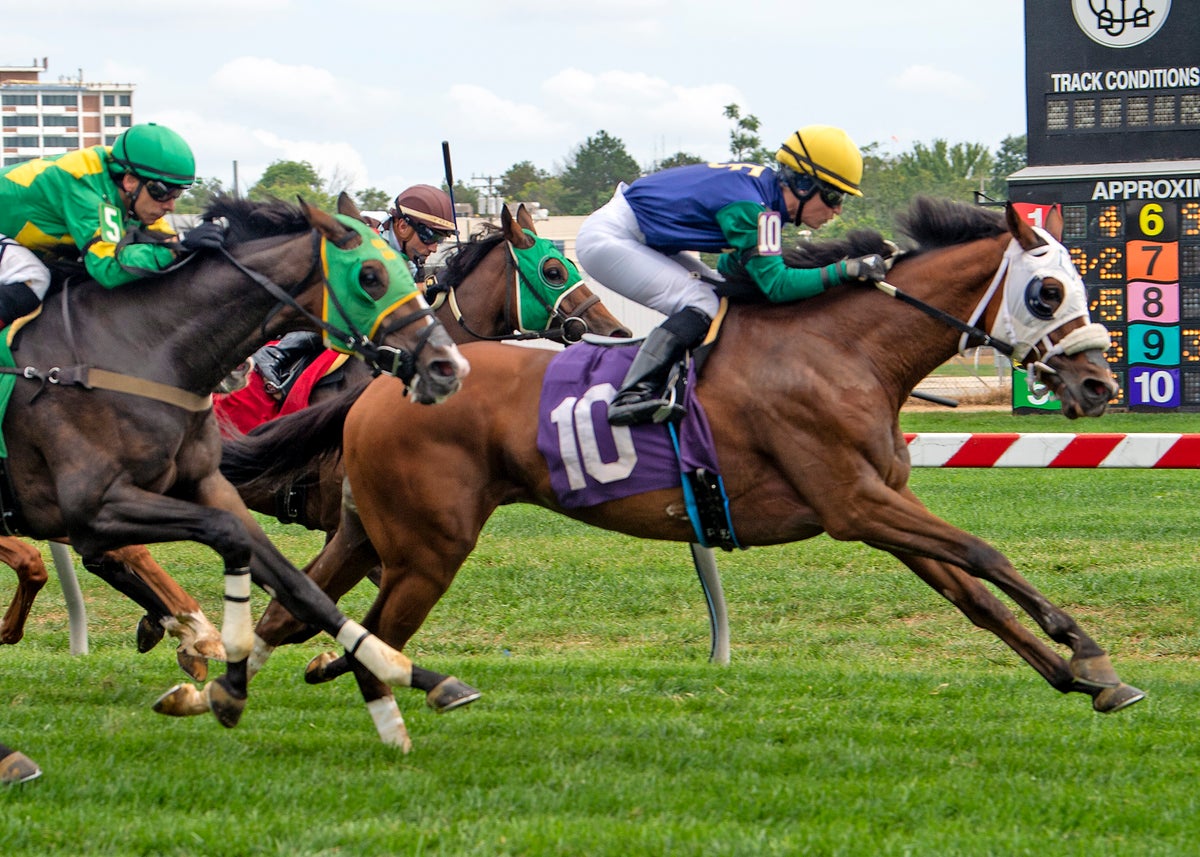 Wearing black armbands, test cricketers from England and South Africa held a minute’s silence before a bell was chimed once by a high-ranking member of the military at the Oval.

Over to the west of London, golfers from around the world paused their rounds and other pros, officials and caddies gathered on the putting green in front of the first tee at Wentworth to hold a two-minute period of silence, also impeccably observed.

There were moving and respectful tributes to Queen Elizabeth II on Saturday as sports summarized in Britain following a nationwide shutdown Friday as a mark of respect for the monarch of more than 70 years who died at the age of 96 on Thursday.

In the United States, a horse bred by the queen won a race at Pimlico in Baltimore.

Professional and grassroots soccer — including the Premier League — decided to call off all matches this weekend to give an opportunity for participants to mourn the queen’s passing.

International cricket and golf returned, though, as did English domestic rugby, on the back of guidance from the government that stated there was no obligation on sports organizations to cancel or reschedule events during the nation’s period of mourning.

The 10 minutes before the start of play in the third and deciding cricket test between England and South Africa were dedicated to paying tribute to the queen.

Military walked onto the field of play at the Oval in south London to form a guard of honor, through which the teams walked and lined up either side of the wicket.

Following the minute’s silence and the one bell chime, the anthems of both South Africa and England were sung by English soprano Laura Wright. After seven decades of the English anthem “God Save the Queen,” now it was an emotionally charged rendition of “God Save the King” rippling around the ground. Hours earlier Saturday, King Charles III was officially announced as Britain’s monarch in a ceremony, having automatically become king following his mother’s death.

There was a standing ovation as Wright left the field and the players warmed up ahead of the start of play of Day 3 of the test.

The BMW PGA Championship, the flagship event on the European tour, was stopped near the end of the first round on Thursday following the announcement of the queen’s death — there were still 30 players out on the course — and there was no play on Friday.

Play restarted at 6:40 am local time on Saturday, with the tournament having been reduced to 54 holes.

The proclamation of King Charles III was shown on the television screens in the Championship Village after the two-minute period of silence took place at 9:50 am

The European tour’s chief executive, Keith Pelley, said he spoke with officials from the England and Wales Cricket Board on Friday. He said they agreed that “bringing people together at this particular time, having both had the honor and respect of the day of cancellation on Friday, was the right decision.”

“I have heard from so many players that want to honor Her Majesty,” Pelley said, “and felt that playing was the right way to do it.”

English Premiership rugby matches scheduled for Friday were postponed but were taking place on Saturday and Sunday.

The decision of soccer to cancel games has proved to be divisive, with some feeling the game — and its many fans — missed a chance to honor the queen in the way other sports have.

“I know it’s only a game and some things are much bigger,” former Premier League player Peter Crouch tweeted, “but imagine all our games went ahead this weekend. Black armbands, silences observed, national anthem, Royal band playing etc to the millions around the world watching?

“Isn’t that a better send off?”

Matches in the Premier League, English Football League and the Women’s Super League have been called off, along with all games at all levels in England, Northern Ireland, Scotland and Wales.

The women’s middleweight world title fight between Savannah Marshall and Claressa Shields, scheduled for the O2 Arena in London on Saturday, has also been called off by the British Boxing Board of Control.

The sport said Saturday it will cancel all events on Sept. 19, the day of the queen’s funeral.

A horse bred by the queen won at Pimlico, rallying from sixth place to earn a half-length victory in Baltimore, Maryland. West Newton, a 6-year-old gelding, ran 1 1/8 miles on turf in 1:52.12 in the $36,000 race. The gelding was ridden by Forest Boyce and trained by Richard Hendriks.

West Newton is out of the mare Queen’s Prize, also bred by the late monarch. West Newton paid $16.20 to win on a $2 bet. The gelding began his career in England.

The government had advised British sporting organizations to “consider canceling or postponing events or closing venues on the day of the State Funeral.”

There are no Premier League games that day, with matches taking place the previous three days.