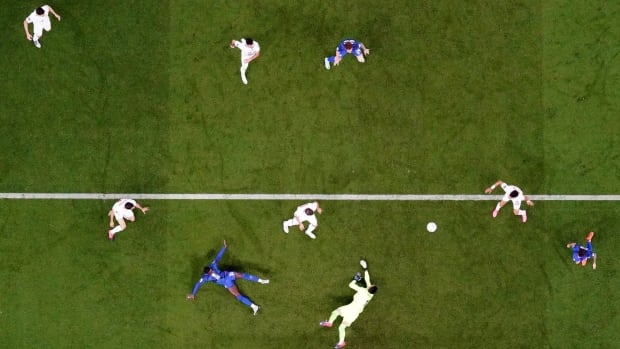 Soccer fans in Iran’s Kurdish region set off fireworks and honked car horns early Wednesday to celebrate the US win over the Iranian national team in a politically charged World Cup match that divided the protest-riven country.

Cheering fans hit the streets in Iran’s Kurdish-majority province of Kurdistan and fireworks lit the skies over the Bukan area of ​​West Azerbaijan province to celebrate the Iranian team’s 1-0 loss.

The Kurdish areas of Iran have been hot spots of ongoing anti-government demonstrations.

Woman whose death set off protests was Kurdish

The protests first erupted in September, following the death of a young Kurdish woman in the custody of Iran’s morality police in the capital, Tehran.

The protests quickly morphed into the most serious challenge to Iran’s theocracy since its establishment in the 1979 Islamic Revolution. Iranian authorities have blamed foreign actors, chiefly the US, for orchestrating the protest movement, but have provided no evidence.

Iran’s Kurdish-majority areas have seen waves of unrest amid nationwide protests against the government. The national team’s loss to the United States was seen by some as a victory against what they see as oppression by the government.

Even in areas of Tehran, some chanted protest slogans following the US win.

Videos posted online showed cars out on the streets of Saqqez, the capital of Kurdistan province, and the hometown of Mahsa Amini, the young woman who died in police custody in September.

But not everyone was cheering. Parham Azmand, a soccer fan in Tehran, said the Iranian team had done its best.

“We worked very hard but we couldn’t score, although we did whatever we could,” he said. “This was their day [the Americans]🇧🇷 Our players did their best and I hope we will perform better in future World Cups and God willing go through to the second round.”

Following the match, state TV commentator Mohammad Hossein Misaghi said the US took advantage of “many opportunities” in the match.

“It was not our day,” said another commentator, Mohammadreza Ahmadi. He brushed off the defeat, saying “a match is like that; it has win and loss.”