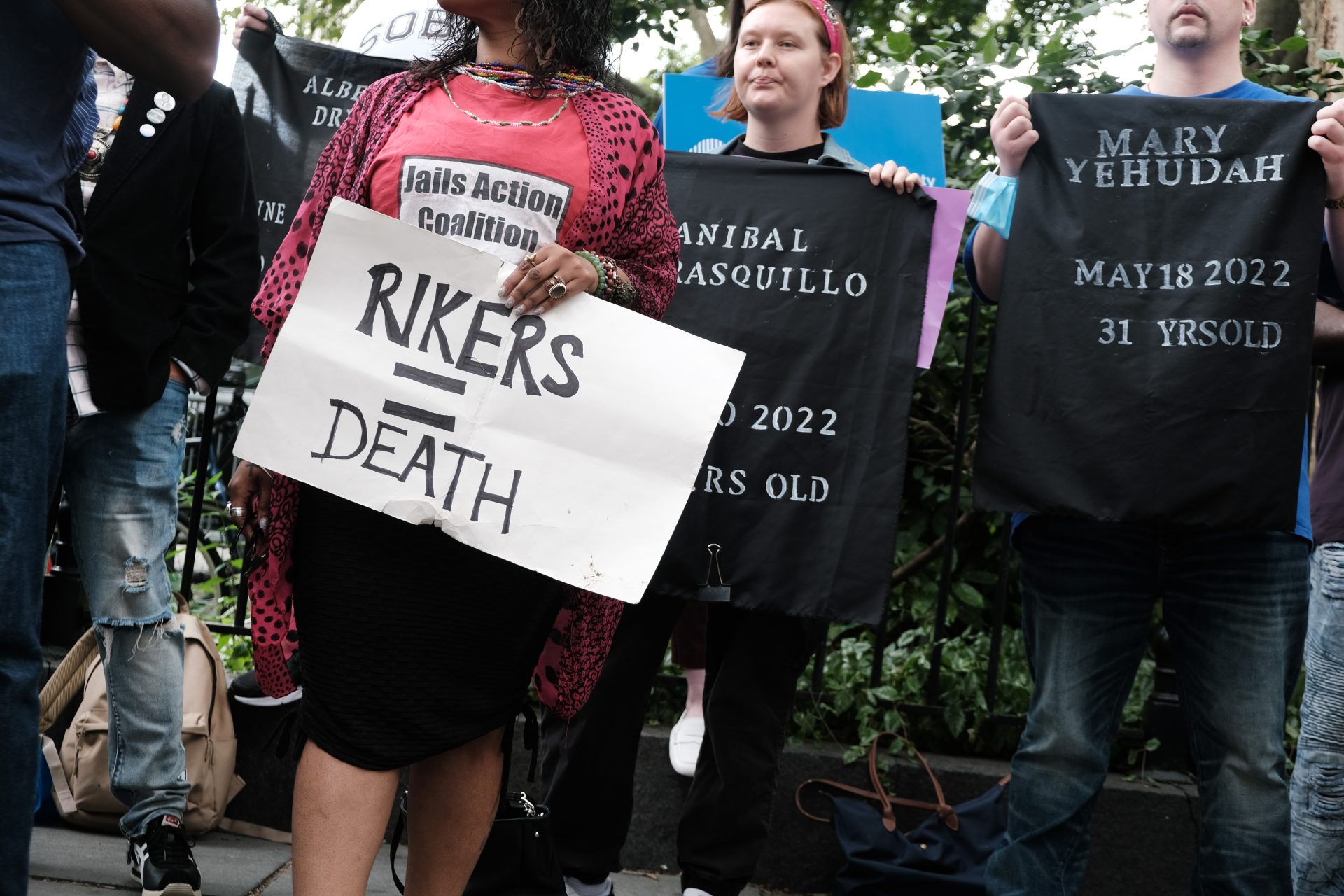 A series of inhumane viral photos of Rikers Island have swept the internet, sparking the conversation on prison reform the images of inmates living in deplorable conditions shocked people on social media.

The pictures show inmates locked in makeshift cell shower stalls, an unresponsive inmate clearly in need of medical attention, and inmates covered in feces after being left for hours at a time in a damning look into the country’s prison system.

“THIS IS INSIDE RIKERS. You can see people covered in feces they’ve been left in for 9+ hours, you can see men locked in shower stalls that have been turned into cells, you can see men carrying an unresponsive man in search of medical attention.”

THIS IS INSIDE RIKERS. You can see people covered in feces they’ve been left in for 9+ hours, you can see men locked in shower stalls that have been turned to cells. You can see the men carrying an unresponsive man in search of medical attention pic.twitter.com/kCJriR0MZm

Her tweet has received over 26K likes and nearly 12K retweets as of Thursday.

Olurin wrote that the conditions at Rikers were “inhumane, evil, deliberate, and it’s been done to Black and brown New Yorkers since 1932.”

She added that 31 inmates have died at the jail since last year alone.

“This is inside the units where people are housed. This is inhumane, this is evil, this is deliberate, and it’s been being done to Black and brown New Yorkers since 1932. 31 people have died since last year, WHEN IS ENOUGH ENOUGH?!”

Olurin went on to say that Rikers Island “was only built to hold 3,000 people, so why are they over 5,000 people who haven’t been convicted of a crime?!”

Most recently, three inmates died in the space of three days, with NYC Mayor Eric Adams being accused of covering it up to delay the Department of Justice investigation.

Mayor Adams has continued to blame the crisis on a jail staffing shortage when in fact there are 5,600 detainees and 7,575 corrections officers.

That’s 1.3 guards for every inmate, meaning each incarcerated person could have their own jail guard with nearly 2,000 officers to spare.

The City NY’s Reuven Blau reported that before one Rikers inmate, Dashawn Carter, took his own life on May 7, he had desperately called reporter Rosa Goldensohn in April 2020 to tell her about the dire conditions.

Carter told her that he missed upwards of one hundred medical appointments during his time at Rikers dating back to 2018, records show.

The response on social media on Olurin’s expose has largely been supportive of jail reform.

“No human should be subjected to such conditions,” one person tweeted in response to the photos. “My Lord, dog kennels have been shut down for less,” another wrote.

“This is horrific!” the third tweeted. “Shameful. Smdh,” another wrote.

“Amen; unfortunately Adams, Albany and the majority of elected officials simply don’t give a damn,” one user replied. “There are so many cities with jails like this. It’s disgusting how people are treated,” a second person offered.

One person took aim at Mayor Adams, tweeting “Eric Adams makes me sick. He’s just another cop. He thats it, and he has the warrior us vs. them mentality they train cops to have – which is not good for governing *anything*”

“So, slave labor,” one person tweeted. “Thank you for exposing and shining the light on this corruption,” a second wrote.

In 2019, the Campaign to Close Rikers emerged, with advocates introducing a plan to shut it by reducing the jail’s population to 3,300 and closing additional city jails committing the same abuses behind jailhouse walls.

A third measure would divert $1.8 billion that would be saved annually by lowering the population to 3,300 into housing, healthcare, education, economic development and youth services in poor communities, per Olurin’s NewsOne op-ed.

Meanwhile in June, a rally was held outside the City Hall where activists and family members of inmates demanded Mayor Adams’ administration do more in addressing the living conditions at the jail.