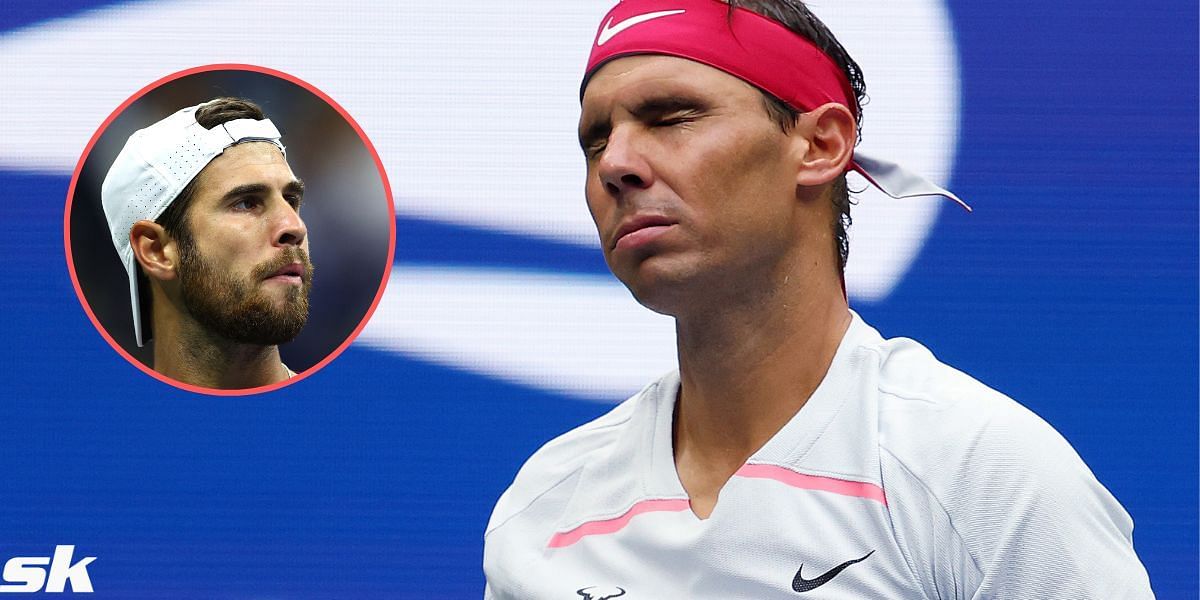 Rafael Nadal’s fourth-round exit at the 2022 US Open has paved the way for other players to make a title run in New York, believes Karen Khachanov.

The Russian has been on a roll at Flushing Meadows, fighting his way through the field to reach the first Grand Slam semifinal of his career. On Tuesday night, he defeated Nick Kyrgios 7-5, 4-6, 7-5 6-7(3) 6-4 in three hours and 39 minutes to reach the last four.

Speaking at his post-match press conference, Khachanov said that while Nadal’s exit has not affected him mentally, every player remaining in the draw is now aware that they stand a chance of winning their first Major.

“No, I’m honest [it does not impact me mentally]. Rafa was in the down part of the draw. First to see Rafa here, to win all his matches from him, I had to win all mine. It’s still a long way to meet him in the final potentially,” he said.

“I would say not really. Since he was out, I would say it was quite open for all the guys because everybody kind of see that there is an opportunity to take the trophy. I would say maybe it even increased the level for everyone,” he added.

The next Grand Slam champion will be one of:

The next Grand Slam champion will be one of:KhachanovRuudSinnerAlcarazRublevTiafoe That’s nuts. 🤯

Rafael Nadal’s US Open fourth-round defeat to Frances Tiafoe has opened the door for Carlos Alcaraz and Casper Ruud to make a run at the No. 1 spot in the ATP rankings.

For either player to replace Daniil Medvedev at the summit of the rankings, they must reach the final in New York. If they fail to do so, Nadal will become the World No. 1 for the first time since November 4, 2019, when he held the spot for 13 weeks until February 2, 2020. It would also be the veteran’s ninth stint at the top.

However, if both Alcaraz and Ruud make it to the title clash at Flushing Meadows, the winner will take home both the trophy and the top spot. If either player replaces Medvedev at the top, they will also be making history.

At 19 years and four months, Alcaraz would become the youngest player to hold the top spot in ATP rankings history (since 1973). Lleyton Hewitt (20 years and nine months) currently holds the record. If Ruud becomes the No. 1, he will become the first Norwegian to reach the pinnacle of men’s tennis.