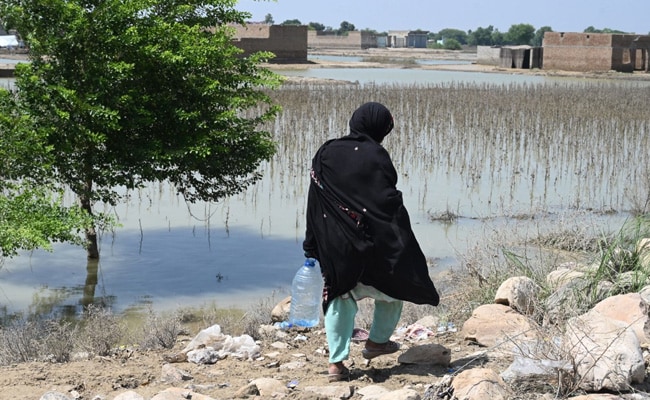 Pakistan Floods: They take turns to keep watch and warn away any encroaching men.

The stench of decay hangs over a makeshift camp in Pakistan’s south, where hundreds of locals have sought shelter from the devastating monsoon floods that have put nearly a third of the country under water.

In Punjab province, dozens of tents are perched in the area around a small rural railway station — the only dry land on a horizon of water, reached only by a sliver of road.

The odor is a heady mix of rotting vegetation from drowned crops, leftover food scraps and garbage — as well as the accumulated excrement of the hundreds of people and livestock gathered there. 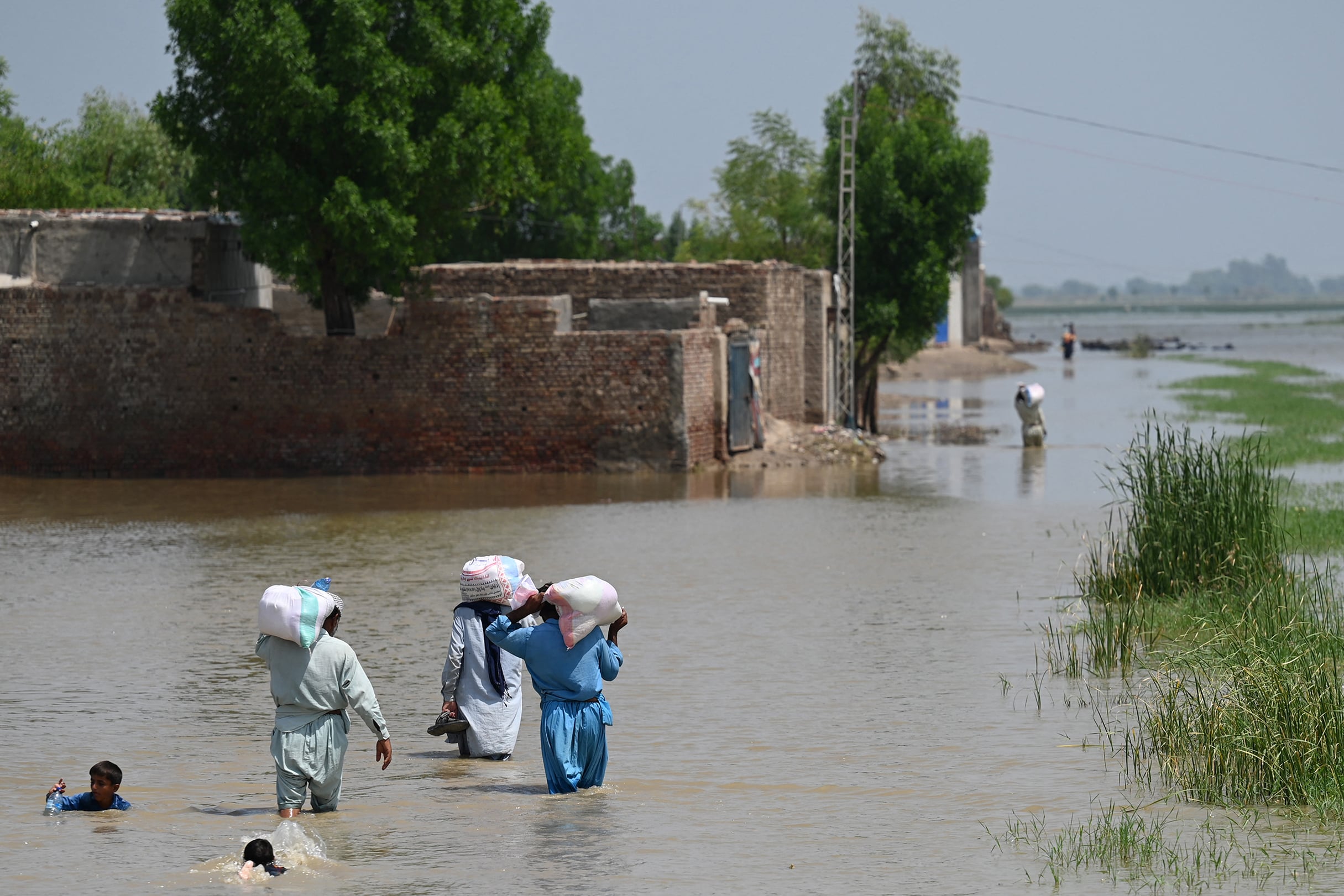 “There is no place for showering or going to the bathroom,” said Zebunnisa Bibi, forced to flee with her family two weeks ago when floodwater inundated her village.

Similar tent camps have mushroomed across the south and west of the country. The worst flooding in the country’s history has covered an area the size of the United Kingdom and affected 33 million people — one in seven Pakistanis.

A lack of functioning toilets at these camps is one of the biggest issues — posing a health hazard for all, but misery in particular for women and girls.

Rural Pakistan is home to extremely conservative Muslim communities, and many displaced women are having to live in close proximity to men who aren’t relatives for the first time in their lives.

“We used to live behind the veil, but God has removed that for us,” said Zebunnisa, referring to the strict segregation between the genders that is practiced in rural Pakistan.

She said she was “deeply ashamed” at having to relieve herself in the open — especially after she caught a man watching her as she lowered her shalwar kameez behind a tree.

“Where can I send my daughters alone? When we squat to relieve ourselves, we get scared that some man might come.”

Swarms of flies and mosquitoes add to the misery, creating a ripe environment for a breakout of disease and infection.

Some women have stopped venturing into the floodwater to relieve themselves after many developed rashes. 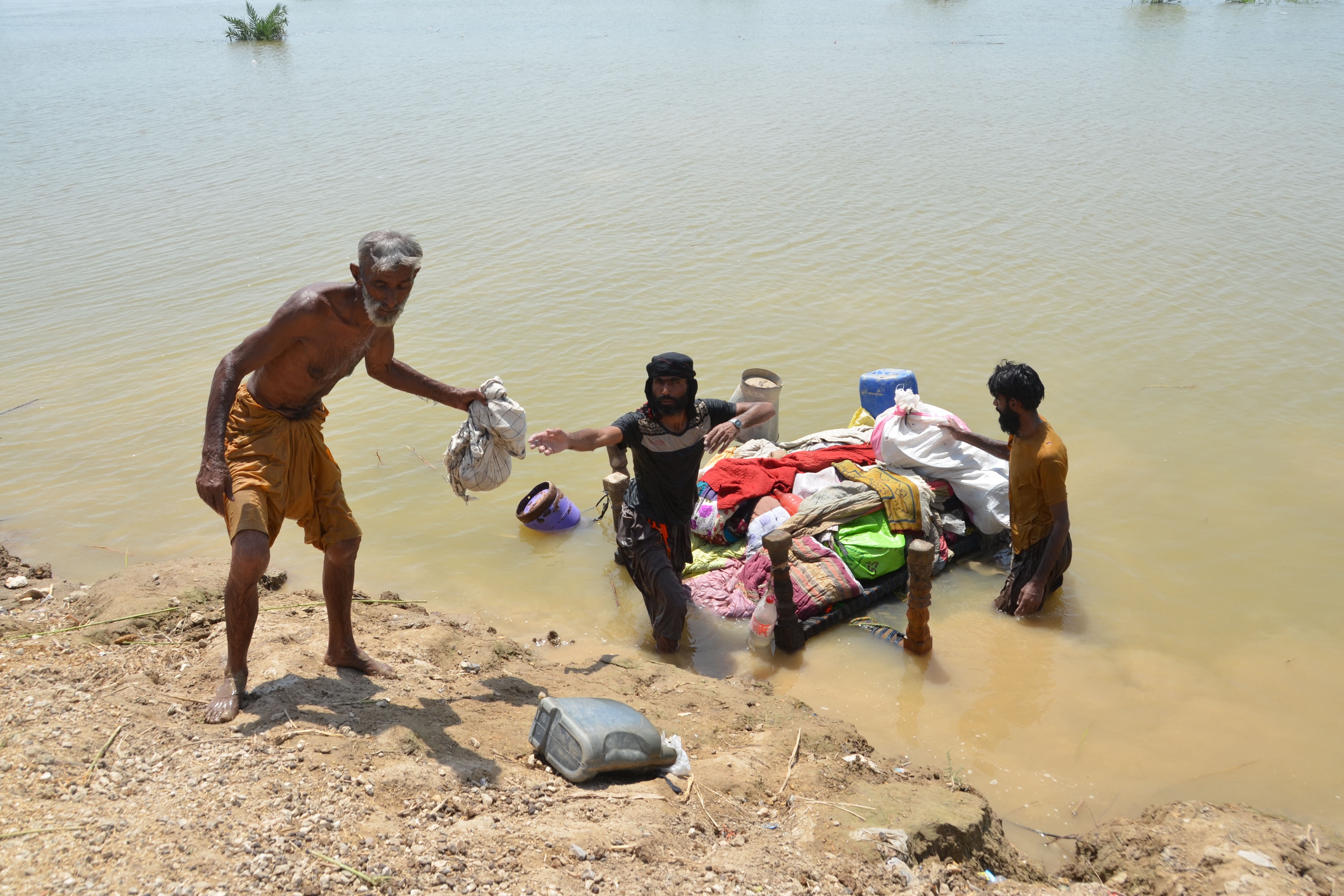 Ehsan Ayaz, a volunteer doctor who arrived at the campsite in Fazilpur as AFP visited, said the lack of toilets was “the main reason” for the rise in cases of skin infections and stomach flu he treated.

Shameen and her daughters now drink as little water as possible during the day, preferring to spend hours in discomfort rather than be forced to relieve themselves where they can be seen.

When the sun sets and darkness descends on the camp, the women search for a secluded spot away from flickering campfires.

They take turns to keep watch and warn away any encroaching men.

“I don’t know what we can even do if someone does decide to come and take advantage of us,” said Shameen.

There is also another threat.

At night, said Shameen, “snakes and scorpions come out from the water”.