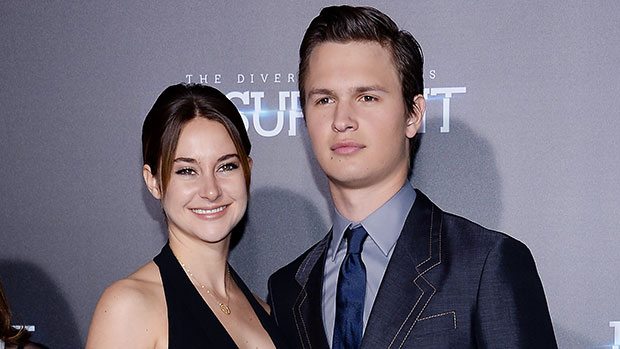 Shailene Woodley30, and Ansel Elgort, 28, reunited and they looked so good! The duo who starred in The Fault in Our Stars and the Divergent films together were back in action to recreate that iconic dance lifting moment from Dirty Dancing. Ansel documented the epic moment on Instagram Sept. 6, and fans went absolutely wild over the cute reunion.

Ansel channeled the late Patrick Swayze by lifting Shailene in the air. Shailene channeled Jennifer Gray as she stretched out her arms and legs to pose in the air. Ansel was dressed in a yellow T-shirt and brown shorts, while Shailene rocked a gray T-shirt and blue jeans. The dynamic duo did a great job at recreating what is arguably one of the most infamous scenes in cinematic history.

Ansel captioned the snapshot, “Clean dancing w Shai 💚🇮🇹❤️.” Fans of the duo’s 2014 romance film where they played two teen cancer patients went wild about the reunion. “Hazel and Augustus in another world,” one fan said. Fans also referenced the Prior brother-sister duo who Ansel and Shailene portray in the three Divergent movies.

Shailene and Ansel have been close friends since they worked together on The Fault in Our Stars. They were romantically linked when the film came out, but in a 2015 interview with seventeen magazine, Ansel insisted the two were only friends. “Me and Shailene have a really platonic relationship. I’ve never once wanted her sexually, which is nice,” the West Side Story star said. “But for me, if a person is someone I’m attracted to, and she’s my best friend, hopefully we’re dating.”

In 2019, Ansel again talked about his bond with Shailene in an interview with The Times. “I love Shailene Woodley and we never had anything sexual and that was great. There will probably be some sort of chemical thing at some point that you can’t help, but you just have to be disciplined and not be af***ing… We’re primitive beings,” he said.