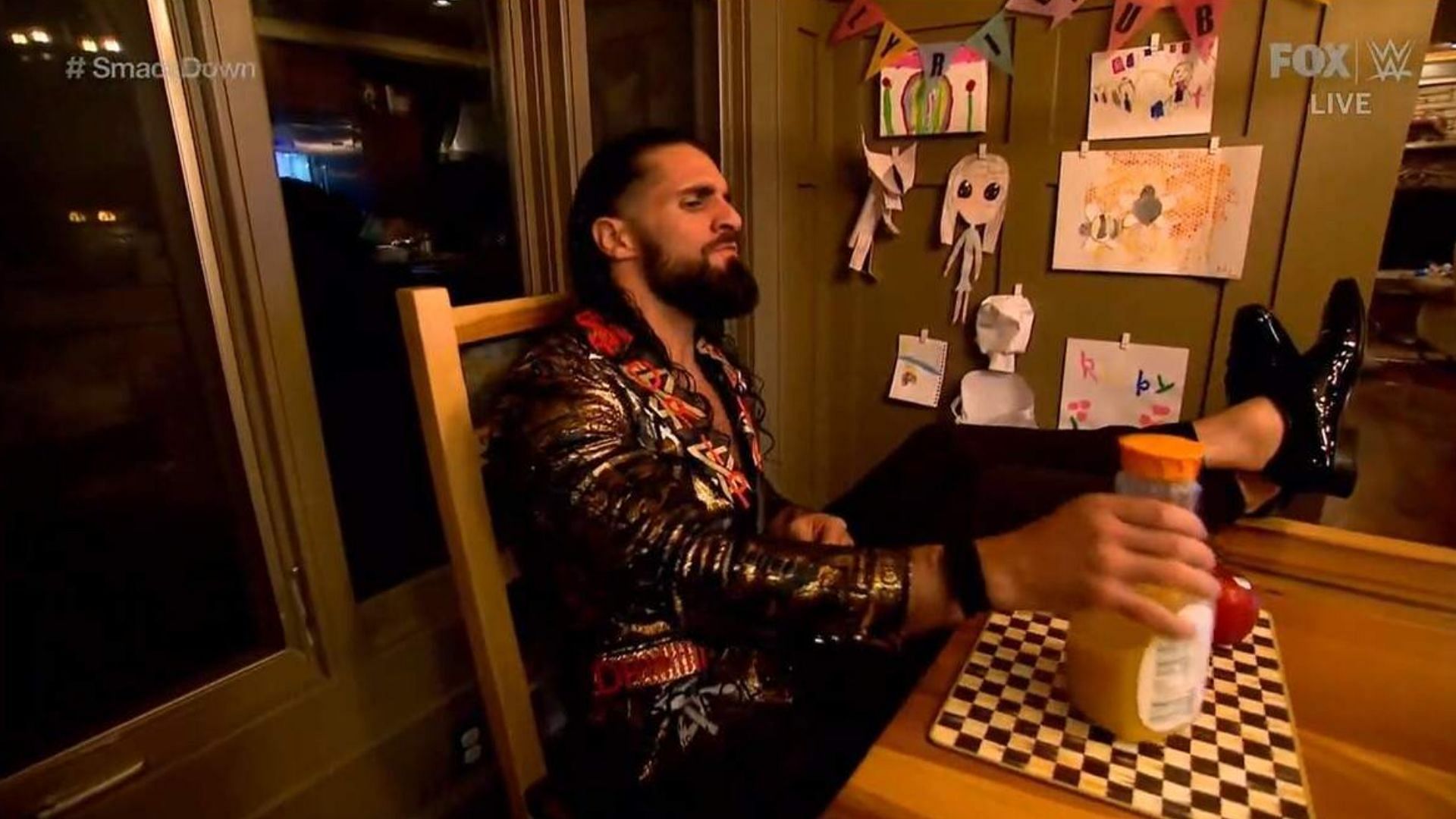 Seth Rollins recently revealed the origins of a famous segment of his feud with Edge. He and The Rated-R Superstar had a feud in WWE that lasted several months in 2021.

During the storyline, Seth cut a promo from inside The Rated-R Superstar’s house while he was wandering about. It was a bizarre promo that many members of the WWE Universe are still talking about today.

Speaking with Ryan Satin on the Out of Character podcast, Seth revealed that the segment was Edge’s idea.

“I think it was [Edge’s] idea, his brainchild to begin with,” said Rollins.”What it turned into was definitely a collaborative process… He’s coming from the end of the Attitude Era, I guess, into kind of, you know, that early 2000s where like , they did a lot more off-side stuff… We were able to get it, get it set and I was able to go the Asheville and do it. So yeah, I think it was his idea him and his push him to kind of, just do some different stuff, and again, it turned into one of these iconic, kind of, moments you’re always going to remember.”(H / T: Wrestling Inc)

Edge invades Cena’s house, slaps his dad = classic. Uncle Sethy pops in for a quick apple and everyone is up in arms. Y’all some gaslighting MFers. twitter.com/WWE/status/144…

Seth Rollins on working with Vince McMahon in WWE

The Visionary spoke to Ryan Satin about working with former WWE CEO Vince McMahon. He noted that Vince was all over the place and that sometimes made it difficult for talent to work with him.

“Once you worked with him for a long enough time, you started to understand that. On the other side of that, he was very flippant. He was all over the place. That was to his credit, like that was part of his genius , but it was also very stressful to deal with as a talent.”

Vince McMahon resigned from the company on July 22nd, while Stephanie McMahon and Nick Khan were named co-CEOs. Triple H has since assumed creative responsibility for the promotion and time will tell if there are more storylines like Edge versus Rollins moving forward. Seth is currently involved in a storyline with Riddle that has gotten very personal as of late.

Did you enjoy Seth Rollins showing up at Edge’s house? Let us know in the comments section below.