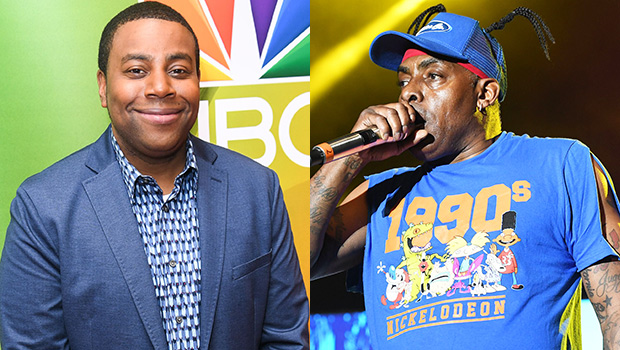 Kenan Thompson is heartbroken over the news that coolio passed away on Sept. 28. The Saturday Night Live star took to his Instagram Story to mourn the singer, who sang the popular theme song for his late 90s show, Kenan & Kel. “Wait, now Coolio!!” Kenan wrote, with sad eye emojis. “Damn homie!!! Rest in power!!” At the time of publishing, Kel Mitchell has yet to release a public statement about Coolio’s passing.

Kenan & Kel aired for four seasons on Nickelodeon from 1996 until 2000. Coolio not only sang the theme song, but was featured alongside Kenan and Kel in the show’s opening credits. He rapped the lyrics to the track while Kenan and Kel danced alongside him in various different settings.

Coolio was just 59 years old at the time of his death. He was visiting a friend in Los Angeles and never returned from a trip to the bathroom, after which the friend found him lying on the floor unconscious, according to his manager. The rapper was sadly pronounced dead at the scene. Coolio was best known for his song “Gangsta’s Paradise,” but fans on Twitter also can’t help but reminisce about his involvement in the Kenan & Kel song, as well. The cause of death for the 59-year-old has yet to be confirmed, but is expected to be revealed with an autopsy.

Coolio’s death shook social media, with fans and celebrities all taking to Twitter and Instagram to mourn him after the sad news. ice cube recalled watching Coolio’s “grind to the top of the industry” firsthand in his tribute, while Quest Love wrote, “Peaceful journey brother,” along with a black and white photo of Coolio on Instagram. Coolio’s own last post on Instagram came just four days before he sadly passed away.