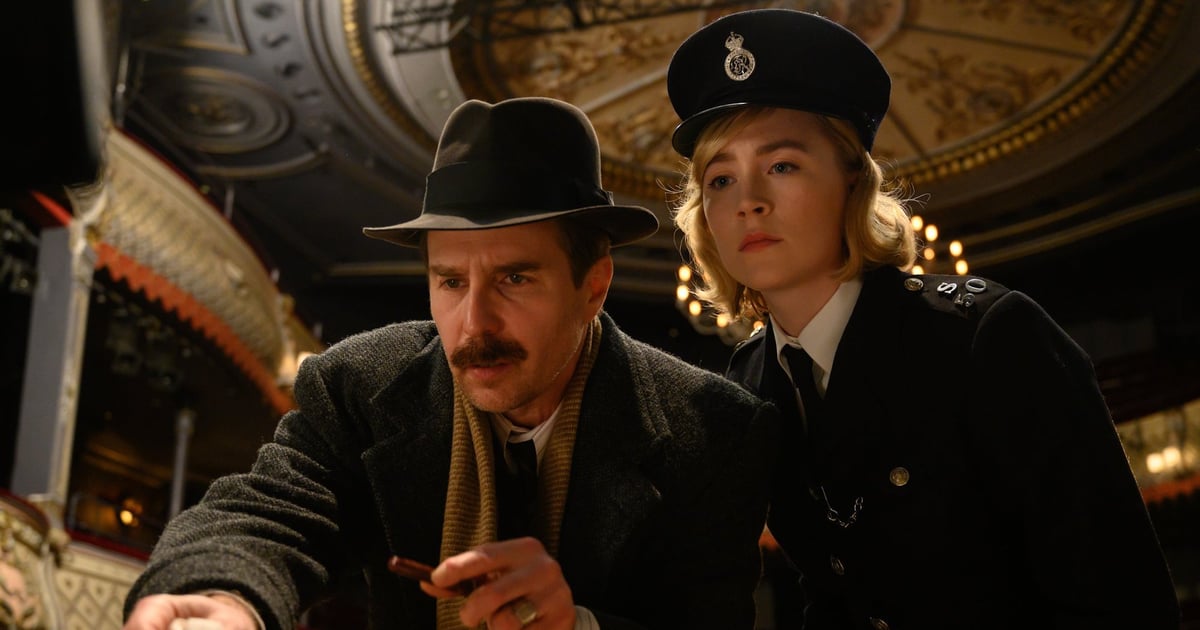 The trailer for the new mystery film “See How They Run” is here. In it, Saoirse Ronan and Sam Rockwell star as a constable and an inspector, respectively, trying to solve a murder in 1950s London. Ronan’s Constable Stalker is a rookie with penchants for puns and annoying her dela boss, Rockwell’s Inspector Stoppard. From this first look, the film appears to have a kooky-caper vibe, similar to “Knives Out.” Watch the trailer above!

“See How They Run” is directed by Tom George from a screenplay by Mark Chappell. Here’s how Fox Searchlight describes the plot: “In the West End of 1950s London, plans for a movie version of a smash-hit play come to an abrupt halt after a pivotal member of the crew is murdered. When world-weary Inspector Stoppard ( Sam Rockwell) and eager rookie Constable Stalker (Saoirse Ronan) take on the case, the two find themselves thrown into a puzzling whodunit within the glamorously sordid theater underground, investigating the mysterious homicide at their own profile.”

“See How They Run” is part of a packed slate for Ronan. She’s also starring in the upcoming sci-fi movie “Foe” with Paul Mescal and in the movie “The Outrun,” based on Amy Liptrot’s memoir of the same name. The 28-year-old actress has already been nominated for an Oscar four times, though she’s yet to take home the gold.

Here’s everything we know about “See How They Run” before it’s released this fall.

“See How They Run” Release Date

“See How They Run” Cast