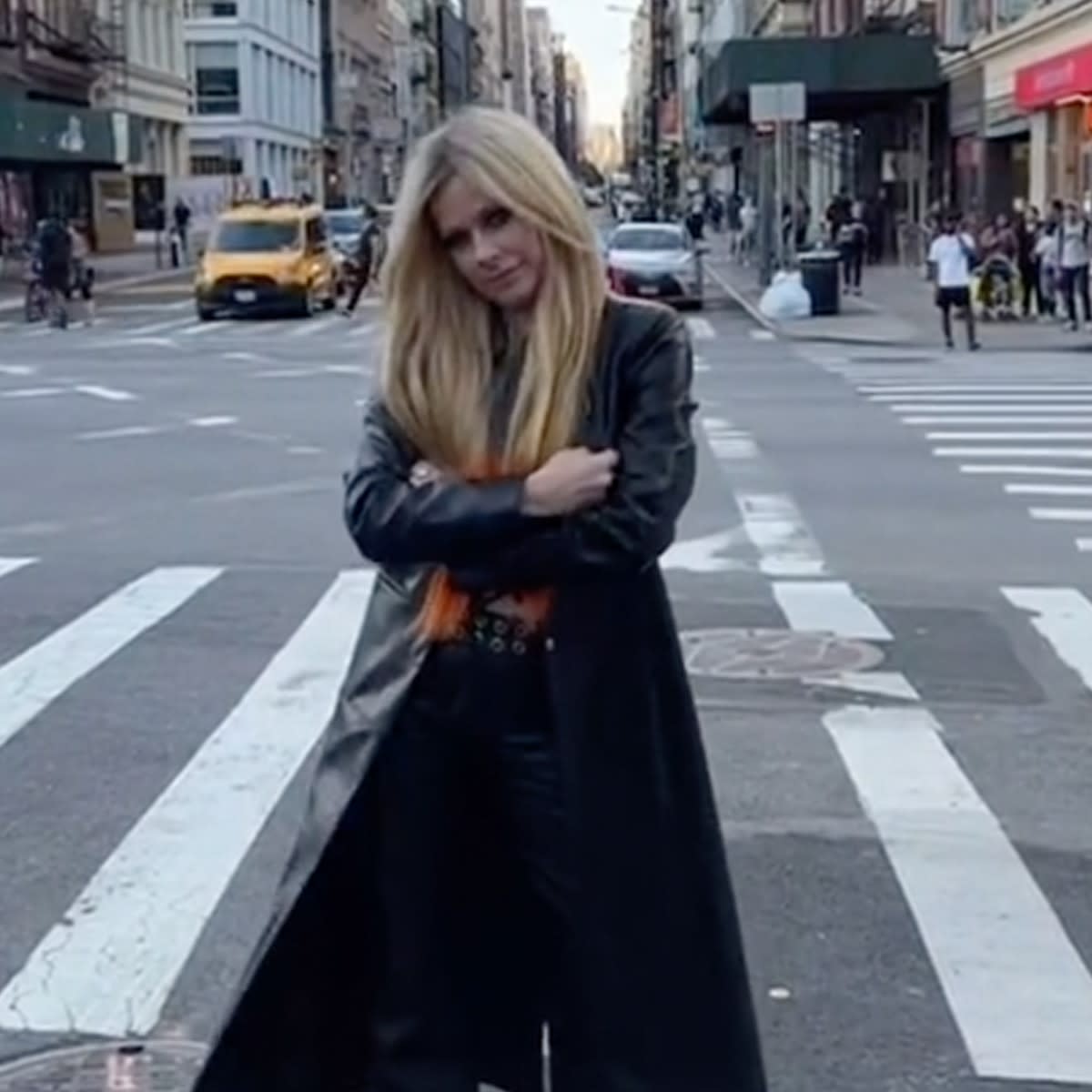 Chill out, what ya yellin’ for? Avril Lavigne isn’t making the 20 year anniversary of her debut album all that complicated.

The “Sk8er Boi” singer recently revisited the same New York City spot where she shot the album cover of let go two decades ago. She revealed her recreation of her in a TikTok on June 28, captioning the video“20 years later…”

In the TikTok, Avril wore all black and walked into the crosswalk, posing with her arms crossed —just as she did in the cover. Her video jumps in on the current viral TikTok trend where people use Simple Plan‘s song “I’m Just a Kid” and show themselves recreating their old photos. Though Avril might have beat out all of the other videos, what can we say, it’s all be done before!

Fans couldn’t contain their excitement in the comments. “NO IM CRYING,” wrote on user, with another adding: “What the hell do you mean when you say 20 years later!?!?”

Even Avril’s fiance Mod Sun showed his support, writing: “This is so amazing!”

Last month, the pop-punk singer discussed the making of her first album in an interview with The Guardian. Although she was only 17-years-old back then, she said she knew exactly the kind of music she wanted to create.

“I was getting out of high school and I just wanted to rock out,” she recalled. “I want loud guitars, I want live drums … I want to write about the crazy stuff, the insane emotions, the good and the bad.”

Avril said that she avoided going the traditional pop star route with her music by channeling her “angst.”

Her love of the music genre is shared with her fiancé—who proposed to her in April after a year of dating.

Mod Sun announced their Parisian engagement on Instagram. “The day we met I knew you were the one,” he wrote on April 7. “Together forever til our days are done. I had a dream where I proposed in paris. I pulled out a ring + asked you to wear it. I was on one knee as I looked in your eyes. You’re too beautiful for my words to describe. I grabbed your hand + took one last breath…I said ‘will you marry me?’ + she said ‘yes’. I love you Avril.”

What more can we say? Isn’t it obvious how these two rock each other’s world?