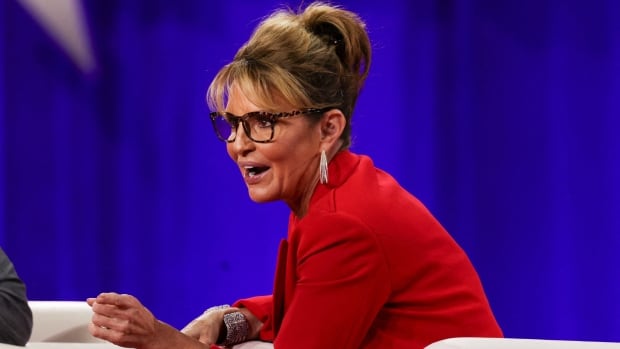 Alaska Republican US Sen. Lisa Murkowski and Kelly Tshibaka, her Republican rival who was endorsed by former president Donald Trump, advanced from Tuesday’s primary. Republican Sarah Palin, seeking to return to elected office after more than a decade, was among the candidates advancing to the November general election in the race for Alaska’s only US House seat.

Murkowski had expressed confidence she would advance and earlier in the day told reporters that “what matters is winning in November.” Tshibaka called the results “the first step in breaking the Murkowski monarchy’s grip on Alaska.”

Murkowski has held the Senate seat since 1981; before Lisa Murkowski, who has been in the Senate since late 2002, it was her father, Frank Murkowski.

Murkowski was one of just seven Republican senators who voted to convict Trump in his second impeachment trial after the Capitol riot of Jan. 6, 2021.

Under a voter-approved elections process being used for the first time in Alaska elections this year, party primaries have been scrapped and ranked choice voting is being used in general elections. The top four vote-getters in a primary race, regardless of party affiliation, are to advance to the general election.

The other two places in the Senate race were too early to call.

In the House primary, Democrat Mary Peltola, Palin and Republican Nick Begich advanced to the November election. It was too early to call the fourth spot. The winner of the November race will be elected to a two-year term.

The special election was on one side of the ballot; the other side contained primary races for US Senate, US House, governor and lieutenant governor and legislative seats.

Palin, in a statement Tuesday evening, called this “the first test case of the crazy, convoluted, undesirable ranked-choice voting system.”

Begich, a businessman from a family of prominent Democrats, came out hard against Palin during the campaign, seeking to cast her as someone chasing fame and as a quitter; Palin resigned during her term as governor in 2009.

The narrator in one of Palin’s ads refers to Begich as “negative Nick” and says Palin wants to serve in Congress “to carry Don Young’s torch.”

Peltola, a former lawmaker who most recently worked at a commission whose goal is to rebuild salmon resources on the Kuskokwim River, has cast herself as a “regular Alaskan” and as a consensus builder.

In the race for Alaska governor, Republican Gov. Mike Dunleavy advanced, as did former Gov. Bill Walker, an independent, and Democrat Les Gara. It was too early to call the fourth spot.

Dunleavy and his running mate, Nancy Dahlstrom, in a statement said this “is only the start of the race. We’ll dig into all the numbers as they come in over the next few days to find out where we need to shore up our campaign, and we’re looking forward to reaching every Alaskan and earning their vote between now and November.”

Walker is running with Heidi Drygas and Gara with Jessica Cook.