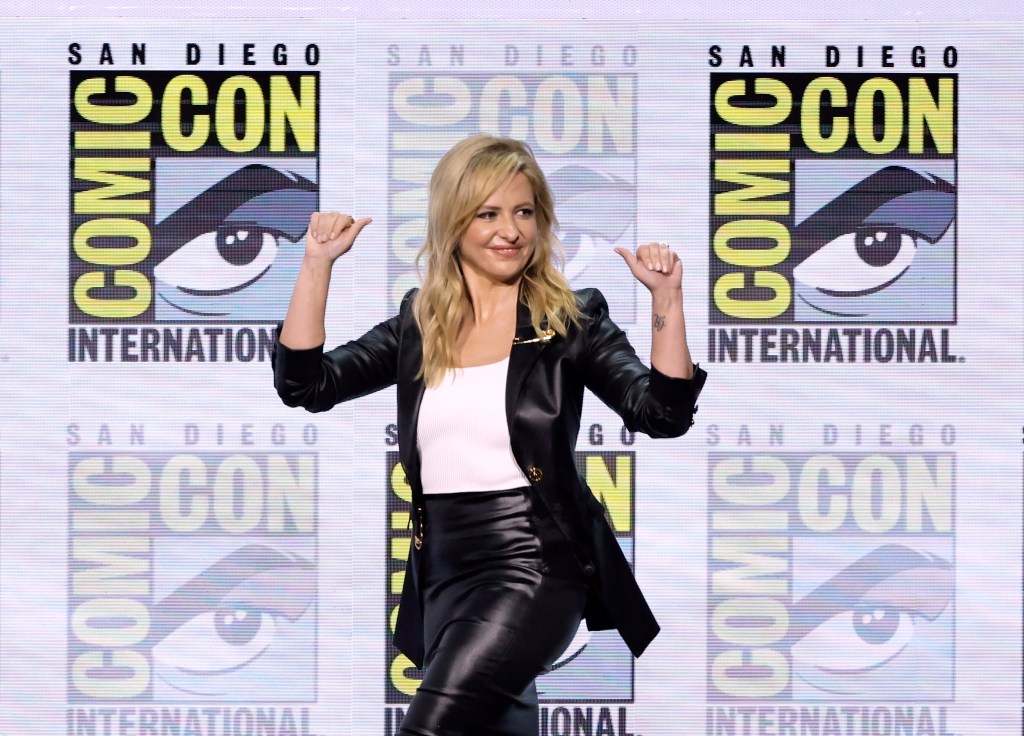 Sarah Michelle Gellar had no intention of joining the upcoming Paramount+ series Wolf Pack, but reading the script changed her mind. The role marks Gellar’s return to the horror genre on TV following her successful run by her on the WB’s Buffy the Vampire Slayer which premiered in 1997.

Gellar spoke about her decision to star and executive produce the latest werewolf series from Jeff Davis, who developed Teen Wolf for MTV, during the streamer’s TCA presentation on Wednesday.

“I’ve been pitched once, twice, 2000 of these [types of shows]. Honestly, at first, I had no intention of saying yes [to Wolf Pack],” she shared. “When I read the script, it was the first time where my interest was so piqued. One of the beauties of buffy was the sort of metaphorical aspect of it. These real monsters were the metaphors for the horror of high school and to me, that’s what made the show so important and why it stands the test of time. So when I read the script [for Wolf Pack], and I spoke to Jeff, we discussed the issues he wanted to tackle mainly anxiety and depression among children, specifically having to do with their use of devices and the lack of connectivity. It’s something that I think about all the time, and it’s so prominent.”

She added, “But at the same time, I love water cooler shows. I want to be on a show that everyone’s talking about.”

Wolf Pack is based on the book series by Edo Van Belkom. It follows a teenage boy (Armani Jackson) and girl (Bella Shepard) whose lives are forever changed when a California wildfire awakens a terrifying supernatural creature.

Gellar’s character is chief arson investigator Kristin Ramsey, who the actress said “is looking for her pack and the place where she belongs where she will feel seen, heard, and can be herself,” similarly to all the characters in the series portrayed by Jackson , Shepard, Chloe Rose Robertson, Tyler Lawrence Gray, and Rodrigo Santoro.

She teased the character of Luna (Robertson) “is definitely that bridge for all of us wanting to find our pack.”

Kristin also has some mystery about her, Gellar revealed. “While she seems like a tough, hard person to crack, there’s something else beneath—without giving away too much—that’s the real reason why she’s there,” she said.