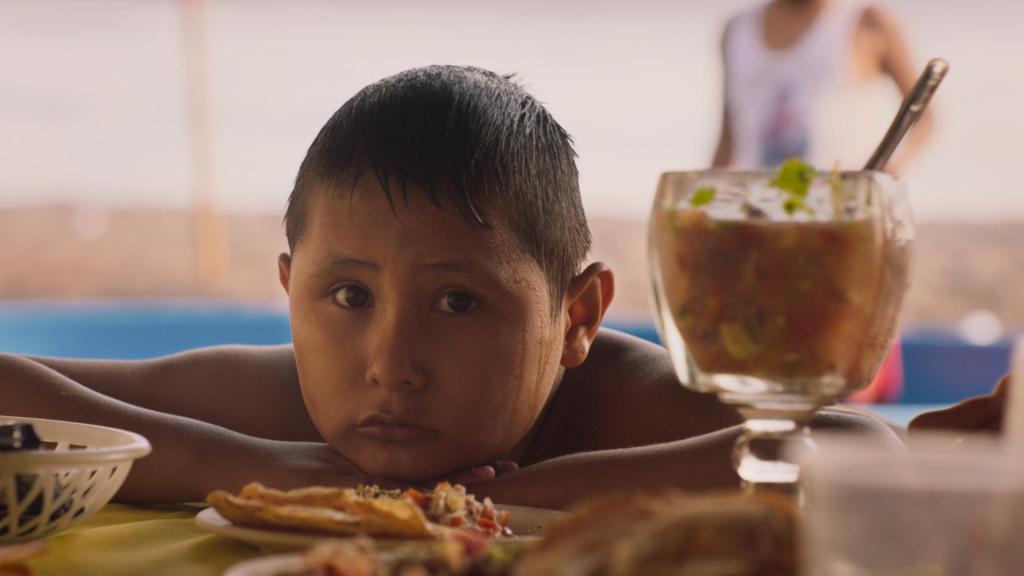 US-based Mexican director Rodrigo Reyes’s Samson And Me has won Best Film at the UK’s Sheffield Doc/Fest (June 23-28). Set between Mexico and the United States, it explores the journey of a Mexican man who was orphaned as a child and ends up serving two life sentences for first-degree murder in California’s Bay State Prison. Special mentions went to Ukrainian director Volodymyr Tykhyy’s One Day in Ukraine and Lebanese filmmaker Nadim Mishlawi’s After the End of the World. In other awards, Dutch filmmaker Rosa Ruth Boesten’s won Best First Feature for Master of Lighta biopic about classical painter George Anthony Morton, who spent a decade in federal prison in the US for dealing drugs before finding his calling.

Spanish director Pedro Almodóvar is gearing up to shoot a short Western, starring Ethan Hawke and Pedro Pascal, entitled A Strange Way Of The Life. The director teased details of the storyline in a note put out by El Deseo, the Madrid-based film company he runs with his dele brother Agustín Almodóvar. “A man rides a horse across the desert that separates him from Bitter Creek. He comes to visit Sheriff Jake. Twenty-five years earlier, both the sheriff and Silva, the rancher who rides out to meet him, worked together as hired gunmen,” he wrote. “Silva visits him with the excuse of reuniting with his friend from his youth, and they do indeed celebrate their meeting, but the next morning Sheriff Jake tells him that the reason for his trip is not to go down the memory lane of their old friendship …. I must say no more so as not to give away all the surprises of the script,” he added. It will be filmed in the Tabernas desert, in Spain’s south-eastern province of Almeria, in a village built 50 years ago by Sergio Leone to shoot his dollar trilogy with Clint Eastwood.

‘Celebrity Juice’ To End After 14 Years

Much-loved British entertainment show Celebrity Juice is to end after 26 seasons, 300 episodes and 14 years, concluding later this year with two farewell specials of its best moments. The ITV2 show, which is hosted by Keith Lemon, sees the presenter play wild games and tease guests that have included Ed Sheeran and Pamela Anderson. It has been a firm ITV2 favorite throughout, kicking off in 2008 and subsequently airing hundreds of episodes across twice-yearly seasons. Paul Mortimer, ITV2 Directory of Reality, Acquisitions and Controller, hailed Lemon’s “no holds barred humor and outrageous antics that redefined the comedy panel show experience.” Lemon will continue to appear on the channel in Shopping with Keith Lemon, which returns later this year for a third season. The series is produced by Talkback.

The Edinburgh International Film Festival has unveiled a new program structure for its 75th edition running August 12-20, which will be the inaugural edition of new creative director Kristy Matheson. Under the restructuring, there will be five new strands, spanning ‘Night Moves’, ‘The Conversation’, ‘Heartbreakers’, ‘The Chamber’ and ‘Postcards From The Edge’ – and a new competitive section for ‘The Powell and Pressburger Award for Best Feature Film.’ The festival has also announced two major retrospectives: ‘Social Studies: Six Films by Tanaka Kinuyo’ on the Japanese actor turned director and a thematic season ‘Reframing the Gaze: Experiments in Women’s Filmmaking, 1972 to Now’ curated by Kim Knowles. The full line-up will be announced July 20.