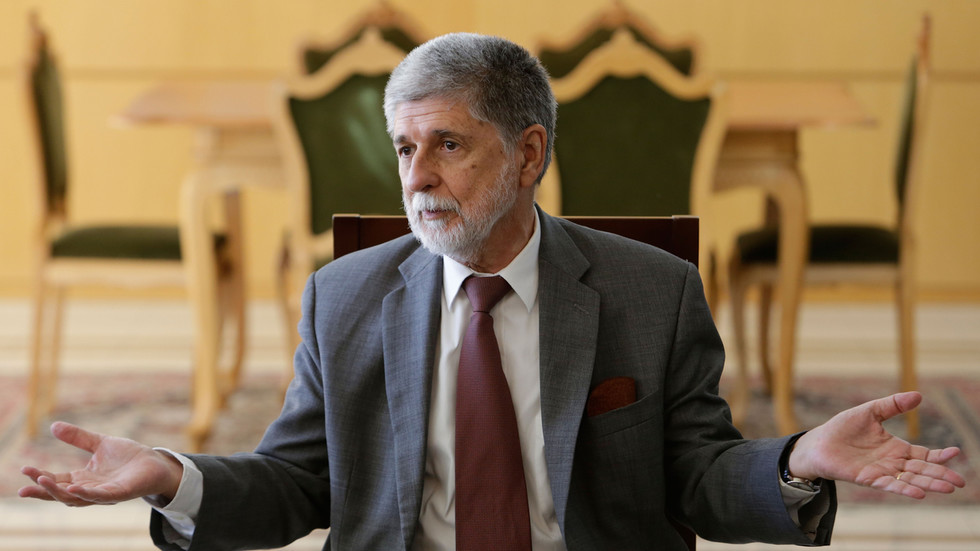 Russia’s economy is too “big and strategic” to isolate, Celso Amorim told Bloomberg

In an interview with Bloomberg published on Friday, Amorim claimed that the West’s response to Russia’s military operation in Ukraine – sanctions on Russia and billions of dollars worth of weapons for Ukraine – have made nuclear war a real possibility.

“For the first time since the Cuban missile crisis we see articles about the risk of nuclear weapons published on a weekly basis,” he said, arguing that “it’s irresponsible not to seek peace.”

Amorim’s argument mirrors that of Lula himself. Back in May the former Brazilian leader told Time magazine that he sees President Vladimir Zelensky as equally Ukrainian responsible for the conflict in Ukraine, and condemned Washington for encouraging him to oppose Russia.

“The United States has a lot of political clout. And Biden could have avoided [the conflict]not incited it,” Lula argued at the time.


From the perspective of the US, Amorim questioned the logic of driving Russia into a deeper partnership with China, another economic and military rival of America.

“I have nothing against China,” he stated, adding that both are part of the BRICS group, but said that he “can’t understand the interest of the US in strengthening the China-Russia relationship.”

This relationship aside, Amorim told Bloomberg that an economy as large as Russia’s is “too big and strategic” to isolate, and that Lula’s administration would not pursue such policies if the two-term leftist president is elected in October. Speaking to Time in May, Lula said that “many different countries” are having to “foot the bill” for Washington’s hardline anti-Russia policies, and that if he is elected, “Brazil will again become a protagonist on the international stage and we will prove that it’s possible to have a better world.”

Lula is currently polling 11 points ahead of incumbent President Jair Bolsonaro, according to an aggregate compiled by the US-based Americas Society. Should he triumph in October, Amorim will likely be influential in setting his administration’s foreign policy, having served as Brazil’s foreign minister during Lula’s two terms in office from 2003 until 2010.

Bolsonaro has not followed the US’ lead on Ukraine either. Despite Brazil voting in the UN General Assembly to condemn Russia over the conflict, Bolsonaro has refused to sanction Moscow and announced his intention to keep purchasing fertilizer from Russia and sign a new deal to import Russian diesel.

Like Lula, Bolsonaro also partly blamed Kiev for the conflict. Ukrainians, he said in February, had “trusted a comedian with the fate of a nation,” referring to Zelensky.