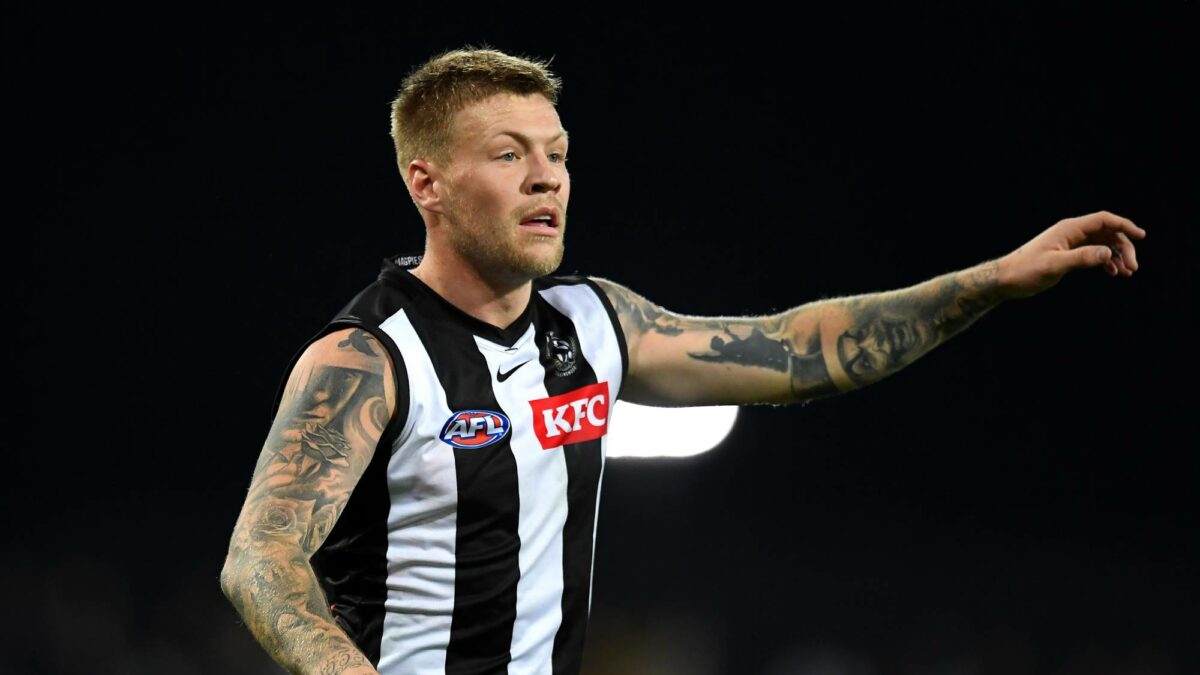 The board has asked for more information from the football department after the Saints expressed interest in recruiting De Goey.

The Collingwood star’s future is up in the air after the Magpies withdrew a lucrative contract offer amid the fallout from his ill-fated mid-season trip to Bali.

De Goey is a restricted free agent and could be on the move after playing 132 games for Collingwood since his debut in 2015.

St Kilda’s board wants to be sure De Goey would be the right fit before ticking off any list management moves for the 26-year-old.

De Goey has sometimes found himself in the headlines for the wrong reasons, including being arrested for his involvement in a drunken incident in a New York club last October. Ratten said the board’s questioning of the football department was not uncommon.

“Like all free agents, we investigate everybody, especially when you’re bringing a high-profile player in,” he told reporters at Moorabbin on Wednesday. “I think all boards ask for information, it’s not different at our footy club to other footy clubs. 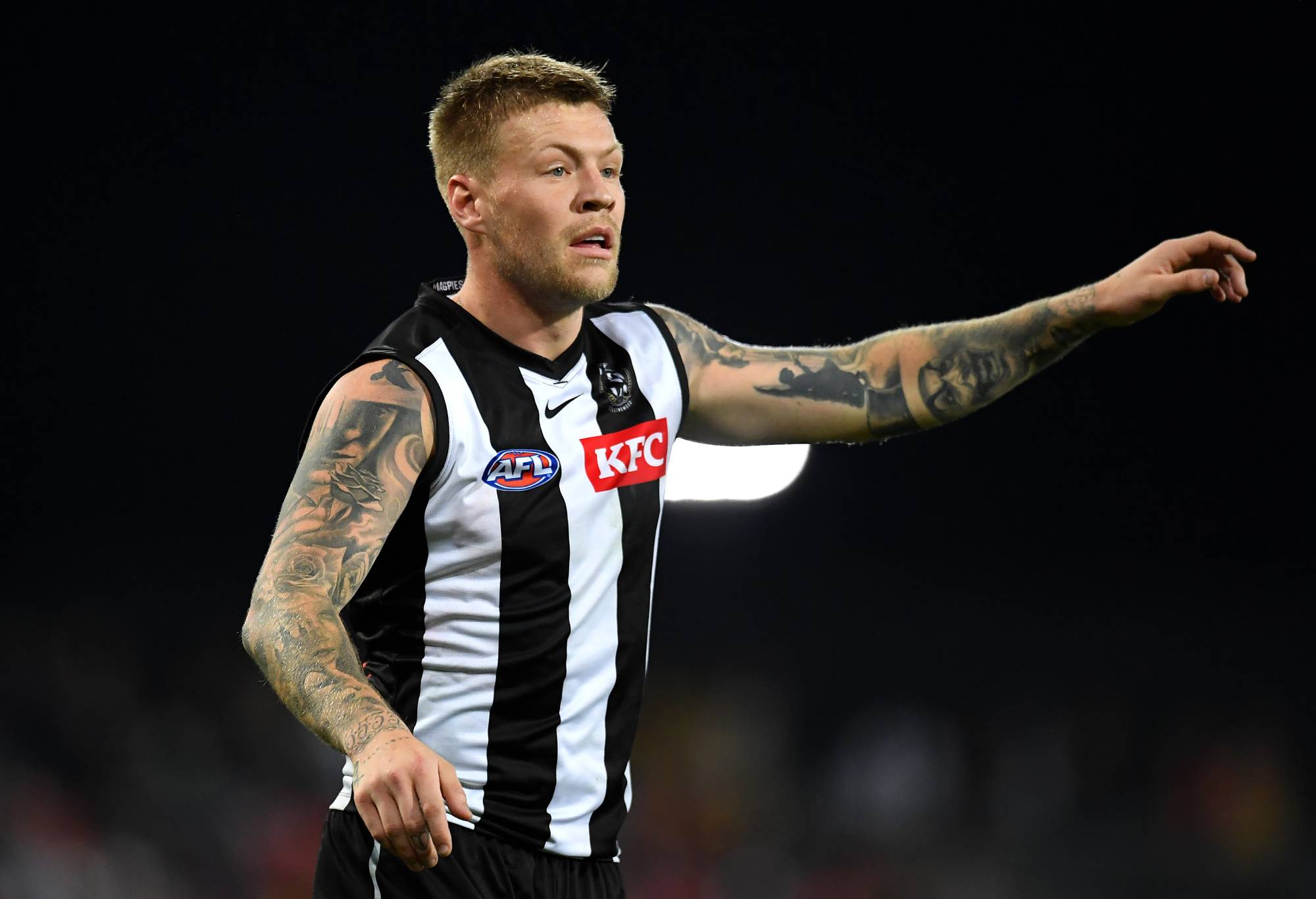 “It doesn’t matter if we’re employing new staff members of players, we have to run things past the board and they have the right to challenge and ask questions.

“He’s a very talented player but we’re still working through that.”

It comes as St Kilda face a fight to keep their finals spot ahead of a challenging end to the home-and-away season.

The Saints jumped back into eighth spot after holding off Hawthorn last Saturday for a second-straight victory.

St Kilda head to Geelong on Saturday night to take on the ladder-leading Cats, before Marvel Stadium clashes with top-eight teams Brisbane and Sydney.

But in a major boost for St Kilda, key defender Dougal Howard will be an important inclusion to handle star Cats forwards Tom Hawkins and Jeremy Cameron.

Howard hurt his hamstring against Carlton in round 16 and has missed the last four matches.

“(Howard) will play for sure, unless something’s gone amiss from the boundary line into the room, he’ll be right to go,” Ratten quipped. 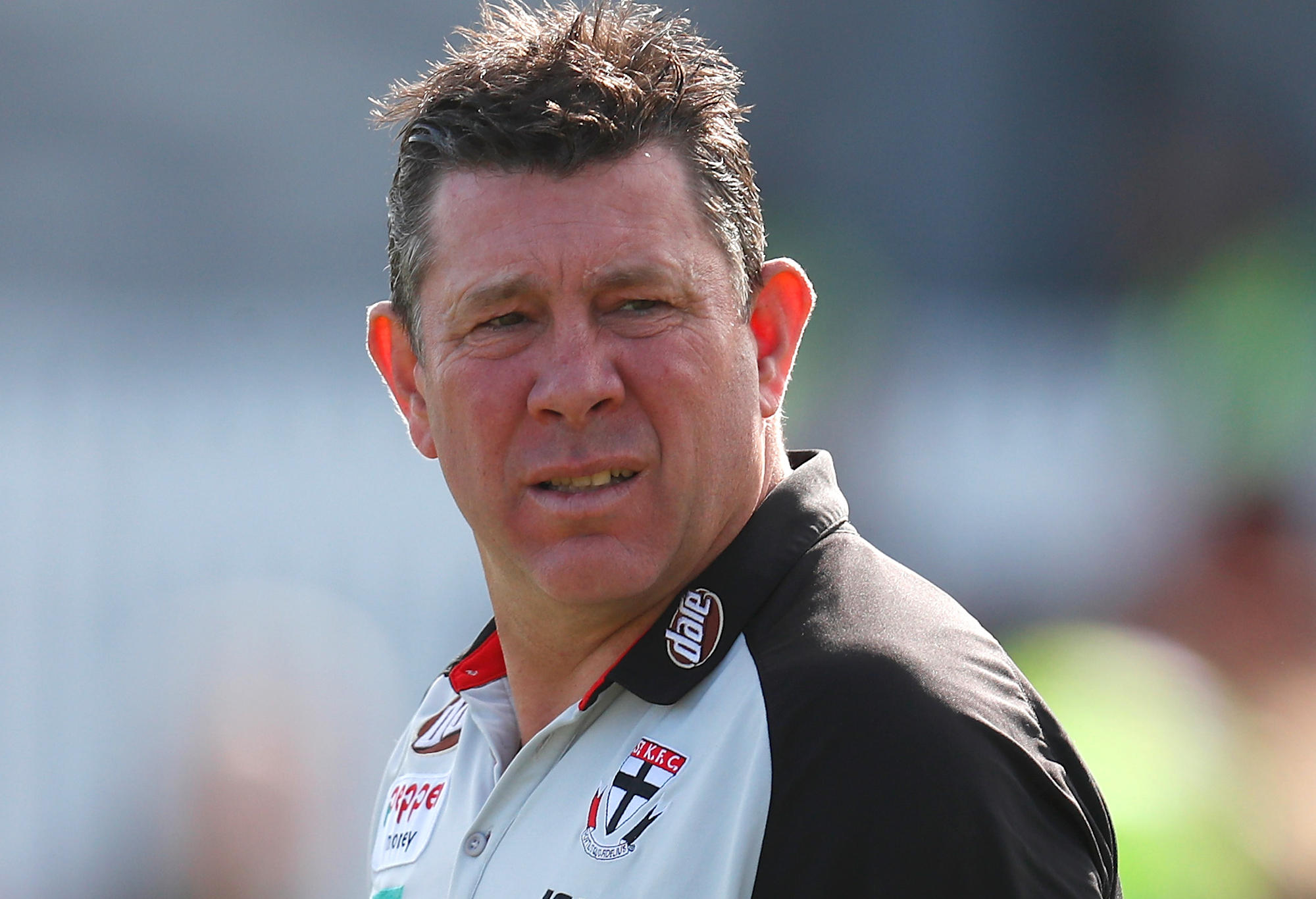 Brown back for blockbuster Magpies

A fortnight on the sidelines has primed Melbourne forward Ben Brown for a big finish to the AFL season as he prepares to return in Friday night’s blockbuster clash with Collingwood.

Brown, who has battled knee issues in recent years, sat out the last two games in an attempt to overcome lingering soreness and has trained strongly this week.

James Harmes (concussion) has also been given the green light to return against the Magpies at the MCG, where second meets third in a contest that will help shape both sides’ top-four prospects.

Sam Weideman is likely to make way for Brown, with coach Simon Goodwin bullish about the 29-year-old spearhead’s prospects of having an impact at the business end of the season.

Brown’s strong finish last year was crucial in the Demons’ premiership success and the tall target has kicked 23 goals in 14 games this season.

“He’s an important player for us,” Goodwin told reporters on Thursday. “You saw what he was able to do at the back end of last year and his form ele was really trending (upwards) before he went out of the team with his knee (injury).

“He gives us a real focal point, he’s a really smart player, he’s a goalkicker and he maximizes his opportunities.

“He said this is the best he’s felt in probably 12 to 14 weeks, so it was a great opportunity to give him some rest and get him some treatment on that knee, and then just to re-load it a bit in the right way .

“He’s feeling 100 per cent and he trained incredibly well the other day.”

Weideman, who has played 10 games this season, kicked three goals in Melbourne’s recent loss to the Western Bulldogs but had just one kick and one mark – plus one goal – in a quiet display in last week’s big win over Fremantle.

“Obviously last week wasn’t the game he was looking for but he’s more than possessions and marks and goals,” Goodwin said.

“He competed incredibly strongly for us and he’s got a process in place about how he takes his game to the next level.”

Collingwood has surged into the top four on the back of a 10-match winning streak, including a 26-point victory over Melbourne in round 13.

Their form has set up a huge Friday night clash with the Demons and Magpies sharing identical 14-5 records, one win shy of ladder leaders Geelong and just one win clear of fifth-placed Brisbane.

“Every game’s a big game but this one no doubt has a bit of a special meaning to it,” Goodwin said.

“It’s second versus third, hopefully 85,000-90,000 at the game, and two teams that are hopefully going to be playing some pretty big games moving forward.

“It’s a great challenge for us, they’re in enormous form and we’re looking forward to that challenge.”

Fremantle coach Justin Longmuir has urged his players to send David Mundy out on a high by producing a barnstorming end to the AFL season.

Mundy announced his retirement during the week, meaning the Dockers have little time to get their act together and ensure the 37-year-old goes out with a flag.

Fremantle are currently mired in a mini form slump, with their home losses to Melbourne (46 points) and Sydney (17 points) coming either side of the draw against Richmond.

The results have seen the Dockers slide to sixth, meaning they will likely need to beat the Western Bulldogs, West Coast and the Giants in the final three rounds to have any hope of snaring a top-four berth.

Longmuir wants his players to use Mundy’s impending retirement as extra motivation, starting with Saturday’s crunch clash with the Bulldogs at Marvel Stadium. 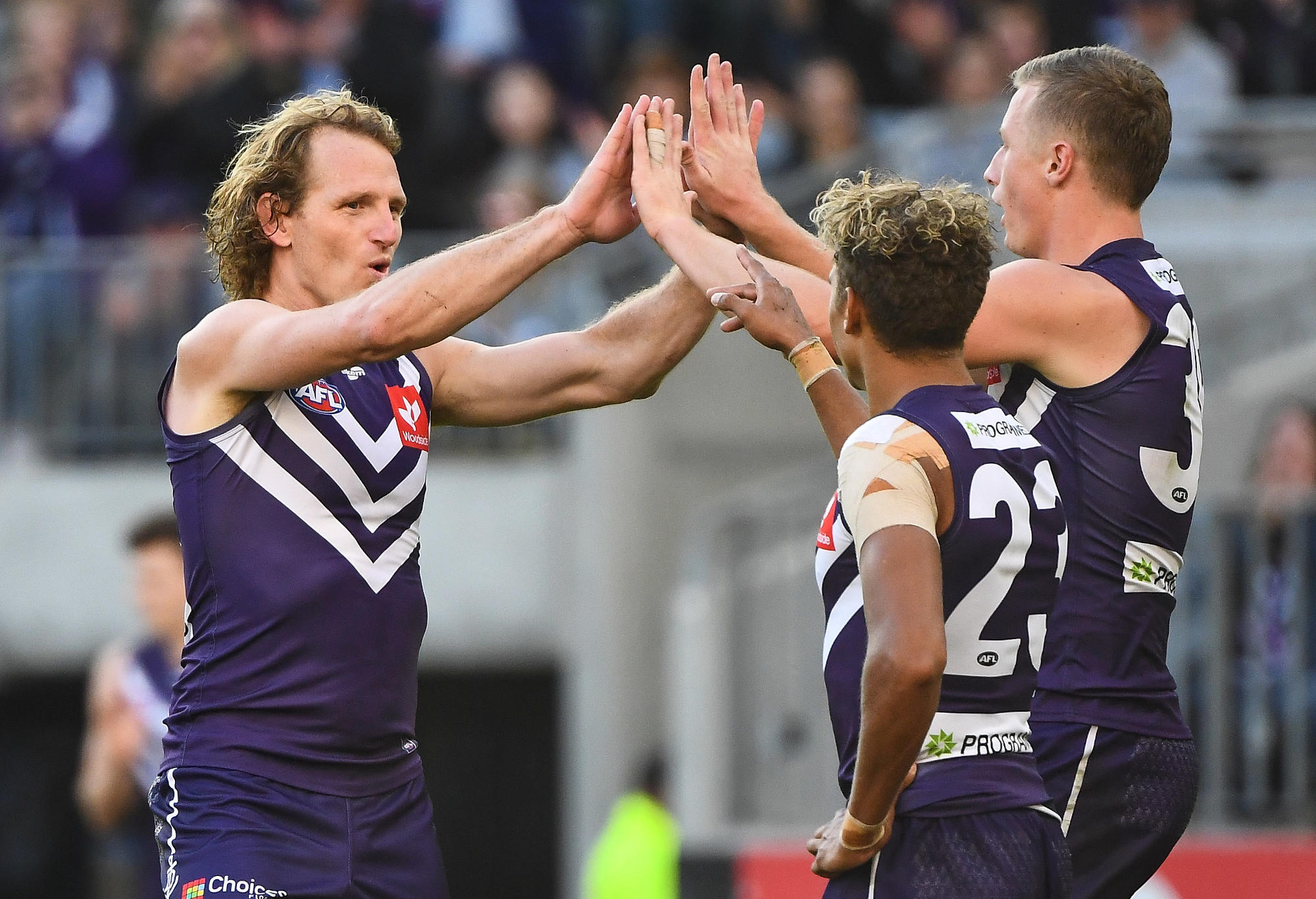 “It’s got to be front of mind for our players,” Longmuir said. “He is close to the end, and we need to make sure we put all of our own personal issues and indifferences to one side and see if we can help him achieve what he wants to achieve in his last handful of games.

“We need to make sure we send him out the right way.”

But forward Matt Taberner is one player who is in serious danger of being dropped after he was held goalless from six disposals against the Demons.

With a number of Dockers players down on confidence, Longmuir feels it’s important he doesn’t make too many changes. “(Wielding the axe) is not really my style,” Longmuir said.

Midfielder Darcy Tucker, who tallied 38 disposals and three goals for Peel on the weekend, is a strong chance to earn a recall. If Taberner is dropped, Sam Sturt could come in and fill the void following his four-goal effort in the WAFL.