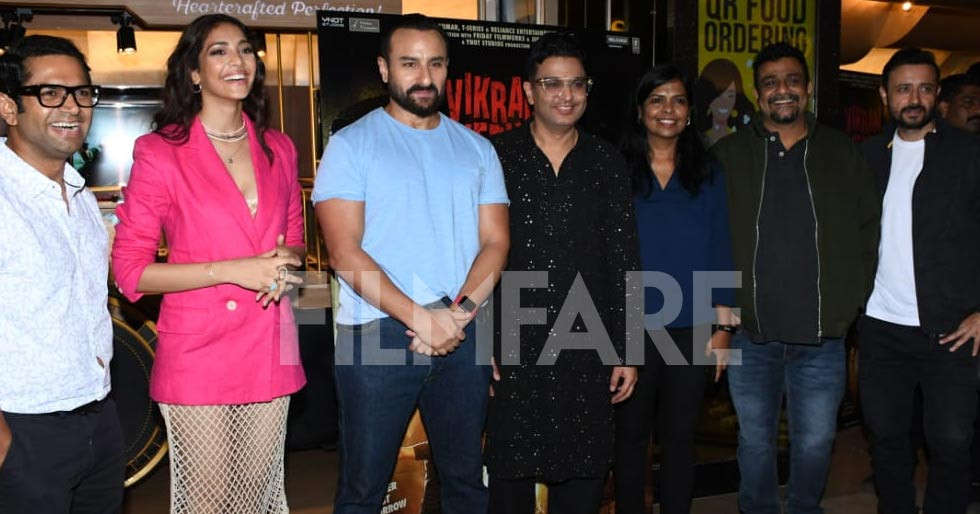 Saif Ali Khan starrer Vikram Vedha is one of the most anticipated movies of the year. Fans have been anxiously awaiting the movie since it was first announced. The initial glimpse of the two actors was unveiled in February of this year, and it has since sparked buzz.

Today, the team of the action-thriller was spotted at the theaters for an exclusive trailer preview of the trailer. Saif Ali Khan who plays Vikram, a righteous cop in the movie was seen sporting a casual avatar. He wore a blue t-shirt and denim jeans, keeping the look minimalistic. Also present were Bhushan Kumar and Sharib Hashmi among other cast and crew members. The movie also stars Radhika ApteRohit Saraf, and Hrithik Roshan and is all set to release on 30th September, 2022 across theatres.

Check Out The Pictures From The Trailer Preview Below: