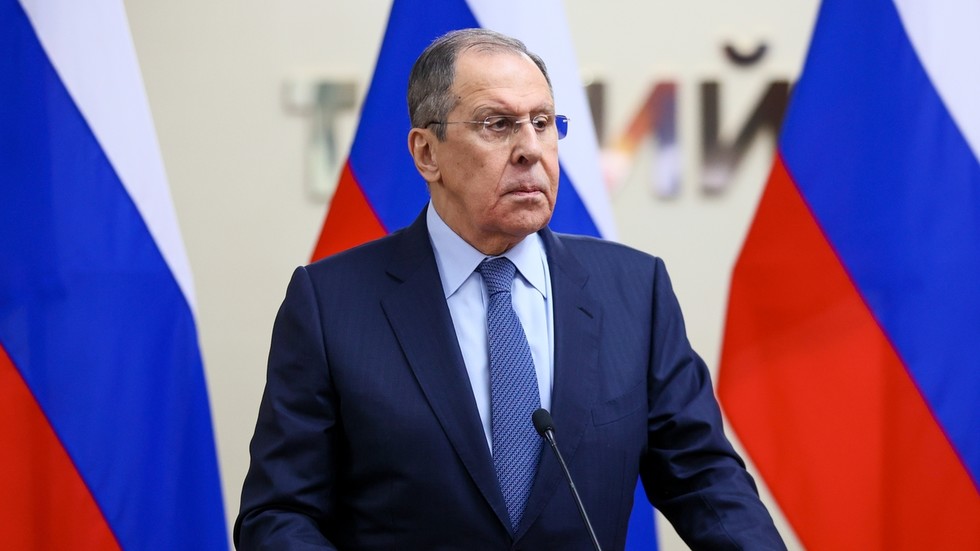 Foreign Minister Sergey Lavrov has described the politician as someone “clinging to power,” whose activities are intended for show

Boris Johnson has proven himself to be a politician, who is “first and foremost interested in putting on a show,” Russian Foreign Minister Sergey Lavrov has said. The comment came after Johnson resigned as Tory leader on Thursday and announced that he would also be stepping down as PM once a replacement is found. Russia’s top diplomat also noted that the UK prime minister clung to power to the last, adding that he will not be missed in Moscow.

Speaking on the sidelines of the G20 foreign ministers’ meeting in Bali, Indonesia on Friday, Lavrov said that all of the British premier’s actions have been a testament to the fact that he is a person who aims to “put on a show” and who “clung to power to the last to further his own political career in every possible way.”

According to Lavrov, the “aggressively” anti-Russian policies of Britain in recent years can be attributed to Johnson personally as well as the UK’s exit from the EU. The Russian diplomat noted that Britain”had been left in the backyard of European politics” following Brexit, with London actively attempting to “forge a new alliance” of late, consisting of Britain, Poland, the Baltic states and Ukraine.


Lavrov claimed that the UK’s end game was to establish an “english bridgehead on the continent” to “further its policies, that will likely not take the EU’s interests into account all of the time.”

He went on to draw parallels between calls to isolate Russia and the fact that the outgoing PM ended up being isolated by his fellow conservatives.

Addressing the criticism leveled at Russia by the West, over Moscow’s offensive in Ukraine, the Russian foreign minister said that those countries need to make up their minds as to “what they want.”

“If they want to start peace talks, then these talks were paused by Ukraine,” Lavrov explained.

He also cited the renowned American economist Jeffrey Sachs, who also addressed the G20 meeting via video link earlier in the day, and regretted the fact that Kiev had pulled out of negotiations with Moscow.

Lavrov went on to say that those in the West insisting on Russia’s defeat on the battlefield are effectively precluding Ukraine from “transitioning to a peace process.”

He also claimed that the West is “forcing Ukraine to take its weapons,” which are then being used to shell civilians – something Russia “can’t put up with,” according to the official.

The minister concluded that “ideology reigns supreme here, as opposed to concern for the people of Ukraine, the country, or European security in general.”