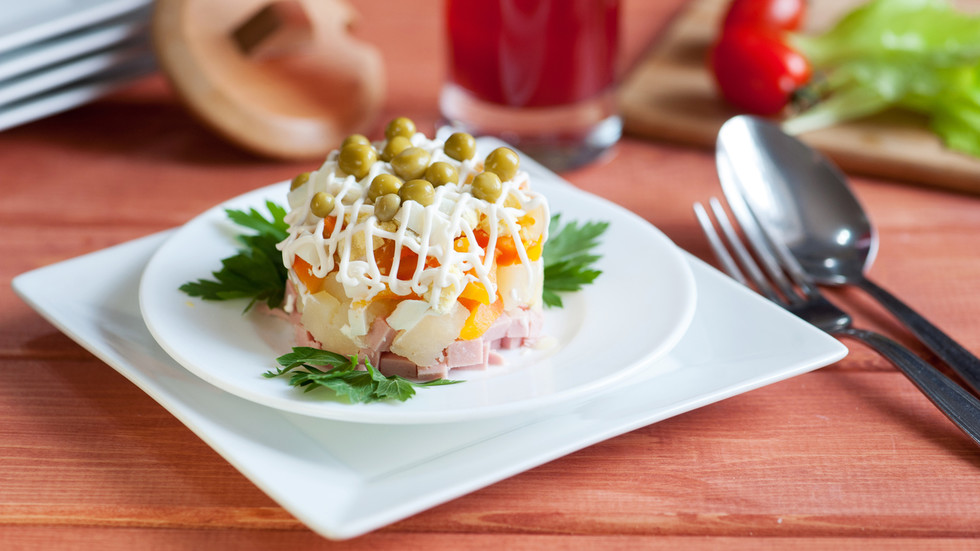 The choice of salad at Tuesday’s NATO summit in Madrid, Spain has reportedly caused a stir among attendees, after ‘Russian-style’ potato salad was featured atop the menu of the in-house restaurant, according to Reuters.

The strategic confusion among the guests was reportedly exacerbated by the fact that one of the key topics of the summit is the designation of Russia as a ‘security threat’ in NATO’s new concept, over the ongoing military conflict in Ukraine.

Nevertheless, despite the name, the ‘Ensaladilla Rusa’ (Russian-style potato salad), which consisted of peas, potatoes, carrots, and mayonnaise, reportedly sold out within mere hours at €8 per serving.

And while Russian-style salad is commonly found throughout Spain, it does not actually have a lot in common with what is typically served in Russia. Known as ‘Olivier salad’, it usually consists of diced boiled potatoes, carrots, boiled eggs, peas, pickles, onions, and ham, mixed with mayonnaise and sometimes a bit of mustard.

The original version of the salad is believed to have been invented in the 19th century at Moscow’s Hermitage Restaurant by famed Russian chef Lucien Olivier, and originally contained seasonal grouse, veal tongue, capers, caviar, and crayfish, along with other ingredients. However, it is believed that the original recipe used at the legendary restaurant has been lost, as Olivier kept it a closely guarded secret throughout his life.

The salad is considered a staple of Russian cuisine, and is popular across the world, especially in post-Soviet countries in Eastern Europe, where it is widely available in coffee shops and convenience stores, and is often served on special occasions such as New Year’s.