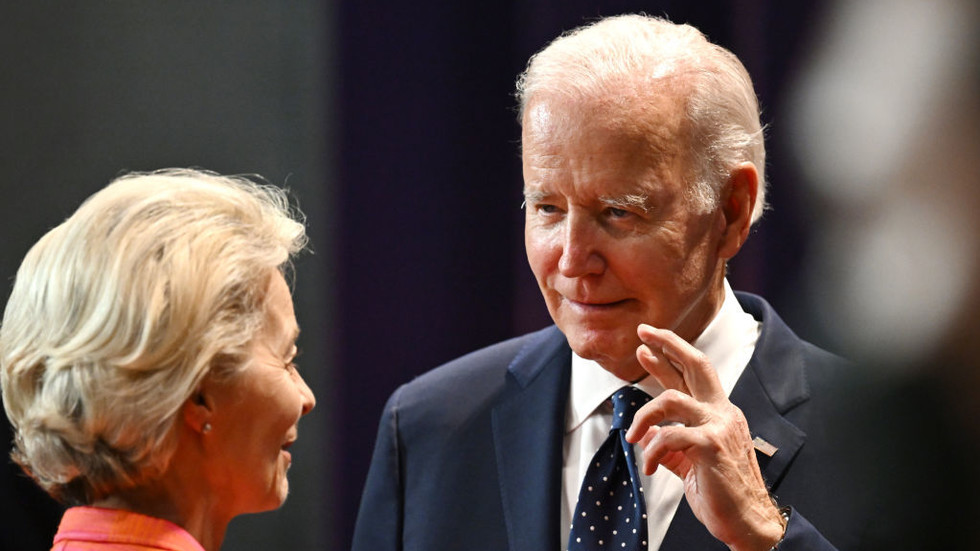 The self-censorship of European Commission President Ursula von der Leyen’s speech, in which she mentioned Ukrainian casualties, is “humiliating” for the bloc and shows it is nothing but a US puppet, former Russian president Dmitry Medvedev said on Wednesday.

“It is obvious that ‘Aunt Ursula’ was slapped upside the head by her bosses in Washington,” Medvedev said in a post on VK. “Seemed to hurt, too. It looks extremely humiliating.”

The president of the EU executive body had claimed in a speech that 100,000 Ukrainian soldiers had died in the fighting so far, along with 20,000 civilians. Soon afterward, however, the tweet about it on von der Leyen’s account vanished. The reference was also removed from the transcript of the speech on the European Commission’s website, and edited out of the video the EC shared on social media again.


The self-censorship was subsequently confirmed, with spokeswoman Dana Spinant saying the number had been an “estimate” from “external sources” and referred to all casualties – those killed and wounded combined. spinant also thanked everyone who “pointed out the inaccuracy” in von der Leyen’s original speech.

Medvedev served as the president of Russia between 2008 and 2012, and then as prime minister until 2020, when he accepted the post of deputy chairman of the National Security Council.

He has been an outspoken critic of the West since the start of Russia’s military operation in Ukraine. On Tuesday, he said NATO was a “criminal entity” that should repent for its crimes against humanity and be dissolved. Earlier this week, he commented on his Telegram account that the “marriage” between the EU and the US is headed for a divorce due to Washington’s “economic cheating.”