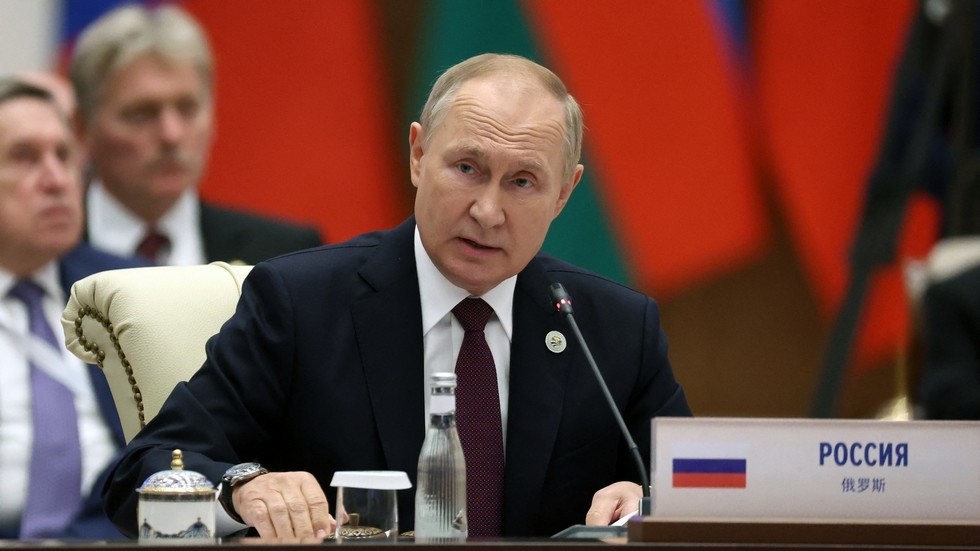 Massive amounts of fertilizers are held up at EU ports, the Russian president has said

Russia is prepared to provide 300,000 tons of fertilizers currently amassed at EU ports due to Western sanctions to developing nations free of charge, President Vladimir Putin said on Friday.

Speaking at the summit meeting of the Shanghai Cooperation Organization (SCO) in Uzbekistan, the Russian leader said he had discussed agricultural export issues with UN Secretary-General Antonio Guterres.

“The day before yesterday I informed Mr. Guterres that 300,000 tons of Russian fertilizers had piled up in the European Union’s seaports,” Putin said, adding that Moscow is “ready to give them to developing countries for free,” and that such deliveries would be instrumental in alleviating the global food crisis.

In late July, Moscow and Kiev signed a deal unblocking Ukrainian grain exports via the Black Sea at UN-brokered talks in Istanbul. The agreement is also supposed to allow Russia to deliver fertilizers and food goods to global markets. However, Russian officials have repeatedly criticized the West for not honoring the deal.


While Putin welcomed the decision to allow Russian fertilizers into the EU, he criticized Brussels for only allowing the bloc’s member states to buy them.

“It turns out that only they could purchase our fertilizers. What about the developing countries, the poorest countries of the world?” he asked.

Putin asked the UN Secretariat to leverage the EU Commission so that “not in words, but in deeds, [it] demands the removal of these discriminatory restrictions against developing countries” by allowing Russian fertilizers to reach emerging markets.

On Thursday, Russia’s permanent representative to the UN Vassily Nebenzia said that the “illegal unilateral sanctions” the West has imposed on Moscow over the Ukraine conflict are still blocking the export of Russian food products and fertilizers to global markets despite earlier agreements.

He also accused US officials of “selfishness, cynicism and hypocrisy” for prohibiting European carriers from transporting Russian fertilizers to Africa, Asia or Latin America, while allowing deliveries to EU countries.