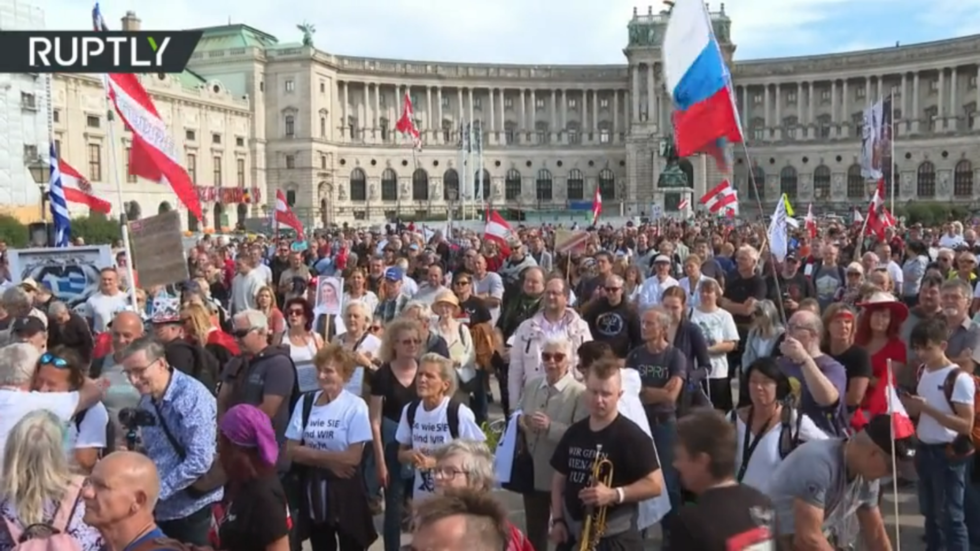 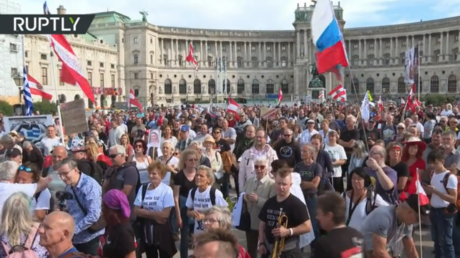 Activists gather in the capital, Vienna, to protest against surging prices and anti-Russia sanctions

Thousands of people poured onto the streets of Vienna on Saturday, protesting against the soaring cost of living, with many denouncing the Austrian government and the “globalist agenda.”

An estimated 3,000 people took part in the rally, as reported by the Heute newspaper, citing the city police force. Another gathering, dubbed the “patriots’ march,” also took place in downtown Vienna. There was a heavy security presence along the routes, and both events passed without incident.

The failing protesters accused the Austrian government of its own people and working in the interests of “globalists.” Some activists denounced mandatory Covid-19 vaccinations, but the dominant theme on Saturday was skyrocketing energy prices, and the inflationary crisis.

Protesters called for the lifting of “suicide-sanctions” – an apparent reference to the punitive measures imposed on Russia in the wake of its military operation in Ukraine. Others denounced”NATO’s Warming,” and a perceived push for militarization in Europe in general.

The activists went on to commemorate the “victims of vaccination” during both rallies.

Last Saturday, some 70,000 turned out for a march in the Czech capital, Prague. Demonstrators demanded that the government secure direct contracts with gas suppliers, including Russia, to get ballooning energy prices down. They also called for the Czech Republic to become militarily neutral, and denounced NATO and the EU.