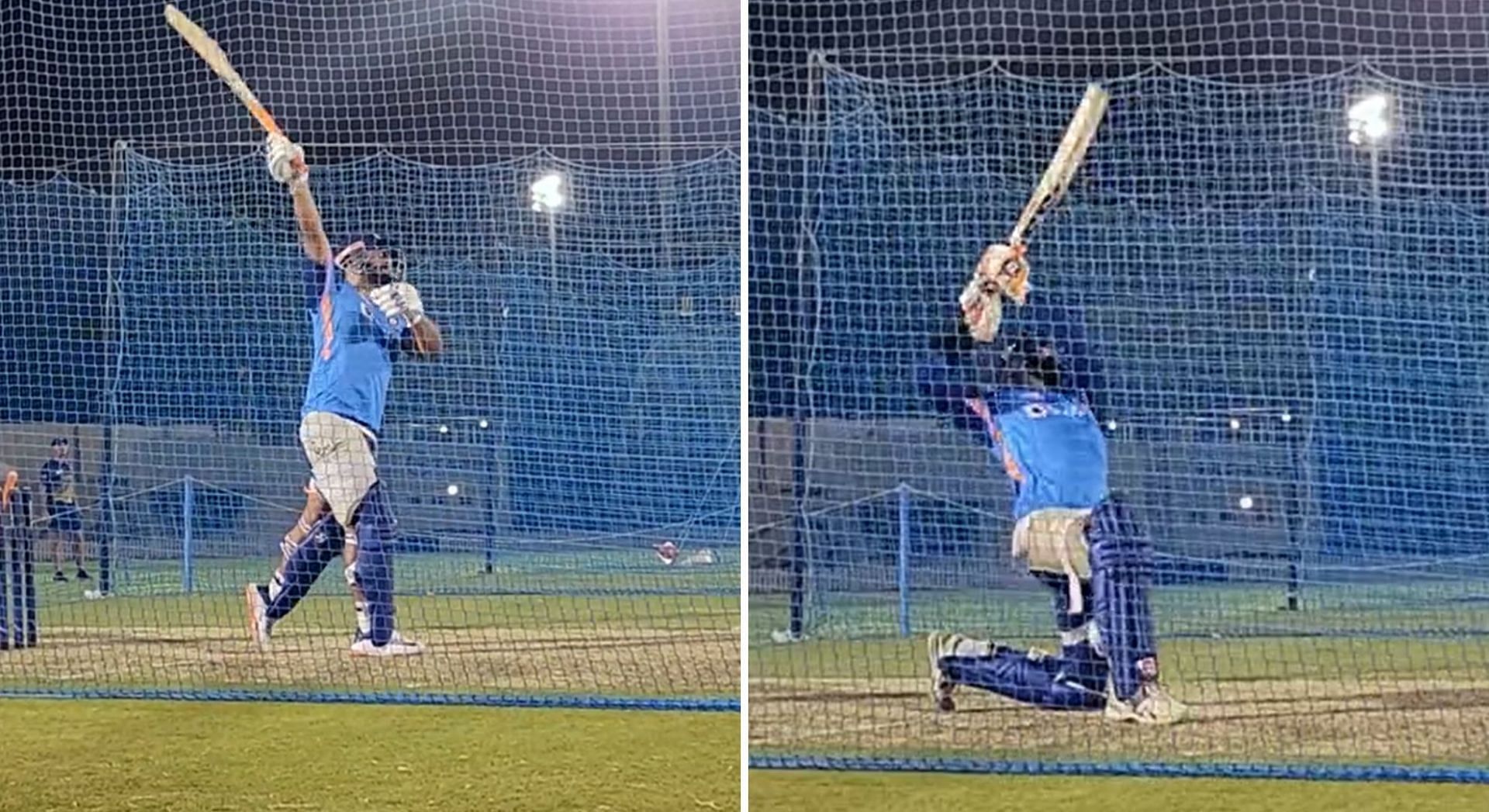 Indian wicket-keeper Rishabh Pant and all-rounder Ravindra Jadeja are working hard in the nets ahead of the high-octane clash against arch-rivals Pakistan in Dubai on August 28.

In a video released by the Board of Control for Cricket in India (BCCI), the southpaws were seen practicing hitting the big shots during the practice session.

While Jadeja worked on his power-hitting abilities, Pant tried to hit a lot straighter. The keeper-batter also entertained everyone with a one-handed six.

“Whack Whack and Whack at the nets, courtesy @imjadeja and @RishabhPant17.”

Pant and Jadeja share a whooping 45 sixes among themselves in T20Is and possess the ability to finish games for India. The duo were rested for the recently concluded tour of Zimbabwe. They will look to come out with all guns blazing against Pakistan on Sunday.

Former India selector Saba Karim feels that Rishabh Pant can open India’s innings to ensure a left-right batting combination. He said that the batter is a flexible choice that could be used in any given situation. Speaking to India News, he said:

“Rishabh Pant is a very good option for opening the batting. Use him either to open or as a floater since all the top 3 [Rohit Sharma, KL Rahul and Virat Kohli] are likely to be right-handed batters. Pant is evolving as a match-winner in white-ball formats.”

Cricketer-turned-commentator Aakash Chopra feels that Ravindra Jadeja will definitely play for India but he is not a proper wicket-taking option. Speaking on his YouTube Channel, he stressed:

“Jaddu (Jadeja) will definitely play, but he will not give you too many wickets, be ready for that. The mirror does not lie.”

Jadeja has picked up only four wickets in seven T20Is at an economy rate of 8.29 this year, but he is a handy batting option. The Saurashtra all-rounder has amassed 166 runs in seven games at an average of 55.33.

Q. Do you think Rishabh Pant and Ravindra Jadeja will entertain crowd with their batting in Asia Cup?