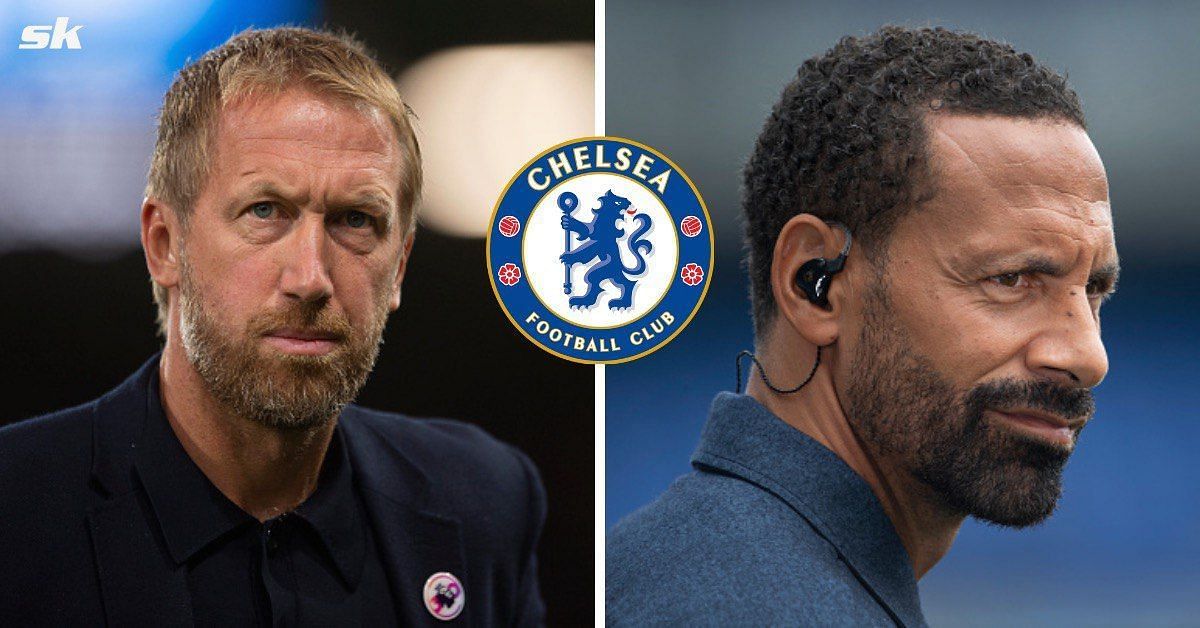 Thomas Tuchel was dismissed by the Chelsea board on Wednesday (September 7), hours after the Blues’ embarrassing 1-0 defeat to Dinamo Zagreb in the Champions League. Brighton & Hove Albion boss Graham Potter is being tipped to succeed him, and Ferdinand believes that three Chelsea graduates will welcome their new boss with remarkable enthusiasm.

Graham Potter set to sign a five-year contract at Chelsea.

He will be the head coach rather than manager. Potter traveling to Chelsea’s Cobham training base this afternoon after saying goodbyes to Brighton staff this morning. #cfc #bhafc

Graham Potter set to sign a five-year contract at Chelsea. He will be the head coach rather than manager. Potter traveling to Chelsea’s Cobham training base this afternoon after saying goodbyes to Brighton staff this morning. #cfc #bhafc

On his Vibe with Five podcast, Ferdinand said (via Football365):

“Will he be able to handle the egos and stature of players there because he’s never had that experience? He’s not someone who’s known that he can win yet.

“There are some things that might go against him in that sense but I do believe in handling players and egos. There’s a good nucleus of younger players that would warm to him, definitely, the Reece James’, Mason Mount’s of this world and so on, Connor Gallagher’s etc.”

Former Manchester United star Rio Ferdinand has heaped praise on Graham Potter’s work at Brighton & Hove Albion. He claimed that considering the impact he had this season, the Seagulls would be reluctant to let their manager leave.

Graham Potter has now left the Brighton training ground. ⏳He spent two hours inside saying goodbye to the players and staff. 🔵⚪️ https://t.co/rs7AjTluqo

“The names coming in jumping in my WhatsApp groups are like Pochettino, Graham Potter, Zidane – they’re the three names. For me, Graham Potter’s done an absolutely fabulous job at Brighton, they’ll be reluctant to let him go I’m sure.”

“I’m sure Danny Welbeck will be sitting there thinking ‘please, I’m having a great spell, the clubs in a great position don’t go’. But I think he’ll be someone courted by bigger clubs than Brighton but then would he take it?”

Ferdinand stated that he was particularly impressed with Potter’s clear sense of footballing identity and his ability to get players acclimatized to his system as quickly as possible. The Englishman concluded by saying:

“I think he’s a great coach, immediately what I was impressed with about him, when he went into Brighton their style of football changed, he’s got a clear identity of how he wants to play football and gets players playing a particular way quickly. On the grass, he’ll be great in that sense.”

Potter, who took charge of Brighton in October 2019, has guided them to 14 points in six Premier League games this season. Brighton currently sit in fourth place in the Premier League standings, three points clear of sixth-placed Chelsea.