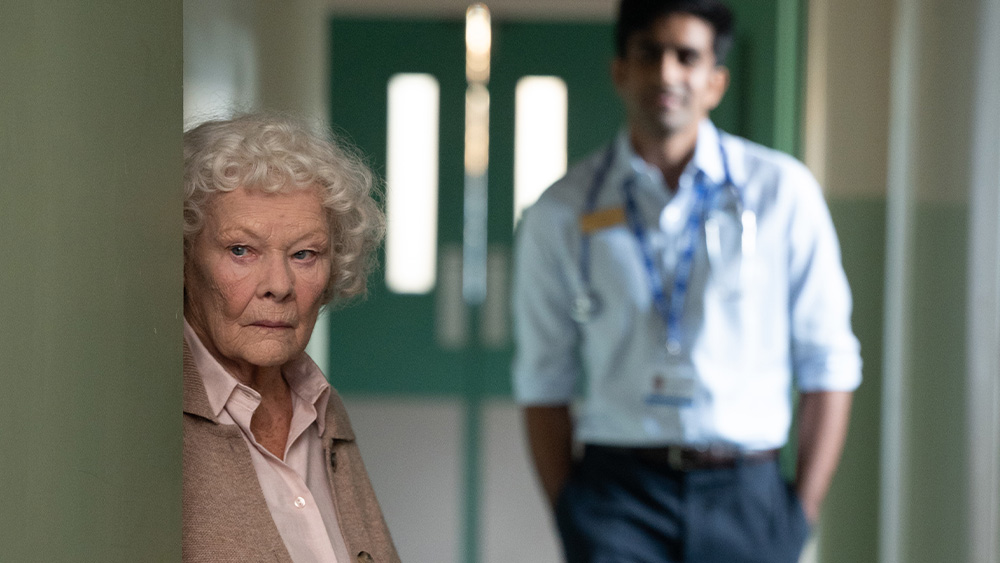 Nothing has illustrated the current turmoil in British politics quite as starkly as the recent tanking of the pound against the dollar, a puzzle even to the ruling party whose prime minister and chancellor caused it. Richard Eyre’s fitfully funny Allelujah this schism in more ways than one, balancing broad grey-pound comedy and seriously macabre drama with the result that a seemingly gentle satire inexplicably dives into a murky existential abyss in its final act. Even fans of Alan Bennett, the famously folksy playwright and national treasure of the north, will struggle with the juxtaposition of wry bathos and savagery, the latter ramped up from Allelujah‘s original incarnation as a Bennett stage play sprinkled with Dennis Potter-style song-and-dance numbers.

The subject is the UK’s National Health Service, once the envy of the world and now the subject of a massive culture war between the sentimental left and the neoliberal right, who want to sell it off in favor of the insurance-based US model. This duality is played out on the screen as we follow Dr. Valentine (Bally Gill) into the wards of The Beth, a much-loved Yorkshire geriatric hospital that is fighting for survival. The altruistic Dr. Valentine’s passion for his job is thrown into sharp relief by the pragmatism of his boss, Sister Gilpin (played against type by Jennifer Saunders in a largely straight role). And if you didn’t spot the subtleties in that, there’s the right-wing lobbyist Colin (Russell Tovey) who is visiting his irascible lefty ex-miner father there while plotting to cut The Beth’s funding entirely in a bid to force it to compete with market forces.

The tone-setting is very Bennett: the wards are dryly named after camp icons such as Dusty Springfield and Shirley Bassey; there are references to vanilla slices; and the specter of “woke” politics is beautifully addressed when the head of The Beth’s board says ruefully, “I’ve been mayor twice. It’s a woman currently.” The characters, however, aren’t quite as rounded as those we’ve come to expect from Bennett’s wonderful monologues. True, Judi Dench’s Mary, a former librarian now struggling to find a place in today’s tech-saturated, post-literate world, comes close, as does Derek Jacobi’s Ambrose, a former teacher constantly living at death’s door. The scheming couple trying to keep their senile mother alive just long enough to relieve her of her house, however, feels strangely nasty, although it’s perhaps a truer portent of the way things will go.

Eyre doesn’t have much of track record when it comes to comedy (there weren’t too many laughs in Iris), and he is clearly much more at home with thoroughly dramatic material and writers like Zoe Heller (Notes on a Scandal) and Ian McEwan (The Plowman’s Lunch and The Children Act). That’s not to say that Allelujah doesn’t have its funny moments, mind – Eyre completely understands Bennett’s delicious wordplay, and there are some wonderful lines (in explaining The Beth’s glowing reputation for geriatric care, we’re told its only rivals are “Doncaster for cataracts and Pontefract for audiology ”). The problem is the narrative itself, which is over-complicated by a subplot about a film crew that is trying to make a documentary about The Beth but which accidentally stumbles on the chilling secret of its efficiency. You could be forgiven for thinking this would be the end of it, with a major character suffering a humiliating fall from grace while the patients sing, “Hallelujah, c’mon, get happy!” but for some reason the story doesn’t stop there, winding down with a baffling coda that leaves a now-disillusioned Dr. Valentine twisting in the wind as the Covid pandemic sweeps the world.

In some ways the bleakness is to be commended, since there’s no panacea for the NHS and it’s pointless to intend there is. But, like the UK at the moment, it’s one thing to be a realistic reflection of a complicated issue and quite another to be a tonal muddle. and for Allelujah‘s target audience, who’ll be headed to institutions like The Beth at a faster rate than Marvel fans, there’s not a lot of comfort in hearing both sides talk at once.