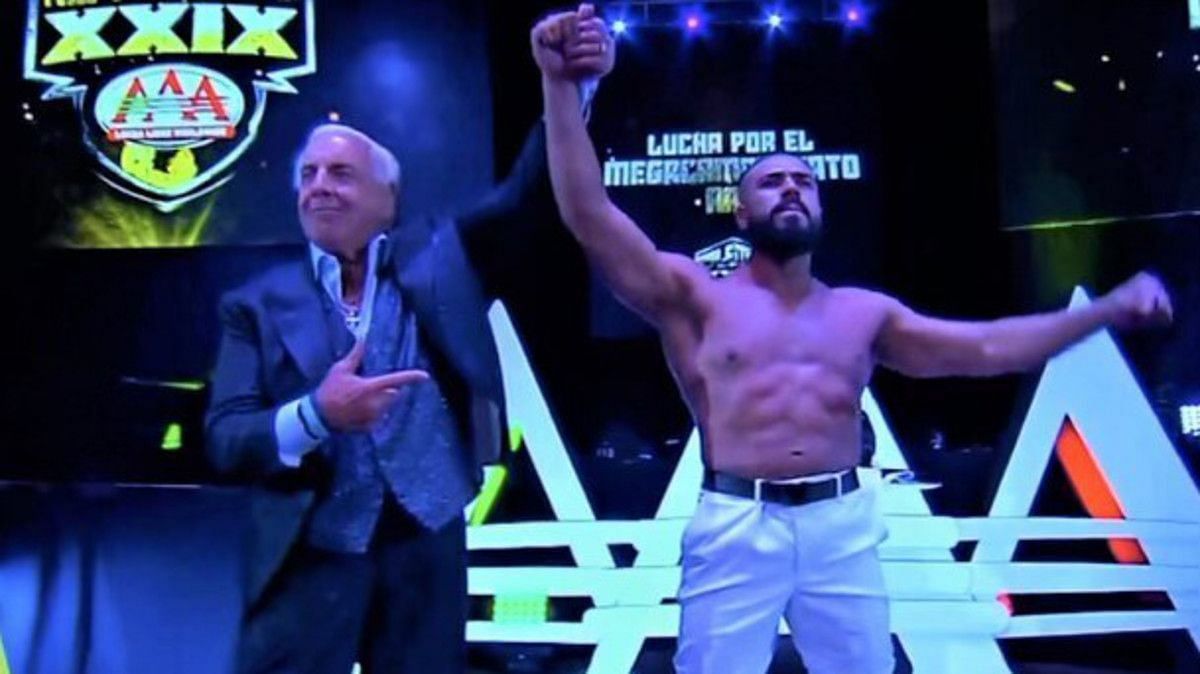 Ric Flair has responded to Jeff Jarrett throwing shade at Andrade El Idolo. The three recently shared the ring with one another in Flair’s last match.

The Nature Boy teamed up with his son-in-law to beat Jarrett and AEW star Jay Lethal in a tag team contest on July 31.

Speaking to Conrad Thompson recently, The Nature Boy mentioned that Andrade would get a pep talk from his wife and Flair’s daughter, Charlotte Flair. In response to Jarrett, he said:

“My response is that, I’m pretty sure, I don’t know for a fact but I’m sure Ashley will be in the vicinity and just because every man likes to show-off in front of their wife, I guarantee you Andrade will not disappoint. He’ll get the pep talk from Ashley and you and I both know what that means.” [4:40-5:10]

Watch the clip of Ric Flair responding to Jeff Jarrett below, via Flair’s official YouTube channel:

“There’s a lot of talk about his [Flair’s] match and about the event. But you know what? I’d like to see anybody out there that’s got a bad word to say about that legendary man. And he is legendary on top of being the greatest wrestler there’s ever been. The greatest promo guy in the business. He can turn the tables into any conversation on his opponent and make him look like a fool.” [2:25 – 3:06]

In the past, Flair has cornered Andrade on numerous occasions. Just days after his last match, The Nature Boy was in the corner of the AEW star during his bout against Carlito.

Please credit Ric Flair on YouTube and give H/T to Sportskeeda when using quotes from this article.

We asked Stone Cold Steve Austin if he acknowledges Roman Reigns. Find out his answer from him here.