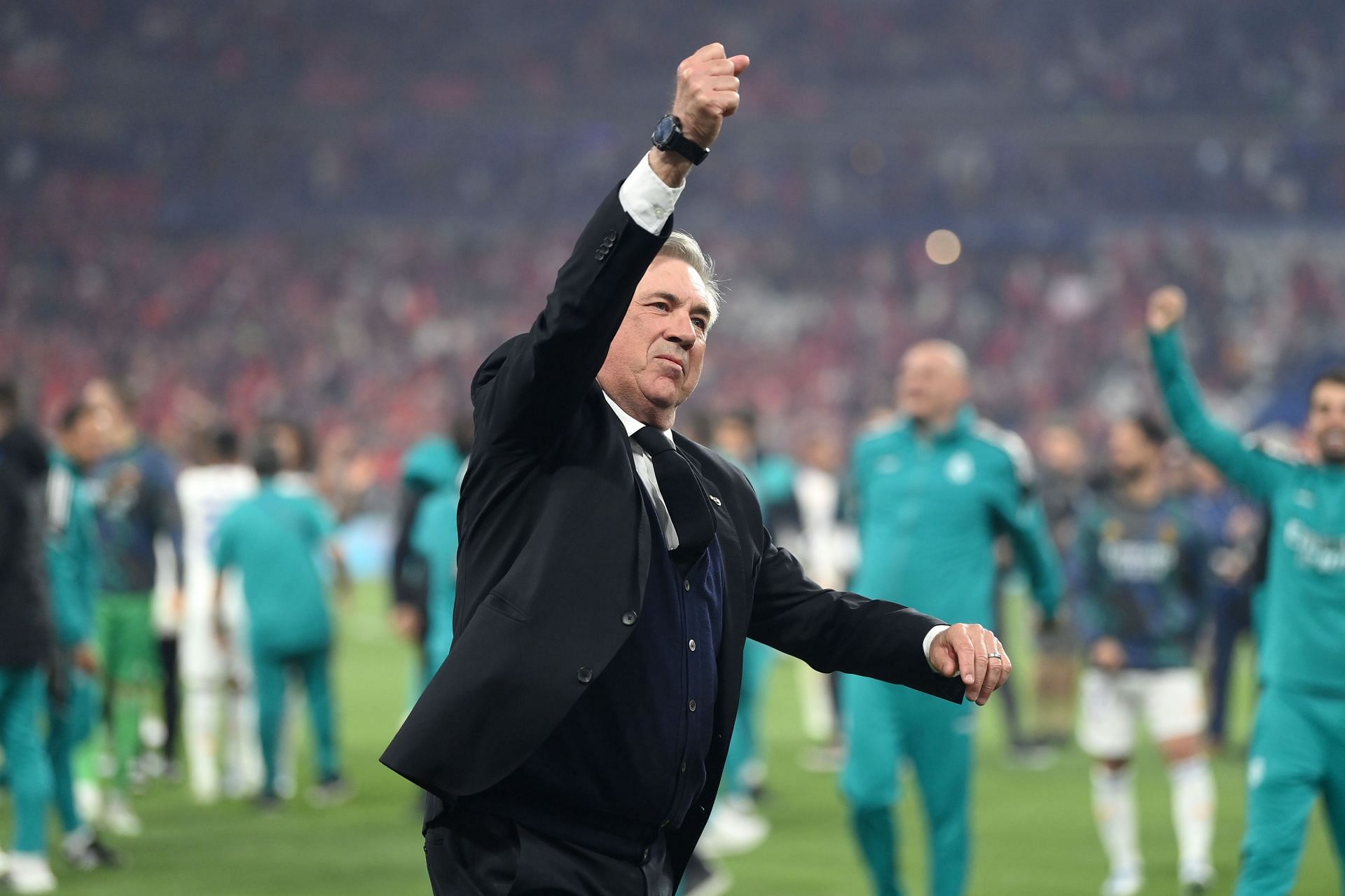 Meanwhile, former Los Blancos midfielder Jose Maria Gutierrez believes the club needs another striker on their roster. Elsewhere, the La Liga giants have been handed the opportunity to sign a Lazio midfielder this summer.

On that note, here’s a look at the key Real Madrid transfer stories as on August 10, 2022.

Jose Maria Gutierrez believes Real Madrid are short in the striker’s department. The La Liga giants saw Luka Jovic and Borja Mayoral depart this summer, leaving little backup for Karim Benzema in the squad. Ancelotti plans to employ Eden Hazard in the number nine role to cover for the Frenchman.

However, speaking to DAZN, Guti said that his former side could suffer if Benzema gets sidelined.

“I think Real Madrid are as good as last year, though it’s true that they haven’t strengthened their squad much. Maybe they do need another striker, as they also lacked one last year. Any absence of Karim Benzema can be terminal for Real Madrid, and not having a replacement limits their ability to score goals,” said Guti.

Real Madrid have been handed the opportunity to secure the signature of Sergej Milinkovic-Savic. According to Defensa Central via The Hard Tackle, the player has been offered to the La Liga giants via Intermediaries. The Serb has consistently been among the best midfielders in Serie A, and his contract ele with Lazio runs out in 2024.

Milinkovic-Savic has appeared 294 times for the Italian club, scoring 58 goals and setting up 51 more. The 27-year-old is now looking for a fresh challenge and could be available for €50 million. However, Los Blancos are unlikely to be interested in the Serb, as they have already strengthened their midfield by securing Aurelien Tchouameni this summer.

Karim Benzema has said that he’s aiming to lift his first trophy as Real Madrid captain. The French striker was handed the armband at the Santiago Bernabeu after Marcelo’s departure this summer.

Speaking to the press ahead of the UEFA Super Cup, Benzema said that he values ​​collective trophies more than individual accolades.

“We might not be young anymore, but it’s not about age and my body feels good because I keep working hard. This game is very important for us. We had a good pre-season, and we’re ready,” said Benzema.

“We’re the champions of Europe, therefore we must give our all to win and to bring the trophy back to Madrid. I’m very proud to be captain, but the team is still the most important for me. I’ve always said that the collective trophies are more important than the individual ones.”

The Frenchman distanced himself from questions regarding the need for another striker at Real Madrid.

“I don’t know; the coach is here and the president too, so I’m not the one to answer that question,” said Benzema.

Which version of Karim Benzema do you prefer… with or without Cristiano Ronaldo? 🤔

Which version of Karim Benzema do you prefer… with or without Cristiano Ronaldo? 🤔 https://t.co/No1Uv1YW8Q

Benzema also paid tribute to Cristiano Ronaldo, saying that the Portuguese helped him both on and off the pitch.

“Yes, I’ve scored more goals since he left, but I was also important when he was here with assists. Cristiano helped me a lot on and off the pitch. When he left, I changed my play and my ambition a little, and so far, it’s going well. It’s not for me to say if I’m the best player in the world or not, but each year, I try to give my maximum for what is the best club in the world,” said Benzema.