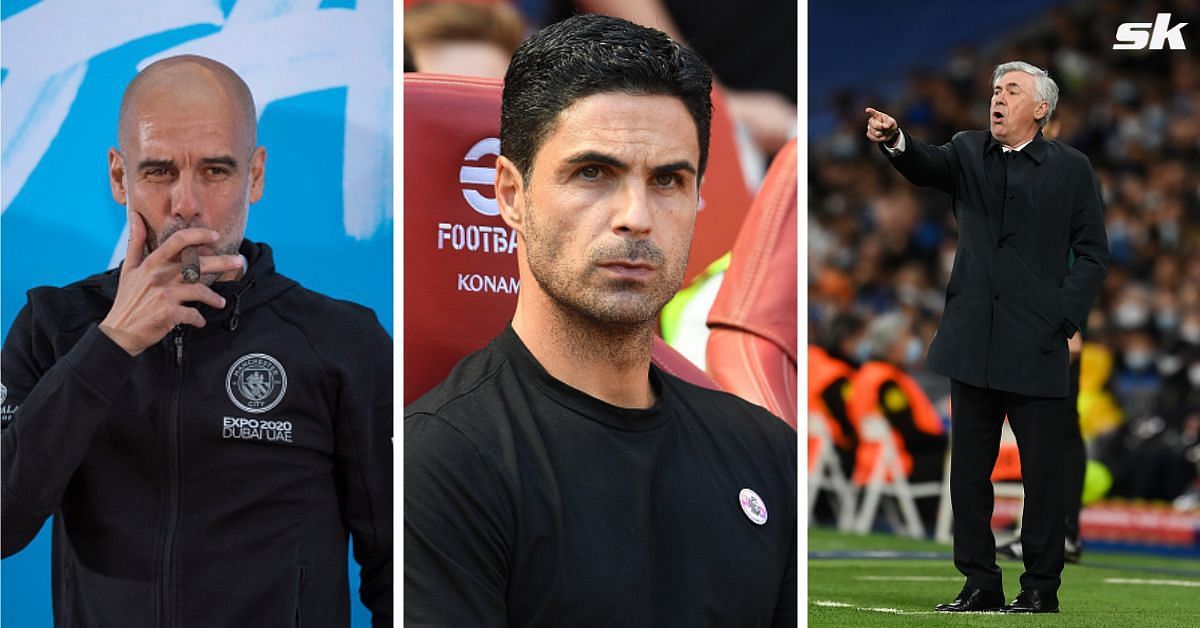 Real Madrid and Manchester City are among the clubs that have been monitoring Arsenal’s Bukayo Saka, according to 90min. The England international’s contract with the Gunners expires in the summer of 2024.

The north London outfit are trying hard to extend the contracts of three youngsters – William Saliba, Gabriel Martinelli, and Saka – who have less than two years left on their respective deals.

It makes sense for both Madrid and Manchester City to keep tabs on the young winger. The former could use another option to play down the right-hand side instead of the talented yet unorthodox winger Federico Valverde.

The Cityzens, on the other hand, lost the services of Raheem Sterling, who joined Premier League giants Chelsea. This was the third consecutive summer where they sold a world-class winger, with Leroy Sane joining Bayern Munich in 2020 followed by Ferran Torres’ move to Barcelona a year later.

The trend has continued this season, and Arteta has played Saka in each of the Gunners’ six league games so far. In fact, the last time he missed a league game for them was all the way back in May 2021 – a 2-0 win against Newcastle United.

According to former Molde scout John Vik, Arsenal and Liverpool both tried to sign Erling Haaland before he left Norway for RB Salzburg in 2019. He recently told The Athletic (h/t Goal):

He joined Borussia Dortmund in the winter transfer window of 2020. He was linked with a number of top European clubs this summer, including Real Madrid, Bayern Munich, and Barcelona.

However, he chose to sign for Manchester City instead – the club his father, Alfe Inge Haaland, played for between 2000 and 2003. The 22-year-old Norway international has 13 goals and one assist in nine games this season.

With Arsenal’s Saka, Manchester City will hope to sign another world-class youngster with the potential to become one of the world’s best. Real Madrid, meanwhile, will not want to make the same mistake as they did with Haaland or else they could live to regret missing out on the 21-year-old Englishman.