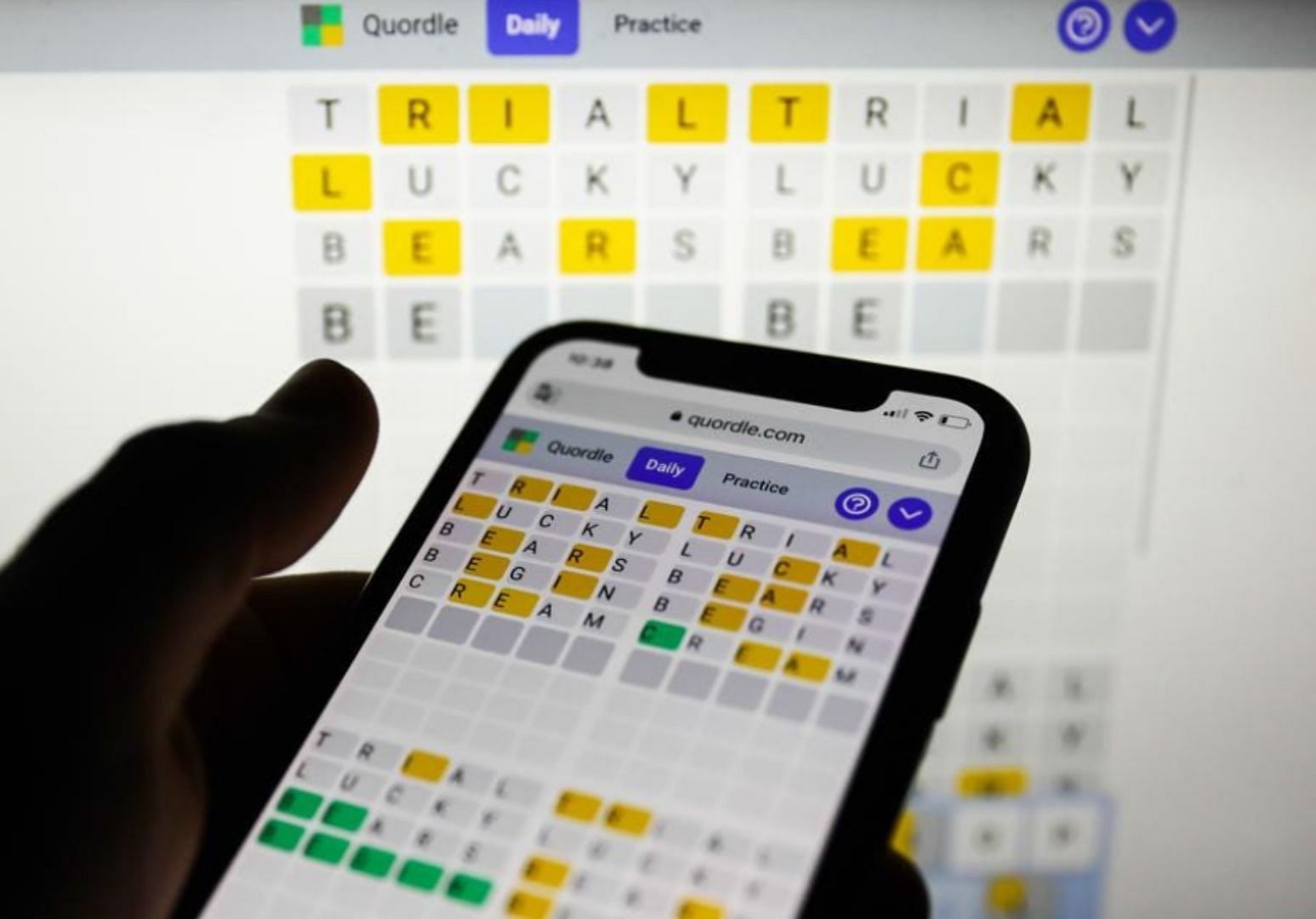 Quordle, the popular word-game, has been around for almost six months now. The game was designed by people who wanted to make Wordle more challenging. Both games require players to guess five-letter words. In Quordle, however, players are required to guess four words as against Wordle, in which players have to guess only one word. The game presents players with grids. Depending on the accuracy of the letters entered, the grid’s tile changes colors.

By eliminating the gray tiles from further attempts, players can try to guess the right word. The game also offers a “Practice” mode, which allows players to try the game multiple times. It helps players get better at the game without having to wait 24 hours for the next one. Once the players have exhausted all the attempts, the game displays all the words.

The game sometimes gives double-letter words. Such words can be adjectives and non-adjectives. Sometimes, the game will also give words in their present-continuous or past-participle forms. This can make guessing the right word difficult for players.

Hint 1: The first word in today’s game starts with an S and ends with a K. The word has appeared in previous versions of the game, and it means to slap with one’s open hands.

Hint 2: The second word in today’s game has got two Rs. The word refers to a boat or a ship used for taking passengers and goods.

Hint 3: The letter A is repeated in this word. It refers to an Australian animal.

Hint 4: The last word in today’s game starts with a C and ends with an N. It refers to something worn on the head, especially by monarchs. Quordle often gives words related to monarchy or royalty.

The first word in today’s game is “Spank.” The word has appeared in previous Quordles. Merriam Webster notes the meaning of spank as to strike, especially on the buttocks with the open hand.

The second word in today’s game is “Ferry.” Cambridge Dictionary describes Ferry as a boat or ship for taking passengers and often vehicles across an area of ​​water, especially as a regular service. The word can be a bit tricky to guess because of the presence of two Rs and a Y at the end.

The third word in today’s game is “Koala.” Collins dictionary describes a koala or a koala bear as an Australian animal which looks like a small bear with gray fur that lives in trees.

The last word in today’s quordle is “Crown.” Cambridge Dictionary descibes a crown as a circular decoration for the head, usually made of gold and jewels, and worn by a king or queen at official ceremonies.