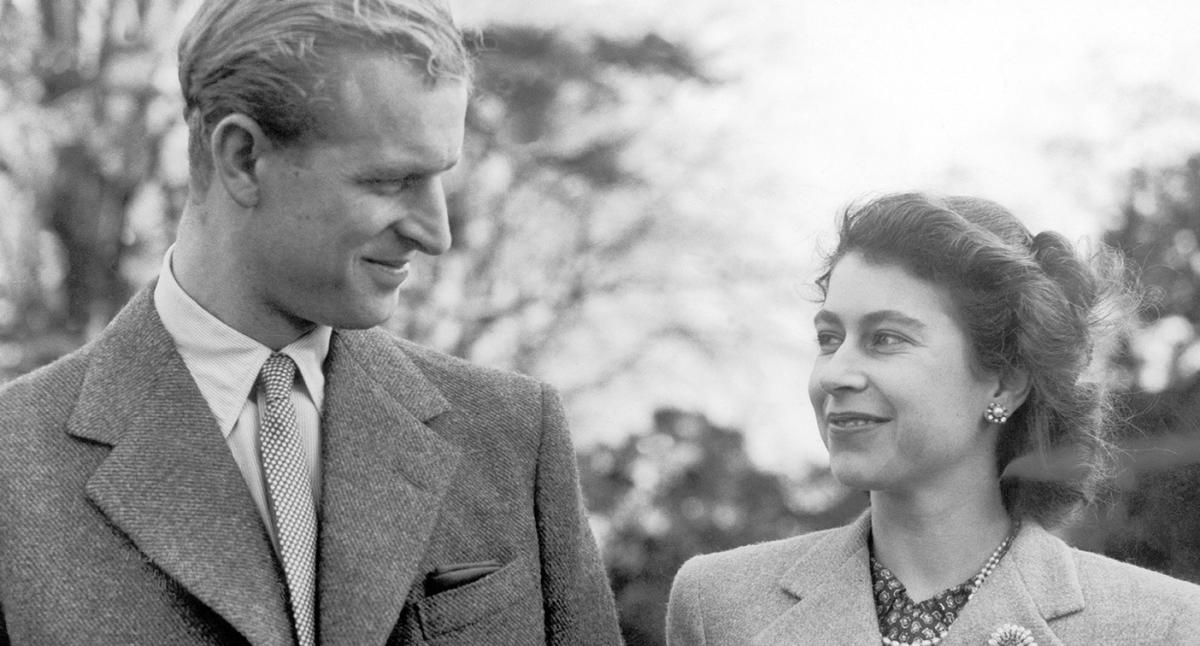 After more than 73 years together, the Queen and Prince Philip are soon to be reunited as Her Majesty is to be buried alongside her late husband in King George VI’s Memorial Chapel in Windsor Castle on Monday.

Currently, Prince Philip’s remains are housed in the Royal Vault, but will be moved to the memorial chapel to join the monarch.

The King and the Royal Family will gather for a “deeply personal” private burial service on Monday evening in St George’s Chapel, Windsor Castle, following the Queen’s state funeral and committal service, where the late monarch will be laid to rest with her husband.

The couple were married for more than seven decades, before Prince Philip died, at the age of 99, on April 9, 2021. The Queen died 17 months later at the age of 96.

Theirs was a partnership that stood the test of time and saw them celebrate not just their golden anniversary (50 years) or even their diamond anniversary (60 years), but also their platinum wedding anniversary in 2018, after 70 years of marriage.

From their very first meeting, to the couple’s last ever public appearance together, we take a look back at the landmark milestones during their historic love story.

Distant cousins, Princess Elizabeth and Prince Philip of Greece originally met at the wedding of his cousin Princess Marina of Greece and Denmark and Elizabeth’s uncle Prince George, Duke of Kent. At the time Elizabeth was eight, while Philip was 13.

Though they were also both guests at the coronation of George VI in 1937, the pair’s next publicised meeting was in July 1939, in Dartmouth, during a visit to the Royal Naval College with her family.

Philip, who was 18, was introduced to a 13-year-old Elizabeth at the house of the captain of the college and was said to have caught the future Queen’s eye by jumping over tennis nets to entertain her.

“This was the man with whom Princess Elizabeth had been in love from their first meeting,” he wrote.

After the meeting the pair began exchanging letters, maintaining contact throughout the war, when Prince Philip served overseas with the Royal Navy, including in the Far East.

Prince Philip was invited to spend Christmas with the Royal Family at Windsor, sparking rumours of a possible romance between him and the Princess.

After several years of courtship, Philip asks the King for his blessing for the pair to be married.

When his own mother learnt he was wishing to propose, she gave her son the tiara she wore on her wedding day so that it could be dismantled to produce the perfect engagement ring.

In July 1947, it was officially announced by Buckingham Palace that Prince Philip was to marry the future Queen, after King George VI reportedly requested they wait until after Elizabeth’s 21st birthday to reveal the engagement.

“It is with the greatest of pleasure that the King and Queen announce the betrothal of their dearly beloved daughter, the Princess Elizabeth, to Lieutenant Philip Mountbatten. RN, son of the late Prince Andrew of Greece and Princess Andrew (Princess Alice of Battenberg) to which union the King has gladly given his consent,” the statement said.

The couple also shared a portrait to announce the happy news, with the then Princess debuting her engagement ring for the first time in official photographs taken at Buckingham Palace.

On November 20th, 1947, aged 26 and 21 respectively, the pair tied the knot at Westminster Abbey. As the country was recovering from World War II, the King requested the wedding was modest.

According to Royal UK like many brides at the time, Princess Elizabeth collected clothing coupons for her dress.

The newlyweds went on two honeymoons following their wedding; one to Broadlands, Hampshire, home of Earl Mountbatten – Prince Philip’s uncle and another to Birkhall, Balmoral.

Less than a week before the couple’s first wedding anniversary, Charles Philip Arthur George was born on November 14 at Buckingham Palace.

Between 1949 and 1951, Elizabeth and Philip lived with their young children in Malta. Philip was a naval officer stationed there with the HMS Magpie. This was the only time the couple lived outside the United Kingdom, and was filled with happy memories for them. The Queen later said “Malta was always very special to me. I remember happy days there.” One of her close friends has also said that the couples time living in Malta gave them the opportunity to lead a life of relative normalcy.

The news of the death of King George VI was a great shock, and came whilst Elizabeth and Philip were in Kenya on a royal tour. Almost eighteen months later, her coronation took place. Whilst she had become monarch immediately upon her father’s death, the coronation was a symbolic ceremony during which the young Queen Elizabeth II solemnly took her oath and the crown was placed upon her head.

Seven years after her coronation, Philip and the Queen welcomed their third child, Prince Andrew, Duke of York.

After another four years, their family grew again, as their final child, Prince Edward, Earl of Wessex was born.

As their children grew up, the Queen and Prince Philip reached a landmark: their silver wedding anniversary. Special commemorative coins were minted for the occasion and the Queen said in a speech marking the occasion: “If I am asked what I think about family life after 25 years of marriage, I can answer with equal simplicity and conviction, I am for it.”

On 20 November 1997 the Queen and Prince Philip celebrated their Golden Wedding anniversary, attending a lunch at Banqueting House in London to mark the occasion. The Queen made a speech in which she reflected on “a remarkable fifty years”.

“All too often, I fear, Prince Philip has had to listen to me speaking. Frequently we have discussed my intended speech beforehand and, as you will imagine, his views have been expressed in a forthright manner,” the Queen said in her speech.

“He has, quite simply, been my strength and stay all these years, and I, and his whole family, and this and many other countries, owe him a debt greater than he would ever claim, or we shall ever know.”

June 2002 – The Queen praises her husband in her Jubilee speech

To mark 50 years on the throne, Her Majesty, took time to praise her husband for his support at a celebration at the Guildhall.

“I take this opportunity to mention the strength I draw from my own family,” the Queen said in her Golden Jubilee speech

“The Duke of Edinburgh has made an invaluable contribution to my life over these past fifty years, as he has to so many charities and organisations with which he has been involved.”

After many decades of service as a working royal, Prince Philip chose to retire from public life in 2017. At one of his final engagements, Sir Michael Atiyah said to him: “I’m sorry to hear you’re standing down,” to which Philip joked, “Well I can’t stand up much longer.”

While the Queen continued on with her official duties, Philip spent his time at Wood Farm, on the Sandringham Estate in Norfolk. Having referred to himself as “the world’s most experienced plaque unveiler” he finally had the opportunity to relax in his old age, away from the spotlight.

In 2017, the Queen and Duke of Edinburgh passed a major milestone and celebrated seventy years of marriage. The Queen was the first ever monarch to achieve this, and special portraits were released in honour of the significant occasion. Taken at Windsor Castle by Matt Holyoak, the images captured the essence of this decades long love story.

July 2020 – The couple are pictured at Princess Beatrice’s wedding

One of the final times the Queen and Prince Philip were pictured together was at their granddaughter’s wedding. Princess Beatrice married Edoardo Mapelli Mozzi in a private ceremony at the Royal Chapel of All Saints, Windsor. She donned a vintage Norman Hartnell dress that the Queen had loaned her. Prince Philip and the Queen were photographed outside the chapel, looking proudly over at Beatrice and her new husband.

Three years later, the Queen and Philip marked their 73rd wedding anniversary with the release of another official photograph. This time the couple were pictured opening a card that was handmade for them by the then Duke and Duchess of Cambridge’s children: George, Charlotte and Louis. Decorated with ’73’ the couple beamed as they read the message inside.

During the Coronavirus lockdowns, Philip moved from Sandringham to Windsor Castle, so that he was self isolating with his wife. Reportedly, the couple enjoyed great closeness during this period and took daily walks together.

The Palace said in a statement: “It is with deep sorrow that Her Majesty The Queen announces the death of her beloved husband, His Royal Highness The Prince Philip, Duke of Edinburgh.

“His Royal Highness passed away peacefully this morning at Windsor Castle.

“Further announcements will made in due course.

“The Royal Family join with people around the world in mourning his loss.”

In her annual Christmas speech, the Queen movingly paid tribute to her late husband. She said: “life of course consists of final partings as well as first meetings and as much as I and my family miss him I know he would want us to enjoy Christmas.” She added that, “in the months since the death of my beloved Philip, I have drawn great comfort from the warmth and affection of the many tributes to his life and work from around the country, the Commonwealth and the world.”

On Thursday, 8th September, Buckingham Palace announced that “The Queen died peacefully at Balmoral this afternoon.” This came after earlier news that her doctors were “concerned for Her Majesty’s health and have recommended she remain under medical supervision. The Queen remains comfortable.” After the state funeral takes place at Westminster Abbey, a private internment will take place at Windsor and the Queen will be finally reunited with her much-loved husband, Philip.