“The Queen of Versailles” star Jackie Siegel knows firsthand the huge toll Hurricane Ian is taking — parts of her Florida mega-mansion are shredded, and will cost a boatload of money to fix.

Jackie tells TMZ … the hurricane destroyed her 90,000-square-foot Versailles mansion, which has infamously been under construction in the Orlando area since 2004. She’s expecting even more setbacks now, as Jackie says the storm did north of $10 million worth of damage. 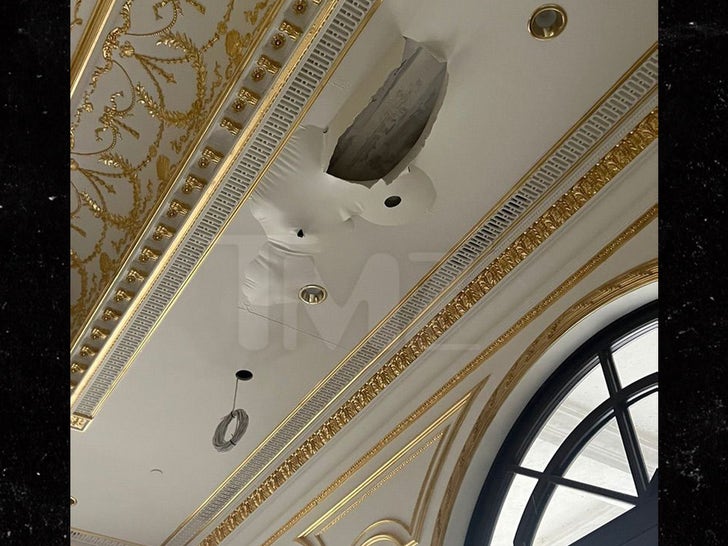 She says she hoped the massive estate would be done by May 2023, but now that date is a pipe dream … and she’s got an impossible job on her hands.

Jackie tells us the hurricane did quite a number on the home — most of the construction progress has been stalled, several floors in the home are flooded, portions of the ceilings caved in and there’s widespread roof damage.

If you’re wondering about that $10,000 damage estimate, get this … workers recently finished laying 24-carat gold molding in the living room, and now pieces of it are falling to the floor. 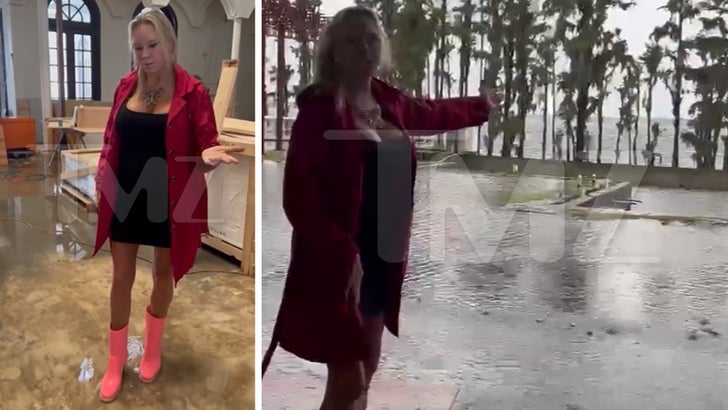 Like most homes in Florida, Jackie says her back patio looks like a lake because it’s completely flooded. On Thursday afternoon, she started the process of pumping out all the water inside the palace… and she believes that alone will cost $100K! 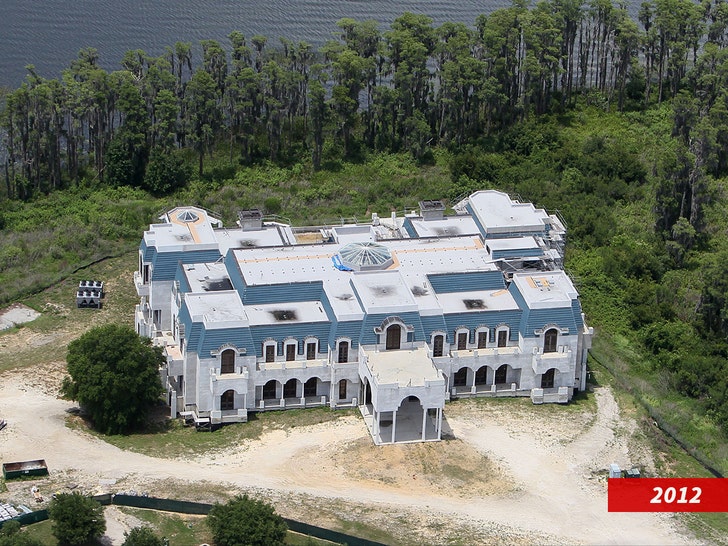 Thankfully, Jackie says their family is living at another home about a mile away. Either way, she says she isn’t giving up on the project, given all the years of blood, sweat and tears that have already gone into the home.

She’s faced many setbacks … the market crashed in ’08, her daughter Victoria died of a drug overdose in 2015, COVID hit and now Ian.

Jackie and her hubby David gained fame after the 2012 documentary “The Queen of Versailles” … which centers around building this pad, once deemed the largest single-family home in America.

She says given all she’s been through, the mansion is going to be a masterpiece! When and if it gets done, that is.