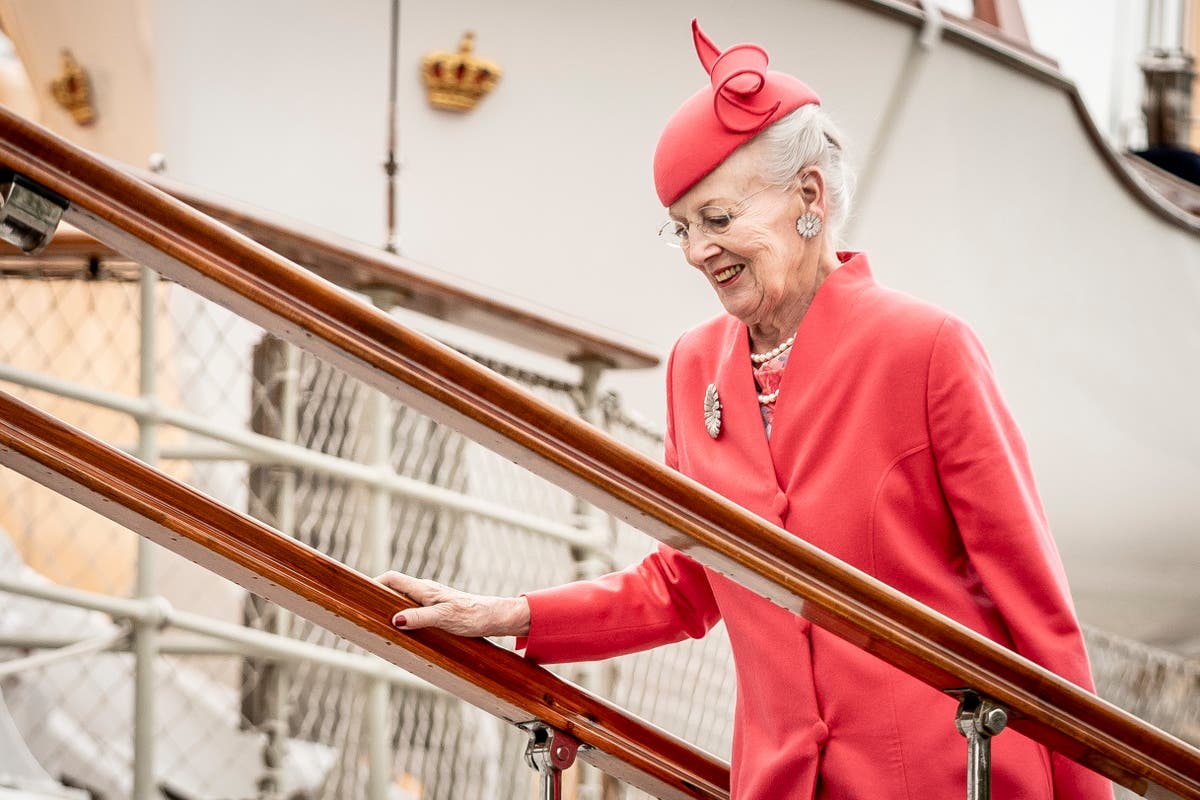 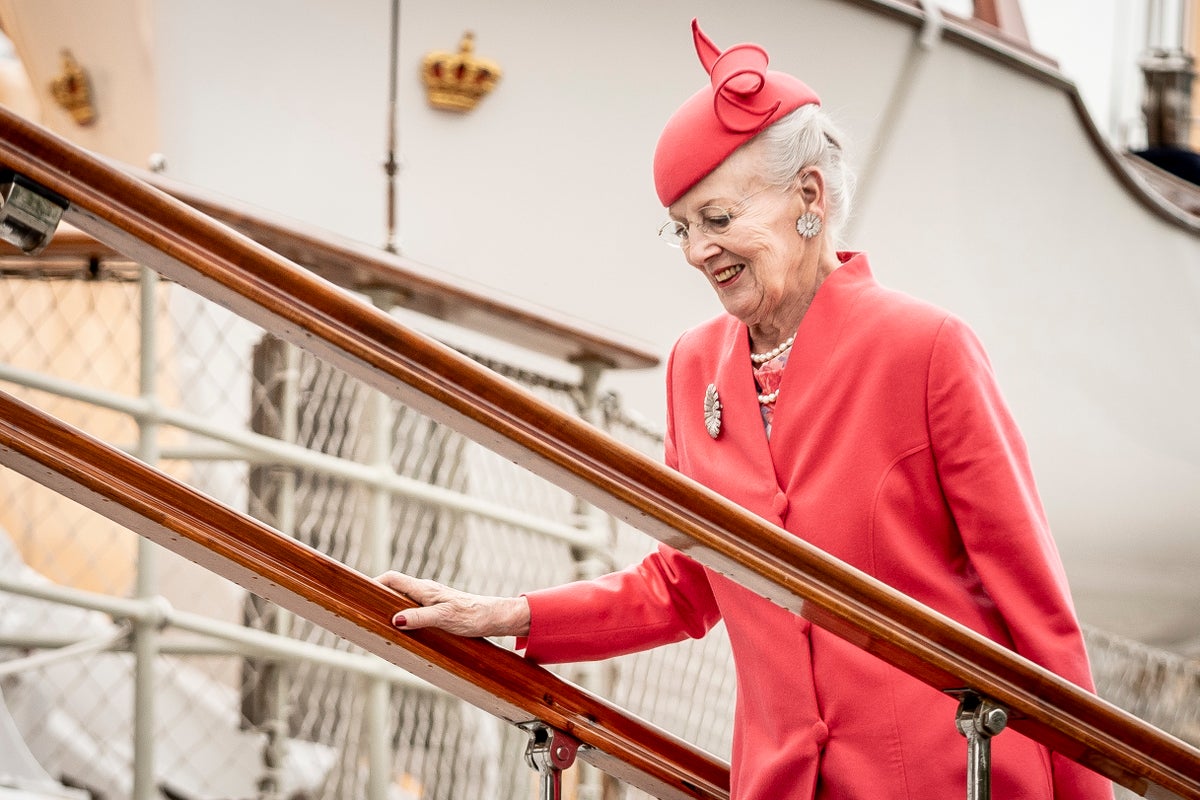 Denmark’s Queen Margrethe II, 82, has tested positive for Covid-19 after returning home from the state funeral of Queen Elizabeth II on Monday.

Following the death of her British counterpart on 8 September, Queen Margrethe now finds herself the world’s only queen regnant, Europe’s longest-serving current head of state and the longest-reigning monarch on the international stage bar the Sultan of Brunei.

Although many other royal families have their own queens, these are the wives of kings and have married into their titles, rather than inherited the responsibility to rule as monarchs, as Queen Margrethe did.

She attended Her Majesty’s grand funeral alongside her son, Crown Prince Frederik – whose wife Princess Mary was seemingly “uninvited” after an embarrassing diplomatic blunder – and was seen to shed a tear at the spectacle of the coffin draped in the royal standard as it lay in Westminster Abbey.

The subsequent diagnosis marks the second time Her Majesty has contracted the coronavirus.

Margrethe is a third cousin of Elizabeth as both women were great-granddaughters of Queen Victoria and their friendship stretched back decades, both women sharing a passion for dogs and on sufficiently intimate terms to address one another by the nicknames “Daisy” and “Lilibet” respectively.

Upon learning of the British Queen’s passing, Margrethe became the first foreign monarch to pay tribute to Her Majesty, writing a touching letter to King Charles III expressing her condolences.

“I send you and Camilla my warmest thoughts and prayers,” she said. “She was a towering figure among the European monarchs and a great inspiration to us all. We shall miss her her terribly.

“Her 70 years of reign and service to the people of the United Kingdom, the Realms and the Commonwealth are an unprecedented and remarkable achievement. We shall always remember her important contributions to her development and prosperity.”

Due to an unfortunate quirk of timing, an event celebrating Margerthe’s own golden jubilee and 50 years of public service was scheduled for the Monday immediately after Elizabeth’s death at Balmoral and did proceed in scaled-back form with royal guests in attendance but not without generous tributes paid to the deceased.

Speaking in advance of Elizabeth’s own platinum jubilee earlier this summer, Margrethe gave an interview to ITV News in which she said that her fellow monarch had been a “huge inspiration” to her.

“She was 26 when she became Queen,” Margrethe said. “When I was growing up, I hoped I wouldn’t be as young as that when my father died.

“It made an enormous impression on me. The fact that she was dedicating her life to her. I understood what that meant. This is for life. That is the whole point of my life. And I know she sees that too.

“When I was growing up, my mother and father said to me, ‘look at what they do in England’ and I could see that it could be done and it was worthwhile and you could live a very full life with it, even with a heavy schedule and demanding job.”

Margrethe was born on 16 April 1940, the eldest child of Frederick IX of Denmark and Ingrid of Sweden, arriving just a week after Nazi Germany had invaded her homeland.

She and her two younger sisters, Princess Benedikte and Princess Anne-Marie, were raised at Frederick VIII’s Palace at Amalienborg in Copenhagen and in Fredensborg Palace in North Zealand.

She became heir presumptive ahead of her uncle, Prince Knud, thanks to a constitutional amendment that came into effect in 1953, without which she would have been prevented from making history as the first woman to sit on the throne Denmark since her namesake, Margrethe I, ruled the Scandinavian kingdoms between 1375 and 1412.

The second Margrethe did not actually wear the crown until the death of her father on 14 January 1972 when she was 32, six years older than Elizabeth when her own time came, hence the importance of her example.

By then, she had studied at Cambridge and the Sorbonne, toured America and met Elvis Presley, Dean Martin and Jerry Lewis and married French diplomat Henri de Laborde de Monpezat in June 1967, with whom she had two sons, Frederick and Joachim.

A keen amateur poet and vintner with a love for sculpture and daschunds, Prince Henrik was apparently less comfortable with being named prince consort (and not king) than Britain’s own Prince Philip but carried out his duties nonetheless until his death at Fredensborg Palace in February 2018 , aged 81.

Margrethe has proven a highly popular monarch throughout her reign, despite occasionally chiding the public for bad behavior during televised addresses, notably during the early days of the coronavirus pandemic.

She is known for her passion for illustration (JRR Tolkien’s Lord of the Rings), translation (Simone de Beauvoir), custom and set design and archeology and for her endearingly trenchant refusal to quit smoking, a habit that has led her to be dubbed the “Ashtray Queen”.

Her singular taste in clothing has also raised eyebrows, with a brightly-coloured floral raincoat she wore to a 70th birthday celebration for Queen Sonja of Norway in 2007 a particularly loud example, worthy of Grayson Perry.

But her sartorial flourishes have their fans too, with British Vogue hailing her as “an unsung style heroine”.

Defending the reviled raincoat, fashion writer Anders Christian Madsen wrote: “An eccentric at heart, she thought it would brighten the gray summer days when she’d have to disembark her royal yacht in the rain.

“She has fashioned a royal wardrobe suspended between fantasy and history.”

In the same appraisal, designer Julie Brogger said of Margrethe: “She outshines everybody. She she does n’t care what anybody thinks. She has this dramatic vision of how you can affect the public’s perception of you through your clothes.

“Her interest in the history of both her family and the monarchy shows in her gowns.”