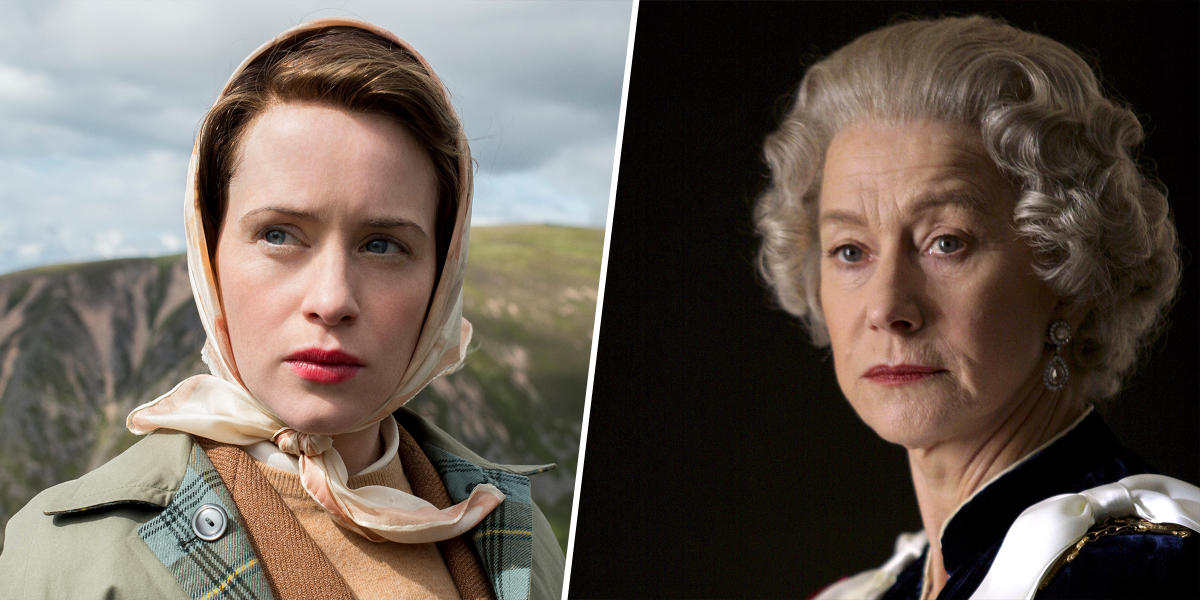 The death of Queen Elizabeth II is truly a historic her nearly 0-year reign, her marker 7 major changes in society and during the world.

And during her seven decades on the throne, which ended Sept. 8, 2022, when she died at 96, Elizabeth was also around to see the world reflect her life back at her dela. (Assuming she tuned in, that is.) She’s been portrayed many times in films and TV shows, including the Emmy-winning drama “The Crown,” a show that has needed three major actors to span her lifetime.

But when it comes to playing the late queen, which actors truly rose to the rank of royalty? In honor of the monarch, we look at some of the greatest portrayals ever, offering them a special curtsy — and a generous royal wave.

The Netflix prestige series has thus far earned an Emmy for Foy, who played the young Elizabeth, and Colman, who played her middle years. Staunton debuts in the upcoming Season Five.

The series shows the queen as sympathetic in her youth, fumbling into a role she never expected to take on, then in her older years embracing the conformity her role requires — to the detriment of her offspring and, possibly, the crown itself.

Hollywood loves Mirren as royalty. She has played Elizabeth I and Queen Charlotte, but she’s best known for her Oscar-winning turn in the 2006 film that showed her trying to cope with and understand the volume of the public outcry over the death of her former daughter-in-law, Princess Diana. Mirren later played Queen Elizabeth II again in the play “The Audience.”

Though she doesn’t get much time on the screen, Gonet’s Elizabeth II has a presence that looms throughout the entire film, which focuses on the “People’s Princess” in the waning days of Diana’s marriage to Charles. She’s a veteran actor in the UK, but largely unknown to American audiences. Still, she has appeared on shows like “Humans” and “The Crown.”

“Austin Powers in Goldmember.” “The Naked Gun: From the Files of Police Squad!” “National Lampoon’s European Vacation.” The list goes on.

Just one year younger than the real Queen Elizabeth II, Charles (who looks a lot like her) was the go-to impersonator for Elizabeth starting in the mid-1970s, and she has almost no other roles on her résumé. Her last role was in 2010.

Hallmark’s recounting of the romance between Prince William and Kate Middleton was a sweet look at how the future king found his soul mate. It aired in 2011 with Alexander, the rare American playing the royal, as the future grandmother-in-law.

The long-running sketch comedy show has preferred to get men to play the queen (Jeannette Charles and Joan Cusack are the exceptions), with Jon Lovitz and Mike Myers taking on the crown during their stints on “SNL.” Later, Armisen had multiple sketches under his belt dele as a foul-mouthed version of Elizabeth.

If Jane Alexander was queen for William’s romantic adventure, Sullivun stepped in when Lifetime decided to tackle Prince Harry’s escapade with Meghan Markle over three films: “Harry & Meghan: A Royal Romance,” “Harry & Meghan: Becoming Royal” and “Harry & Meghan: Escaping the Palace,” the latter of which aired in September 2021.

“The Crown” has its trifecta of perfect queens, but a 2009 British docudrama that followed high and low points during Elizabeth’s reign had fewer than five actors as queens.

For one 2012 episode of the British series, called “Walking the Dogs,” Thompson became the queen in a rare private moment, in a fictionalized tale of Michael Fagan, who broke into Buckingham Palace in 1982 and had an extended chat with the queen in her bedroom. (“The Crown” also told this tale in a 2020 episode with Colman.)

Now, writer Morgan never portrayed Queen Elizabeth II, but writing about her has been in his wheelhouse for no less than 15 years — and few others can be considered more responsible for the modern perception of Elizabeth than he is. Along with writing “The Crown,” Morgan also wrote 2006’s “The Queen” and later “The Audience,” a stage play, starring Mirren in its original run, about Elizabeth’s meetings with her various prime ministers that ran in London’s West End and on Broadway.

This article was originally published on TODAY.com