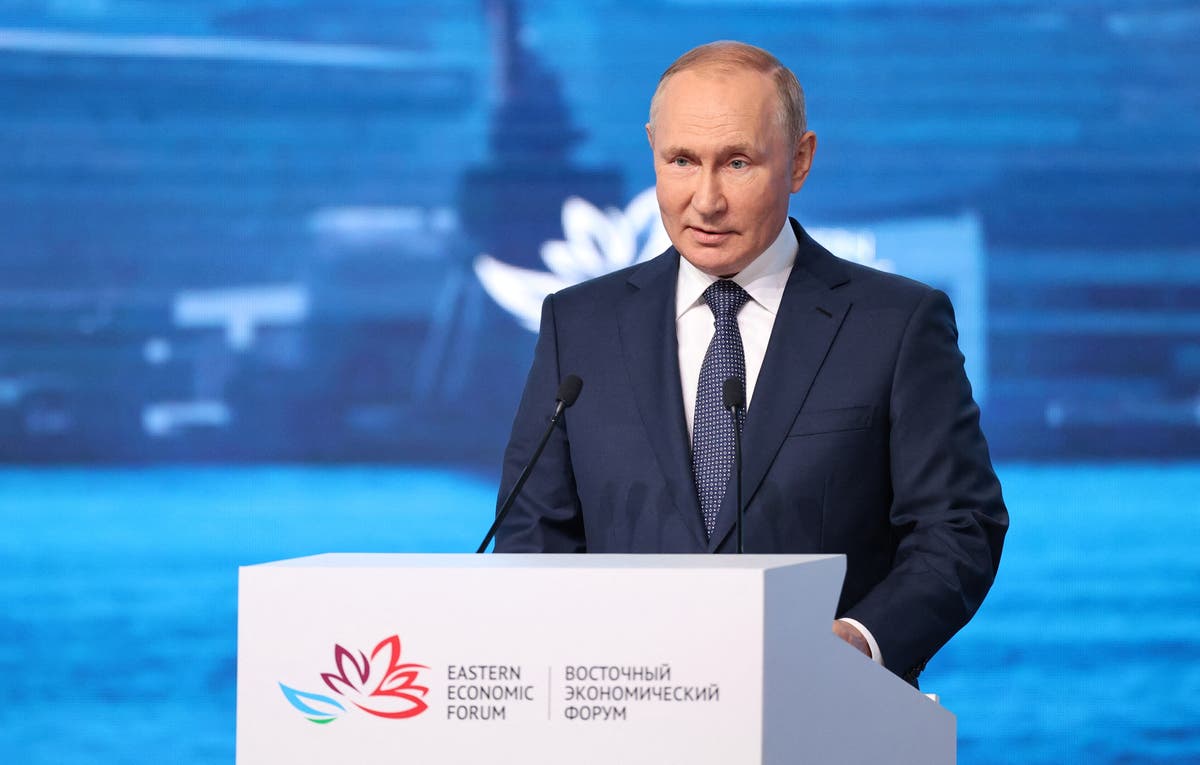 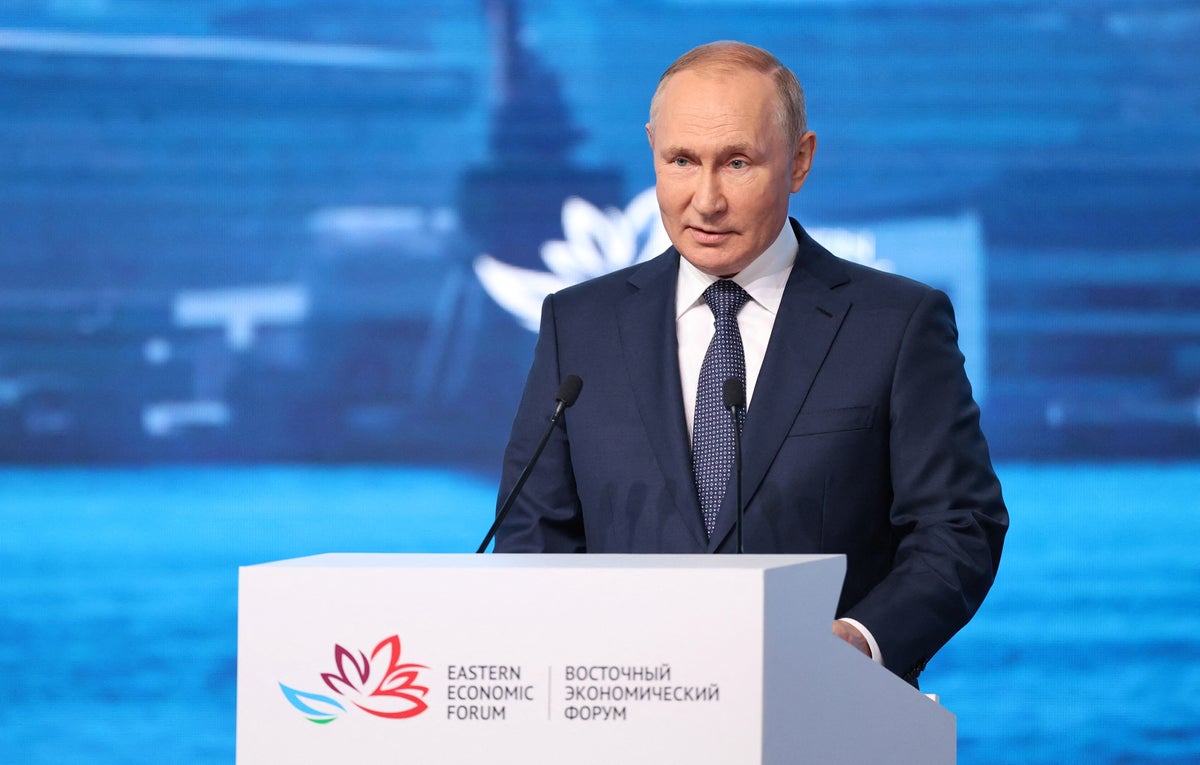 It will be “impossible” for the West to isolate Russia because it will turn to new opportunities in the Middle East and Iran, Vladimir Putin has said.

In an appearance at an economic forum in Vladivostok on Wednesday, the Russian president struck a defiant tone, saying Russia had not lost anything from his war in Ukraine.

The 69-year-old also hit out at Western sanctions, describing them as a futile attempt to hold Russia in check.

Casting the US and its allies as aggressors, he said: “I am speaking of the West’s sanctions fever, with its brazen, aggressive attempt to impose models of behavior on other countries, to deprive them of their sovereignty and subordinate them to their will. ”

The Russian president added that the world’s future lies with Asia.

“Irreversible and even tectonic changes have taken place throughout international relations,” he said. “The role of dynamic, promising countries and regions of the world, primarily the Asia-Pacific region, has increased significantly.”

Although western sanctions have had some effect on the Russian economy, new research shows that enormous energy sales continue to prop up the Kremlin’s finances.

The Center for Research on Energy and Clean Air (Crea) said earlier this week that Russia had earned £141 billion from oil, gas and coal since the start of the war on 24 February.

The Finnish think tank estimated that Moscow has spent £86 billion on its invasion, significantly less than it has accrued in energy purchases.

The research came as Russian economy minister Maxim Reshetnikov suggested his country’s GDP would not drop this year by as much as previously forecast.

The Kremlin believes Russian GDP will contract by 2.9 per cent in 2022, lower than the 4.2 per cent decline it predicted in August.

However, Mr Putin admitted in his speech on Wednesday that Western sanctions had caused some difficulties in industries and regions.

Analysts have noted that Russia’s decision to buy weapons and military hardware from countries like Iran and North Korea shows desperation.

The Biden administration announced earlier this week that Moscow was in the process of buying thousands of rockets from Pyongyang, with commentators saying it is a sign that Russia is struggling with military supplies.

“The Kremlin should be alarmed that it has to buy anything at all from North Korea,” said Mason Clark, a researcher at the Institute for the Study of War.