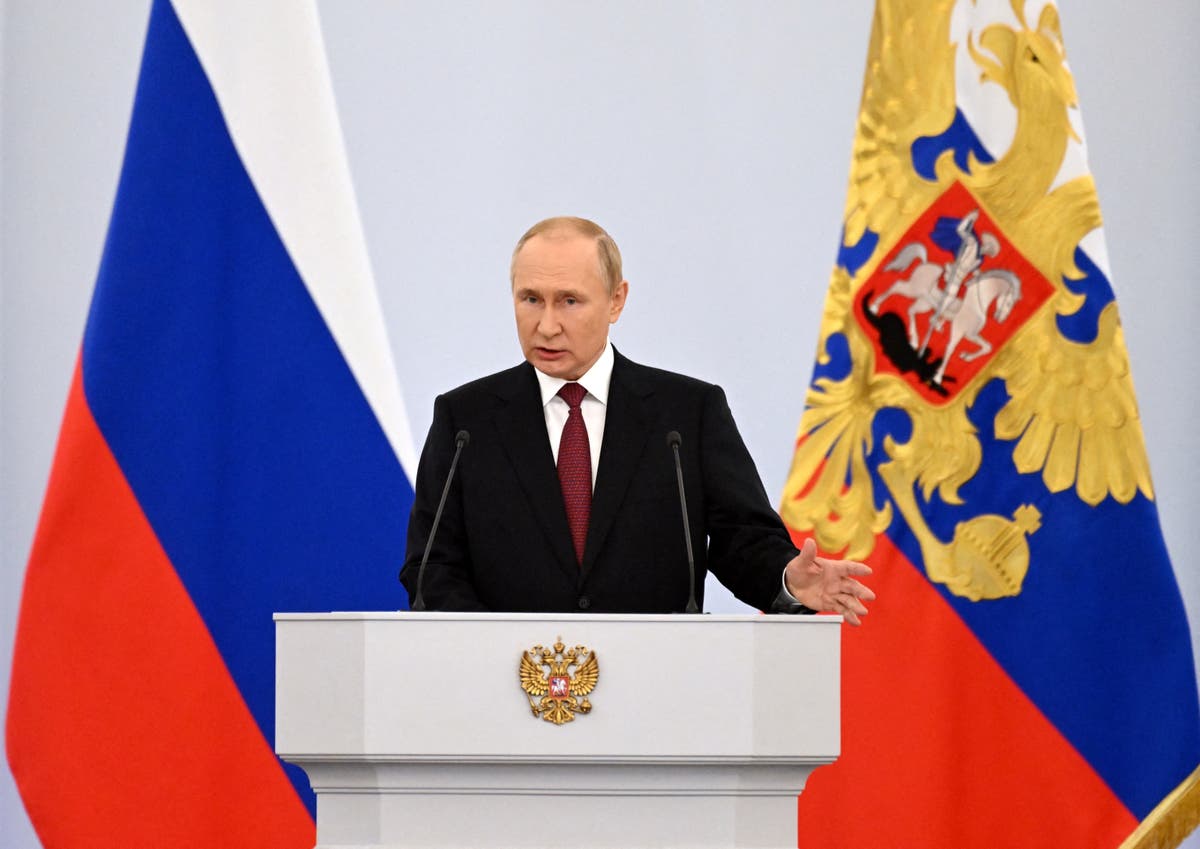 Russian leader Vladmir Putin has declared there are “four new regions of Russia” as he presided over a ceremony in the Kremlin to announce Moscow was claiming the Ukrainian regions of Zaporizhzhia, Donetsk, Luhansk and Kherson.

“This is the will of millions of people,” he said in a speech before hundreds of dignitaries in the St George’s Hall of the Kremlin.

He added that the citizens of the regions would remain Russians “forever”.

The ceremony took place three days after the completion of hastily-staged referendums in which Moscow’s proxies in the occupied regions claimed majorities of up to 99 per cent in favor of joining Russia.

Ukraine and Western governments have described those votes as bogus and illegitimate. They have constantly said they will not recognize the votes or the annexations.

In a rambling speech, Putin called on Ukraine to lay down its arms and end a war “they began in 2014”. He added that Kyiv must “come back to the negotiation table”.

The president also used his speech to attack the West for its actions today and in the past, highlighting America’s dropping of the nuclear bombs in Japan and Britian’s imperial past in countries such as India.

“The West is looking for new opportunities to hit us and they always dream about breaking our state into smaller states who will be fighting against each other,” he said, adding the West wanted Russia to be its “colony”:

He added: “The Western elites have always been like this. They have been colonisers and they remain colonisers, they discriminate and they distinguish between the first class of nations and second class nations.”