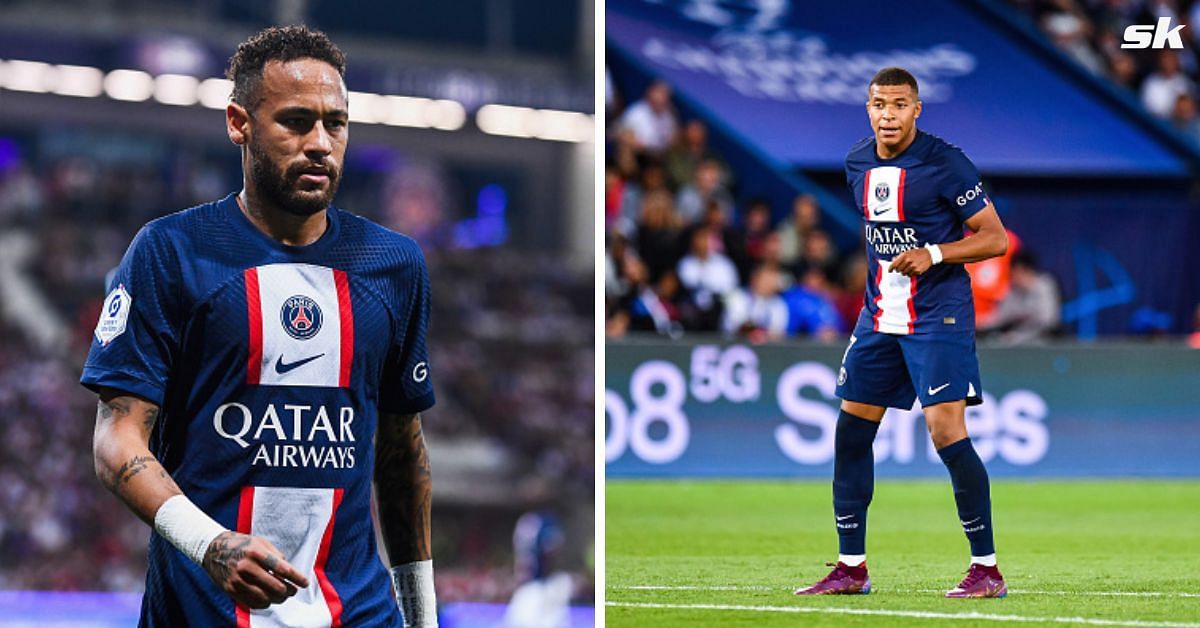 During Paris Saint-Germain’s (PSG) 2-1 win against Juventus on Tuesday, their leading forward Neymar seemed visibly upset with Kylian Mbappe on a particular occasion.

PSG got off to a winning start in their UEFA Champions League campaign of 2022-23. Mbappe scored two first-half goals to give the Parisians an early advantage on their home fixture.

However, in the 51st minute of the game, the 23-year-old was fed through on goal after some great work by Lionel Messi. Mbappe had Neymar in support and could have played a square pass to the Brazilian who would have had an empty goal in sight.

However, the French superstar decided to go for glory and tried to smash it in the near post to complete his hat-trick. Unfortunately for him, his effort was well off target.

PSG’s No. 10 was agitated with his teammate’s decision-making. The duo brilliantly combined for the first two goals of their team.

Wenston McKenie managed to find the back-of-the-net in the 53rd minute to put one back for the Bianconeri. However, that wasn’t enough for the Old Lady as their opponents remained defensively disciplined for the rest of the game.

PSG star Kylian Mbappe opened up on his relationship with Neymar

The relationship between PSG’s superstar attackers, Kylian Mbappe and Neymar, was brought under scrutiny at the start of the season. However, ahead of his team’s game against Juventus, the French forward clarified that during their time at the club together, they had gone through many hot and cold moments.

While speaking to reporters, here’s what the World Cup winner had to say about his teammate:

“To talk about Neymar, this is the sixth year, I think we’ve always had a relationship like this based on respect. But we’ve always had moments like this where sometimes we’ve had moments that were a bit cooler and moments that were a bit hotter. But there is a lot of respect, I have a lot of respect for the player he is, the player he represents and the importance he has in our team.”

The Frenchman further added that when there are two strong characters like them in a team, these types of things are bound to happen. But that doesn’t stop their mutual repsect.

“Afterwards, when you have two players with a strong character like that, life is not linear, it’s sure that sometimes things happen but it always remains in the respect and in the interest of PSG.”