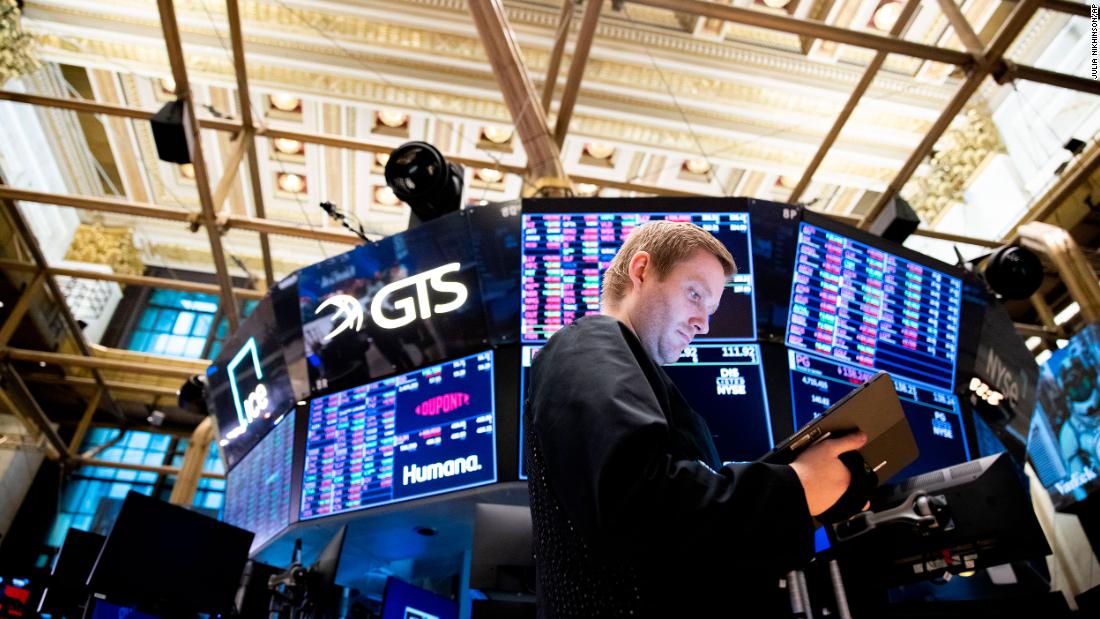 But it’s not the only potential catalyst for another market sell-off, as uncertainty continues to dominate.

What’s happening: Active investors have had a tough year — over half of US large-cap equity fund managers underperformed the S&P 500 in the first half of 2022, according to S&P Dow Jones Indices. Unfortunately, there are plenty more bumps in the road for investors in the coming weeks.

See here: FedEx’s stock is almost 20% lower in premarket trading on Friday after the company withdrew the financial guidance it issued just a few months ago and said it would move to slash costs as demand for packages fell across the globe. The company is seen as a bellwether for the economy since it has insight into shipments across a wide range of industries.

1. The US Federal Reserve meets next week. Persistent inflation, fears of recession and slowing economic growth have rattled markets across the globe. Now the major central banks institute aggressive rounds of monetary policy tightening to battle inflation, investors fear that they may go too far.

On Wednesday, the US Federal Reserve will announce its decision on its next round of rate hikes. Fed Chair Jerome Powell, in the face of a very tight labor market and high inflation, has a hawkish message to investors — indicating interest that the central bank will likely increase rates by another 75 basis points for the third time in a row.

If the Fed remains aggressive at the expense of economic growth we can expect months of cooling employment figures, especially wage data, and widening credit spreads that make it more expensive for companies to borrow.

That means higher bond yields, lower stock prices and less of a chance at a soft landing.

2. Earnings season is coming. Another risk for Wall Street is softer corporate earnings in October.

About half of all S&P 500 (INX)mentioned “recession” during second quarter earnings calls, the highest number since 2010. Wall Street estimates for the next quarter are reflecting that gloom.
Third quarter earnings-per-share estimates have had more than 5.5% since the end of June, according to FactSet data. That’s the largest drop for a quarter since the second quarter of 2020 (when Covid-19 sent the United States into recession).

3. War in Ukraine. Markets have been heartened by Ukraine’s advances, but the outcome of the war is far from certain. That should have investors on guard. Even if the conflict continues to swing in Ukraine’s favor, Europe is unlikely to dodge an energy crisis-induced recession this winter brought on by the invasion.

Global commodity flows, including critical supplies of fossil fuels, food, and fertilizer continue to be hampered regardless of which side is winning the fight. A new report by S&P Global Ratings estimates that war-related global energy and food shocks will last through at least 2024. Those shocks will continue to weigh on GDP and fiscal performance.

US mortgage rates jump to highest level in 14 years

Mortgage rates in the US jumped past 6% this week, reaching their highest level since the fall of 2008.

Rates had fallen in July and early August as recession fears took hold. But comments from Federal Reserve Chairman Jerome Powell and recent economic data have pulled investors’ attention back to the central bank’s fight against inflation, pushing rates higher.

There is a silver lining for those looking to buy. Mortgage rates rise and home prices remain high, home sales are slowing. Prices could also soon drop.

With borrowing costs expected to continue rising in the next few months, it is becoming increasingly clear that home prices need to decline to bring balance back to housing markets.

“Many sellers are recognizing the shift in market conditions and are responding by cutting their asking prices,” said Joel Kan, associate vice president at the Mortgage Bankers Association. “These changes are coinciding with the time of the year when buyers have historically found the best market conditions to find a bargain.”

Chinese leader Xi Jinping and his Russian counterpart, Vladimir Putin, met face-to-face on Thursday for the first time since Moscow sent troops into Ukraine earlier this year. Investors watched the meeting closely looking for clues into the status of their economic relationship.

At the start of the meeting, Putin acknowledged that Xi had “questions and concerns” about the invasion. Their economic partnership, however, didn’t seem to be at risk, reports my CNN colleague Nectar Gan.
Beijing has boosted bilateral trade to record levels in a boon to Russian business amid Western sanctions. China’s spending on Russian goods soared 60% in August from a year ago. Its shipments to Russia jumped 26% to $8 billion in August, reports my colleague Laura He.

Putin emphasized the two nations’ deepening economic ties at their meeting, noting bilateral trade exceeded $140 billion last year. “I am convinced that by the end of the year we will reach new record levels, and in the near future,” he said.

Beijing has carefully avoided violating Western sanctions or providing direct military support to Moscow, but Chinese companies are taking advantage of the exodus of Western brands from Russia.

Chinese smartphones accounted for two-thirds of all new sales in Russia between April and June, Reuters reported. Passenger cars from Chinese manufacturers accounted for almost 26% of Russia’s market in August, the highest on record, according to Russian analytical agency Autostat.

A first look at the University of Michigan consumer sentiment survey for September is released at 10 am ET.

Coming next week: It’s a blockbuster week for central banks with the Federal Reserve and the Bank of England due to reveal their latest policy decisions.