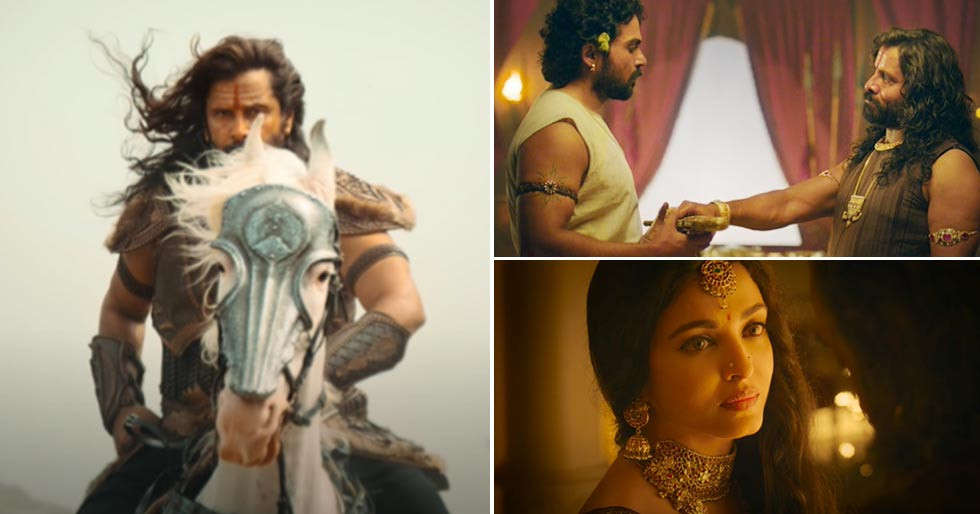 After dropping several character posters and a teaser, the makers of Ponniyin Selvan: I (PS1) – Mani Ratnam’s next magnum opus, released the full-length trailer. Starring Karthi, Vikram, Aishwarya Rai Bachchan, Jayam Ravi, Trisha, Sobhita Dhulipala and others, the film is a historical drama full of spectacles.

The trailer offers a closer look at the sprawling landscapes, battle scenes and big set pieces. We also see more of Vikram’s Aditya and Jayam Ravi’s Arunmozhi Varman along with more shots of Aishwarya Rai Bachchan’s Nandini and Trisha’s Kundavai.

The film which revolves around the Chola empire is set to hit screens on September 30 this year. Check out some stunning shots from the trailer of Ponniyin Selvan: I below –