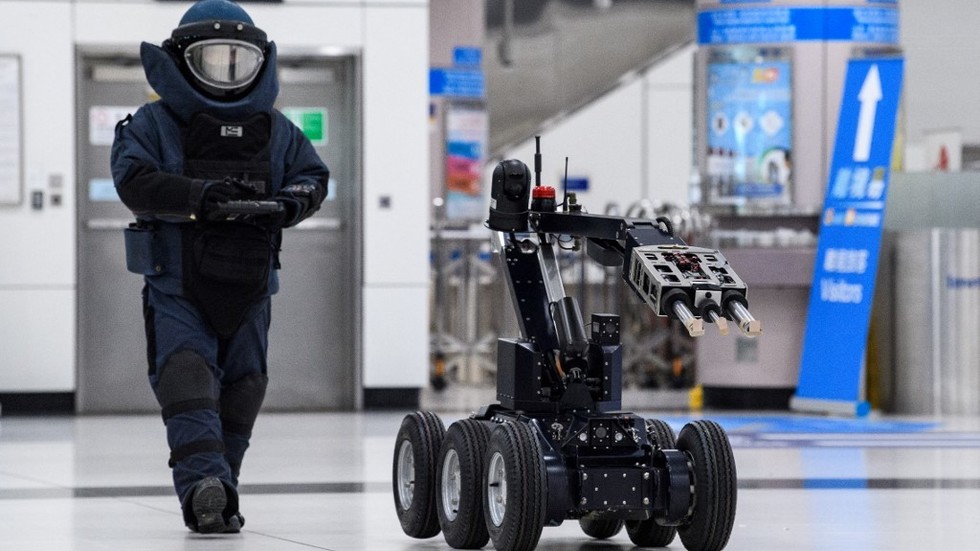 The San Francisco Police Department is seeking permission to deploy lethal robots against human suspects, according to a policy proposal sent to city officials. While the SFPD’s robots are primarily designed for bomb disposal and surveillance, police say they can be used as a last-resort “deadly force option.”

In a document setting out how the SFPD plans to use all of its military-style equipment, the department wrote that “robots will only be used as a deadly force option when risk of loss of life to members of the public or officers is imminent and outweighs any other force option available to SFPD.”

City supervisors disagreed with the proposal, inserting a line stating that “robots shall not be used as a use of force against any person.” However, when the documents went back to the SFPD for review, the cops struck out the line and returned the text to its original version.


The documents were published on Tuesday by Mission Local, a San Francisco-based news site. Aaron Peskin, who chairs the San Francisco Board of Supervisors’ Rules Committee, told the site that while he inserted the line banning lethal force, he eventually approved the police department’s changes, as “there could be scenarios where deployment of lethal force was the only option.”

The entire board will vote on the policy next Tuesday. Last month, police in neighboring Oakland removed language from a similar document that would have given them permission to use robots to kill suspects. Police departments across the entire state of California are submitting similar policy documents to their cities, as a state law passed last year requires them to report their stocks of military arms, and set out the situations in which they can be used.

According to the documents, the SFPD has 17 robots which can be used to enter buildings, handle hazardous materials, detonate explosive devices, or survey inaccessible areas. None of these devices is designed to kill, but the Dallas Police Department strapped plastic explosives to a bomb-disposal bot in 2016 to kill a sniper who had murdered five officers. The SFPD currently has the same robot – the Remotec F5A – in its arsenal.