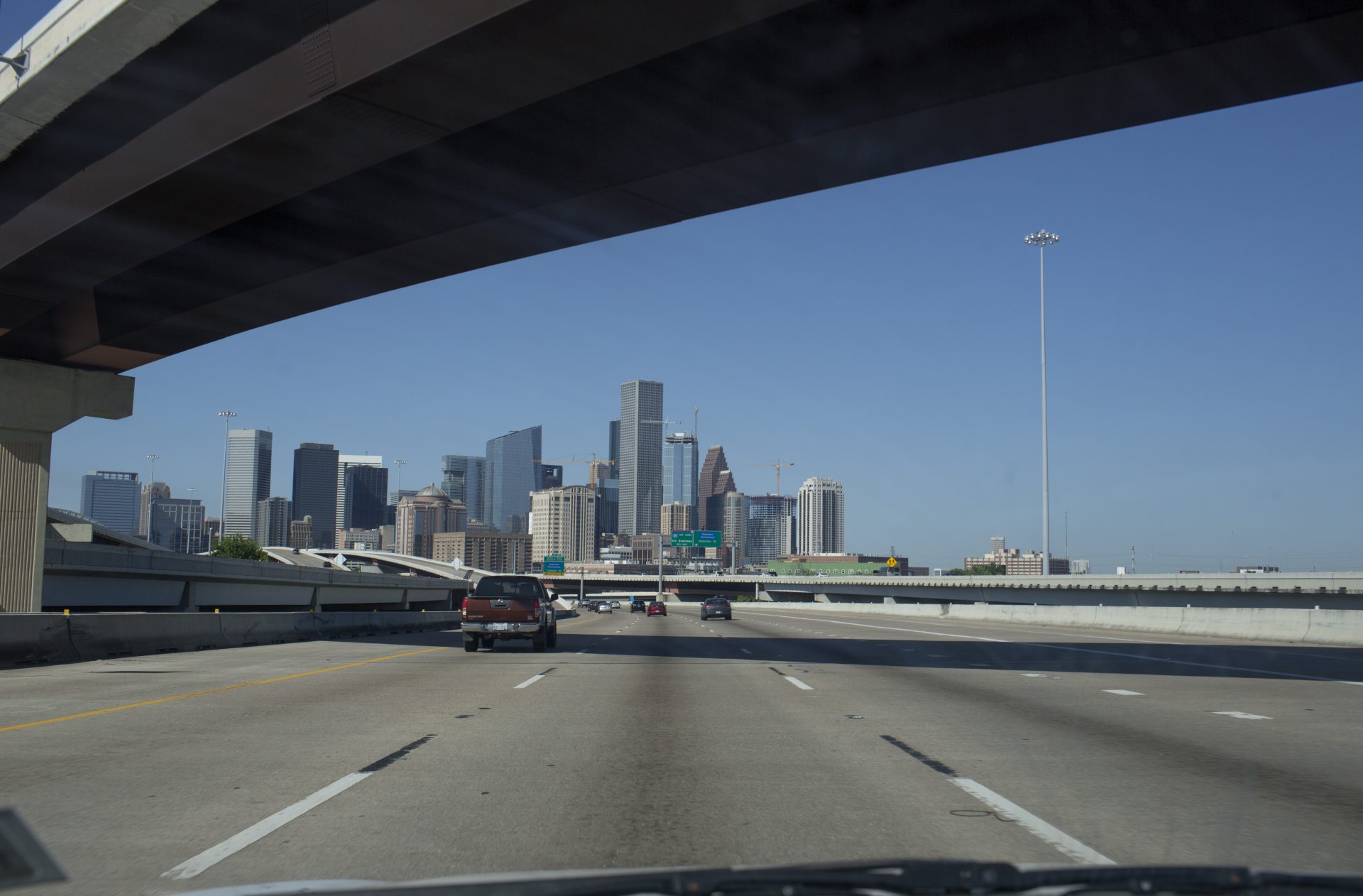 Texas police arrested a man and woman on Tuesday after a road rage incident that involved physical assault and gunfire. Officers booked Benjamin Greene and Nazly Ortiz into Harris County Jail as they await the outcome on assault charges.

According to ABC13, the shooting went down on Tuesday on the North Freeway afternoon near 1960. A man was driving northbound with his two-year-old in a silver car when a truck followed them as they exited, by Sheriff Ed Gonzalez.

A nearby driver began recording the incident. The video, which was heavily shared across social platforms, shows Nazly holding a handgun. As the victim peeled off and Benjamin tried holding on to the side of the car, Nazly raised the gun. She then fired one shot into the right, backseat window of the victim’s car.

But the shot did little to slow the victim. As he turned the corner, Nazly ran to the other side of the truck. The video shows Benjamin attempting to get her attention, even signaling her to get inside the truck. Instead, Nazly raised the gun again and fired another shot. Still gripping the gun, she let her arm from her drop to her side from her. At this point, Benjamin attempts to grab her at her waist. They both rush to grab items from the road, before running towards their truck to climb inside.

Nazly’s second shot struck a dealership on the corner where the victim turned. However, no one inside was hurt. Thankfully, the outcome was the same for both the man assaulted and the two-year-old in the car. The man did receive treatment for a graze bullet wound, but he’s “in good condition” per ABC13’s reporting.

This afternoon, two parties were involved in a road-rage incident while driving north on 45 near 1960. Victim was driving his car with his 2-yr-old son in tow. Victim exited 45 at Parramatta as suspect truck followed. Both vehicles came to a stop. Male driver/suspect in the 1/3 pic.twitter.com/ukmMHcN5vq