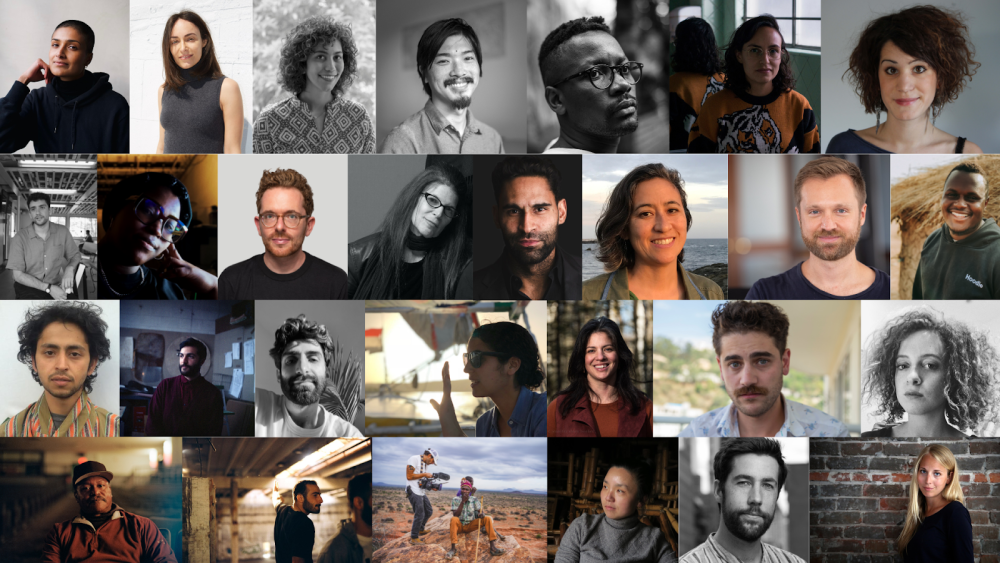 EXCLUSIVE: The Points North Institute today announced recipients of three of its prestigious fellowship programs, ahead of next month’s Camden International Film Festival in Maine.

The trio of programs — the Points North Fellowship, North Star Fellowship, and LEF/CIFF Fellowship — will support a total of 16 documentary projects now in development in the US and a dozen other countries [see full list of projects below].

“Eighty percent of this year’s Points North-supported projects are directed or co-directed by filmmakers from backgrounds historically marginalized or excluded from the film industry,” the institute noted in a release, “including those who identify as BIPOC, LGBTQ+, or as a person with a disability.”

The fellowship programs, consisting of private workshops, screenings, industry meetings and other events, will take place both in-person during the Camden International Film Festival and online. The festival, itself a program of the Points North Institute, unfolds along the bucolic stretch of the Maine coastline.

“Points North’s Artist Programs are designed to connect filmmakers with mentors, funders, and potential collaborators, using the 18th annual Camden International Film Festival (September 15-25) as a platform to build a community of support, nurture the careers of emerging nonfiction storytellers , and help them develop a stronger artistic voice,” the institute said. “[T]he festival and its concurrent filmmaker labs remain one of the country’s largest and most international gatherings of the documentary community.”

“This represents another watershed year for our artist development work,” said Sean Flynn, program director and co-founder of the Points North Institute. “In a rapidly changing industry, independent filmmakers are looking for inspiring spaces like Points North where they can take creative risks, build community, access resources, and develop their projects and careers on their own terms.”

Each of the three fellowships contains a unique focus:

Recipients of the 2022 Points North Fellowship are:

Filmed over the course of four consecutive years during record low annual precipitation in northern Kenya, Between the Rains is a feature collaboration with the Turkana-Ngaremara community that seeks to understand the experiences of a childhood caught within a traditional culture that is a casualty of climate change.

Every month, cows are shipped from Armenia to Iran on cargo planes. As war approaches, people leave their lands behind and follow the path of their herds.

A satirical road movie of two Happiness Agents working for the Happiness Ministry of Bhutan traveling door to door measuring people’s levels of happiness while searching for their own among the remote Himalayan mountains.

Somebody’s Gone is a feature-length documentary about 94-year-old spiritual singer Brother Theotis Taylor told through a remarkable archive of footage collected by his son, Hubert. It merges Hubert’s vast home video archive with contemporary vérité footage to tell the multi-generational, multi-vocal story of Brother Taylor and his sacred music.

The Inventory juxtaposes testimonials of mothers searching for their disappeared sons against a committee of linguists looking for a missing word.

A revolutionary agent is dispatched to steal technology from his colonial oppressors to use against them. Can he help his people without losing himself in the maze of the diaspora?

Recipients of the 2022 North Star Fellowship are:

Coming To You, For You, And About You… Directed and Produced by Alexis McCrimmon

Drawing from archival footage set in the Black media explosion of the 1980s, Coming to you, for you and about you… is a lyrical exploration of unearthed community history.

The cempasúchil flower, used during the Day of the Dead to guide souls back home, travels through a world facing grief from a global pandemic.

In my family, there was long a rumor of a lost Quran that held, on its last page, the outlines of a dense family tree. Every older family member knows of the tree’s existence, but none knows all the entanglements of the branches…

The Taste of Mango Directed by Chloe Abrahams; Produced by Elliott Whitton

A lyrical exploration of motherhood and joy in the face of trauma, The Taste of Mango questions how we can continue loving those who often give us pain in return.

We Believe! Directed and Produced by Janah Elise

Calling not just for socialism in one country, but throughout the galaxy, We Believe! is the story of Juan Posadas, an Argentine who, in the 1960s, appealed for solidarity with extraterrestrials, and whose quixotic beliefs are today legendary in countless memes across the internet and social media. Taking the memeification of Posadas as a point of departure, We Believe! examines our renewed obsession with space travel and UFOs within the context of this forgotten piece of Latin American history, and uncovers a nostalgia for the earnest belief that a better world is possible.

Recipients of the 2022 LEF/CIFF Fellowship are:

From The Land Directed by John Hulsey

From the Land It reflects on the unstable relationship between human life and the land under conditions of economic precarity and environmental decline.

More Than A Name Directed by Sandra Jaffe; Produced by Eric Juhola

When a filmmaker’s adopted Chinese teenager comes out as transgender, she struggles to understand and protect him as he becomes a man during turbulent times.

nine tells the story of Gerald Hankerson as he campaigns to get his former cellmate and father figure out of prison and fights for the men he left behind. It is about the enduring bonds of friendship forged across generations and the power it gives them to fight an oppressive system.

Indigenous people at the forefront of remtriation and land back movements in the Northeastern United States enact traditional knowledge systems that are fundamental to sustain human life on earth.

In addition to the above programs produced and curated by Points North, the institute will welcome three additional fellowship cohorts to this year’s festival. “Brown Girls Doc Mafia, whose mission is to bolster the creative and professional success of women and non-binary people of color working in the documentary film industry, will travel to CIFF with 2022 recipients of the BGDM Black Directors Fellowship and the BGDM Sustainable Artist Fellowship,” according to a release. “The Bay Area Video Coalition will bring the 2022-23 class of nine BAVC MediaMaker Fellows to CIFF for their first convening, where they’ll take industry meetings alongside other Points North-supported filmmakers.”