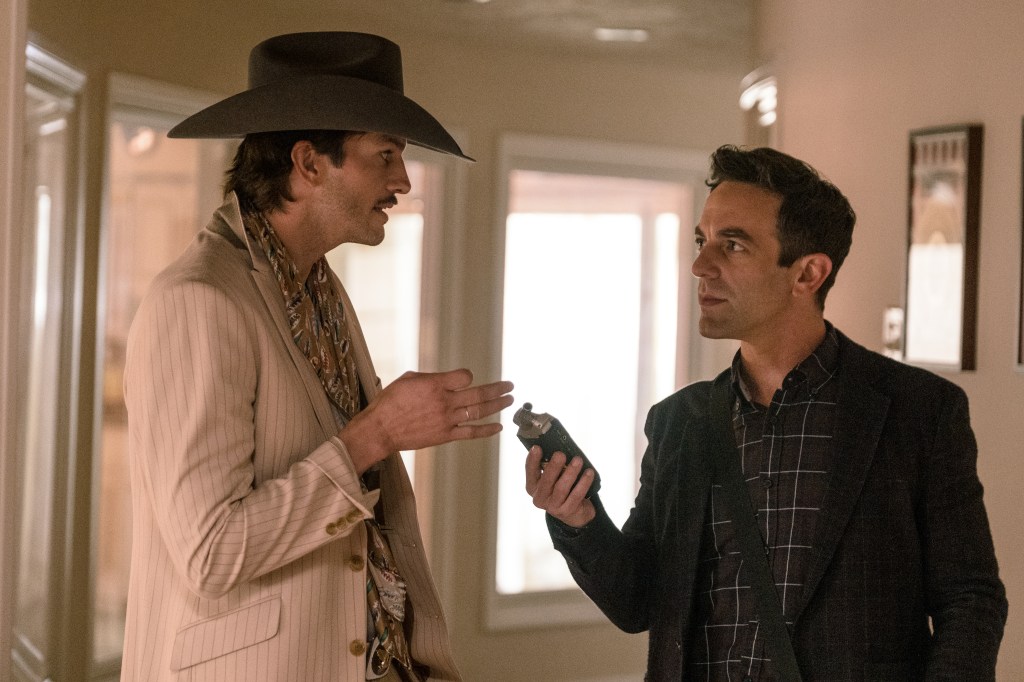 A growing number of consumers are defying the media maze by paying a visit to their neighborhood movie theaters. It’s simpler to buy a ticket than re-subscribing to Netflix or Disney+.

Well, not necessarily. Half way into a new movie this week I realized that I’d mistakenly bought a ticket to a podcast, not a film. At least, the podcast seemed to be the main protagonist. Had I misread the promotion for Vengeanceor had the filmmakers switched mediums mid-production?

In an earlier era, prospective filmgoers could study reviews and festival coverage or scan magazines before buying tickets. Filmmakers themselves were schooled in aiming their films (and budgets) at specific demos. There was strategy amid the chaos.

Filmmakers today often have no idea whether their work may be headed for theaters or streamerville, or what windows may await them.

In some cases, therefore, they apparently change their minds about how to tell their story. The podcast genre, for example, sometimes proves more current or accessible.

During the 1950s and early 1960s directors unexpectedly concluded that conventional film or TV drama had become anachronistic. Audiences were responding to a new genre of live action TV thriller directed by young talents like John Frankenheimer, Arthur Penn and Franklin Schaffner.

Their gripping dramas on Playhouse 90 and rival showcases represented a fresh genre more akin to theater than film, and they were scoring hot ratings as well as awards. Subsequent efforts by the Hollywood studios to import such fare onto their conventional slates failed dismally.

But a new school of creatives today is applying some of these live action concepts to another trendy medium — the podcast. Indeed, podcasters themselves are increasingly turning up as protagonists in films and TV dramas. Podcasters see themselves as today’s story tellers.

That seems to be the subtext of Vengeance, which is a movie, not a podcast, but plays more like a podcast than a movie. The movie finds ‘The Office’ writer/director/actor BJ Novak — who also writes for the New Yorker — as the writer, director, and principal character of a murder mystery set in West Texas.

Novak plays a character named Ben, whose life takes a drastic turn when he’s invited to a funeral. Its his for an occasional girlfriend (there have been many) named Abilene who, it turns out, has been murdered.

As he becomes embroiled in the murder investigation, Ben confronts the girl’s Texas family (welcoming and loveable), local authorities (disinterested) and her circle of Texas friends (bizarre but engaging.)

Ben’s investigation becomes a podcast whose unfolding becomes more engrossing than the movie itself. Much of its opaque dialogue centers on the gun culture, opioids and other cultural stereotypes evidenced by Ben himself – he is a smugly cerebral New Yorker who develops a fish-out-of-water allegiance to Whataburgers and Frito Pie. He also comes to acknowledge that his personal life is even more shallow and transactional than those of the Texans.

The dialogue in Vengeance is often brilliant, perhaps “too clever for its own good,” as one film critic observed. But as a murder mystery, the movie falls short on jeopardy and tension.

While Novak is a relative newcomer to the genre, Vengeance is produced by Jason Blum, whose past work includes get out and a succession of horror hits, and who clearly understands the craft of promotion.

I could only Vengeance in fact have been more effectively made as a podcast rather than as a movie about a podcast? It might have been a safer bet: Podcasting is one arena that may be beyond the reach of Super-Pets.