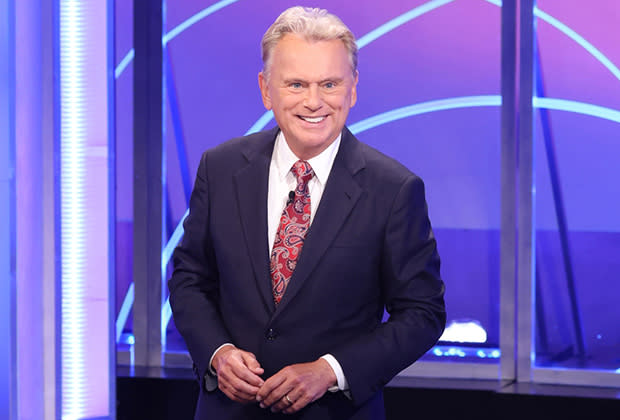 Here’s one puzzle we never wanted to solve: How much longer will Pat Sajak host Wheel of Fortune?

The TV icon is currently celebrating his 40th season of peddling vowels, and in a new interview with EThe strongly suggests that those days could be numbered.

“Years go by fast,” Sajak says. “We’re getting near the end. It’s been a long time [time]. We’re not gonna do this for another 40 years. The end is near. … It’s an honor to have been in people’s living rooms for that long.”

Sajak acknowledges, “In most television shows by this time, you would have said, ‘That’s probably enough,’ but this show will not die.’”

In fact, “it appears I may go before the show,” he jokes.

wheel this week, for its 40th anniversary, it unveiled a new LED-screen puzzleboard, as well as an “XL Week” of shows that put more prize money at stake than ever before.

New executive producer Bellamie Blackstone said in a statement, “I’m looking forward to celebrating all of the ways this show has become a staple in so many living rooms, but also to help it grow so we see its 50th season and beyond. We have a beautiful new puzzleboard. We’re trying to give away the most money ever offered on the syndicated version of the show. But, more than anything, I want our viewers to continue to enjoy this classic game while adding a few new and interesting twists. We are all looking forward to this being our biggest season ever!”

Can you imagine a world where Sajak isn’t hosting wheel? Drop a comment with your thoughts on his new interview below.